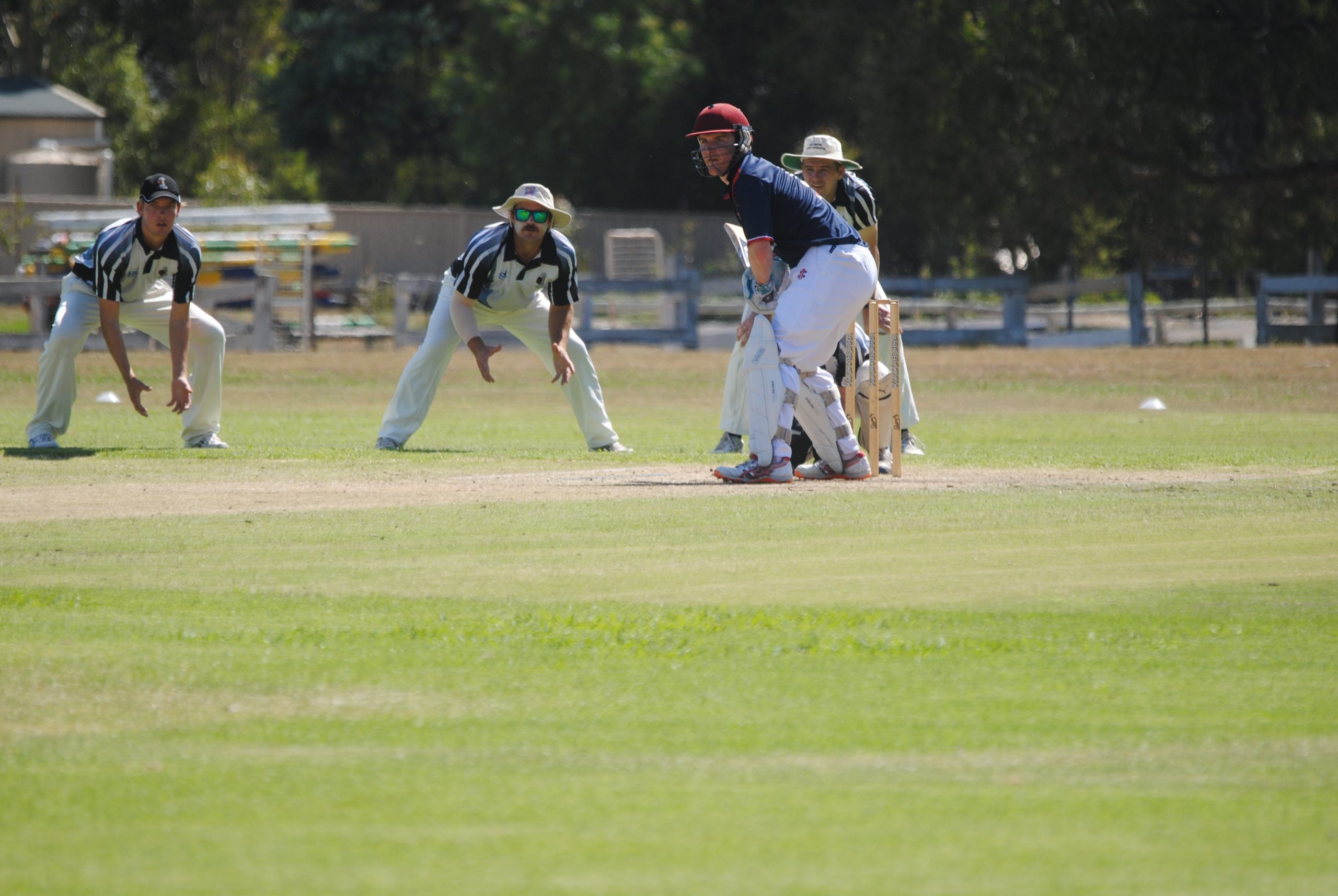 PLAYERS sweltered in the oppressive heat during the final round of Gippsland Cricket League action last Sunday, with the home sides all registering wins.

The results will see Sale-Maffra play Traralgon for the title while the other associations will turn their eye to Country Week, which begins Monday week.

At Briagolong, Sale-Maffra embarrassed Bairnsdale in a match which did not even last a combined 30 overs.

After winning the toss and sending Bairnsdale in, the Sharks were ruthless in their execution, dismissing the visitors for an appalling 43.

The three Jacks each featured in the wickets column for Sale-Maffra, with Jack Wrigglesworth (3-6), Jack Tatterson (3-10) and Jack Rietschel (3-15) all proving a handful.

The Sharks wasted no time in securing the win, bringing up the required total in less than five overs without losing a wicket. Rohan Blandford scored 29 not out against his former Bairnsdale teammates in what was a display which showed why the Sharks are the team to beat this season.

TRARALGON booked itself a finals ticket at Glengarry, chasing down the 210 it needed against Leongatha.

Leongatha openers David Newman and Sam Huitema got their side off to a reasonable start, putting on 50 for the first wicket before Huitema was dismissed. This brought Ben Perry to the crease, as he and Newman built a steady 78-run partnership.

When Perry departed for 32, Newman soon followed for a well made 69.

Throughout the middle order, the Leongatha batsman continued to push the score closer to 200, with Jack Ginnane making 23 and Alex Geyer doing his average no harm with an unbeaten 27.

Tom Shippen was the best performed bowler for Traralgon, taking three of the five wickets to fall.

With the bat, Traralgon lost Frank Marks for a second baller, before Michael Stockdale and Jordan Gilmore combined for a 107-run partnership for the second wicket.

In the finish, virtually all of Traralgon’s runs came from Ex-Student players, with Michael Stockdale (53), Gilmore (68), Jackson McMahon (27) and Lee Stockdale (26 not out) seeing the Tornadoes home in the 46th over five down.

Tim Wightman found some success with the ball for Leongatha, taking 2-44.

A MIGHTY 128 from Nathan Freitag saw Latrobe Valley to a win over Warragul at Peter Siddle Oval, in what was the new association’s second consecutive GCL win.

Without the services of a number of Morwell players who had prior commitments, Latrobe Valley was sent in to bat after losing the toss.

Seventeen-year-old Leo Connolly faced the new ball on debut, along with Freitag, who ended up blasting four sixes during his whirlwind knock.

With plenty of runs to be had, the Latrobe Valley middle order cashed in, with Churchill pair John Keighran (32) and Ryan Ayres (59 not out) both doing damage. Rhys Holdsworth was also among the runs, scoring a near run-a-ball 30 to see Latrobe Valley close at 6-290.

As the Wild Dogs looked for an answer to the Freitag onslaught, the ball was tossed around, with nine bowlers used and only Englishman Max Kelly, taking 2-48, able stem much of the bleeding.

To Warragul’s credit, the Wild Dogs made a decent fist of the run chase, scoring close to 200 before being bowled out with four overs to go.

Jack Armour absorbed some good dots in his innings of 39 at the top of the order, while captain Fraser Duncan made an uncharacteristic 71 from 76 balls. Ryan Harvey was statistically the best bowler for Latrobe Valley, taking 4-20, while Rhys Holdsworth took 2-26.

THE senior GCL final will be played this Sunday at Ted Summerton Reserve, Moe.

Sale-Maffra will also be well-represented in juniors, playing Warragul for the title in both the under 18s and under 16s at Yallourn North and Newborough respectively.