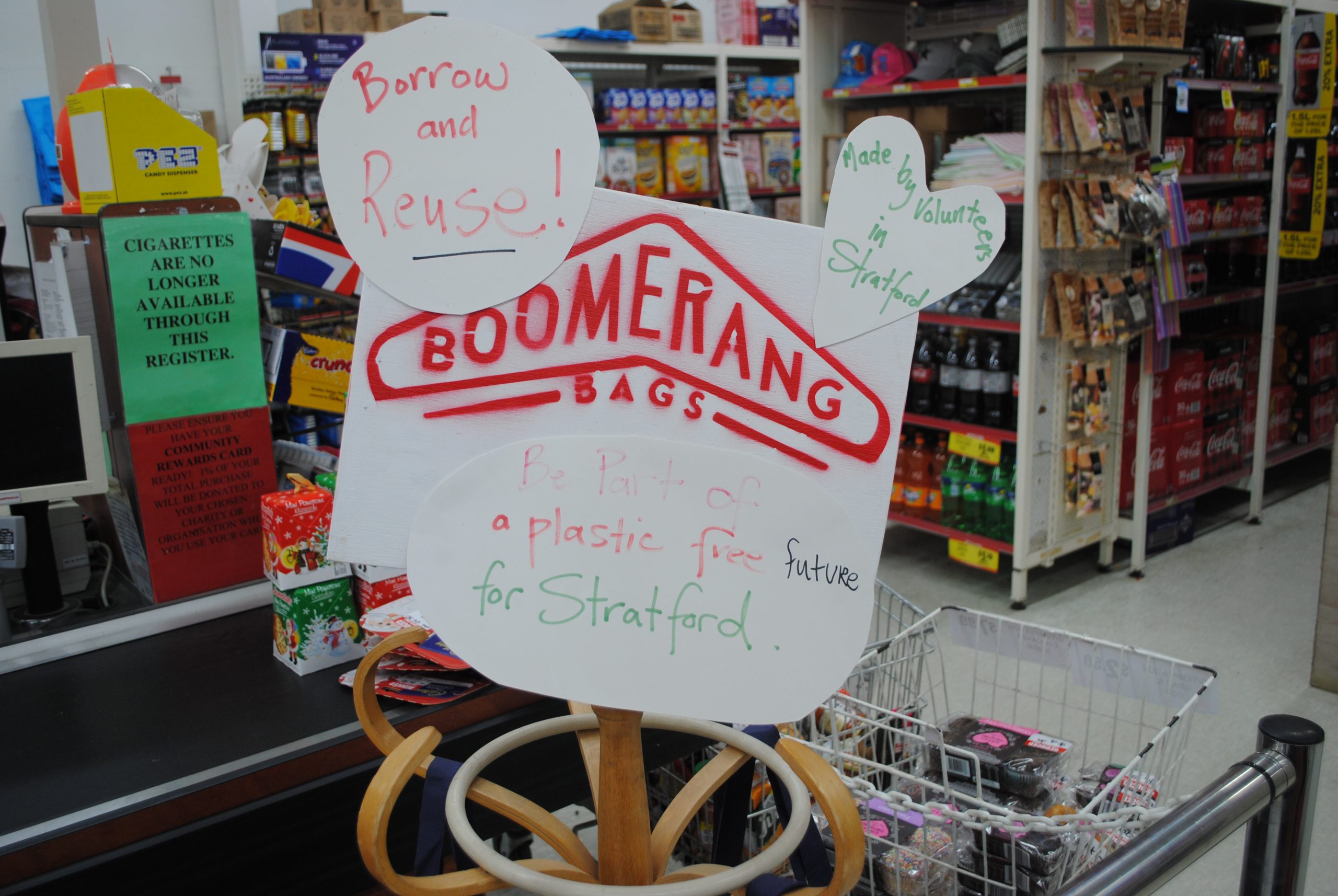 THERE is a quiet revolution going on in Stratford to rid the world, or at least a small part of it, of single-use plastic bags.

Like most supermarket chains, Stratford IGA has scrapped it’s single-use plastic bags, but instead of leaving customers bagless, offers home-made, cloth “boomerang” bags and other recycled bags to be returned to the store for other customers.

The cute, multi-design bags have been stitched by volunteers from Segue Community Hub and Arts Cafe, and have so far been a big hit with shoppers.

Beth Ripper from Seque said the project was a multi-pronged approach to providing a service for shoppers and protecting the environment.

Ms Ripper said shoppers enjoyed the convenience of having complimentary use of the bags.

It won’t be long before the state government bans all lightweight plastic shopping bags, which kill thousands of marine creatures every year. According to the Australian Marine Conservation Society, eight million tons of plastic — much of it plastic bags is dumped into the oceans annually.

The National Retail Association has announced it will partner with the state government ahead of the ban on lightweight plastic shopping bags, due to come into effect by the end of this year.

With Victoria introducing a ban, all Australian states  and territories, except New South Wales, will have bag bans in place by the end of 2019.

NRA industry policy manager David Stout said the Victorian bag ban was the first step, not the only step, in reducing plastic pollution across the state.

Mr Stout said the positive affect of bag bans on communities around Australia also provides encouragement Victorians will embrace the ban with enthusiasm.

“In Queensland, which introduced its ban six months ago, the majority of shoppers had adjusted extremely well to bringing their own bags, and are not replacing like-for-like with compliant bags, so much so that retailers are reporting up to 90 per cent drop in total bag consumption,” he said..

“We are also continuing to work with retailers and state governments on further initiatives to help reduce plastic pollution and improve Australia’s environment,” Mr Stout said.

The NRA will begin its engagement with Victorian retailers in March, including the launch of a website and phone number for accessing information about the ban.

More information on plastic bag bans across Australia can be found at www.bagban.com.au, or by phoning the NRA’s Bag Ban Hotline on 1800 817 723.