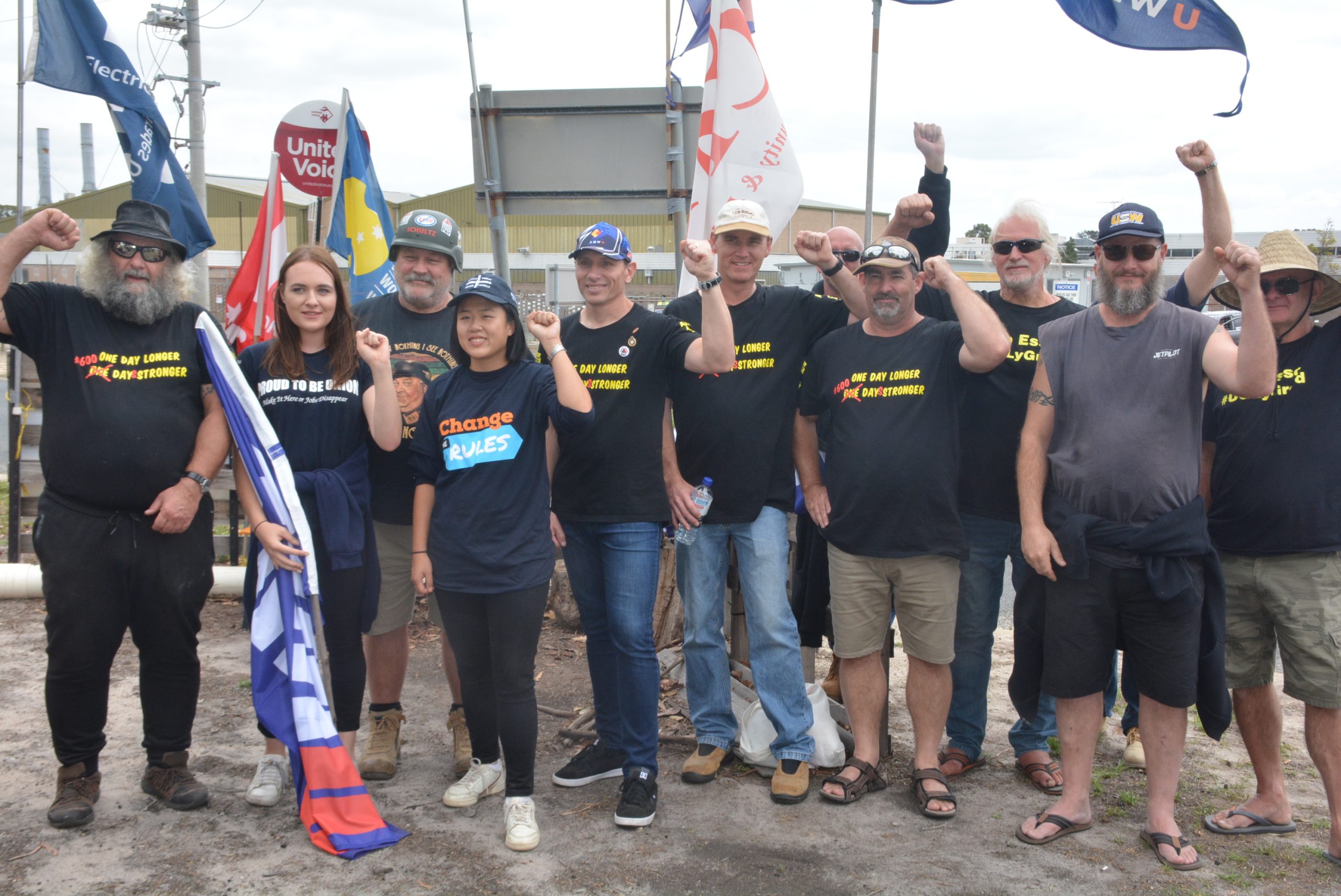 PROTESTORS chanted “Union! Power!” and sung Queen’s We Are The Champions as the “EssoUGLY” dispute clocked over to more than 600 days last Thursday.

Former Longford Gas Plants workers were joined by members of the Independent Education Union and the Australian Manufacturing Workers Union to show solidarity and support.

AMWU delegate Troy Carter had just returned from Canberra, where he lobbied with Members of Parliament in the lead up to the federal election.

“We spent three days in Canberra and we met with a number of politicians who are influential within their seats that they hold, and we feel that we’ve come away from there with some good outcomes — we’ve put in place some good asks that we think is positive,” Mr Carter said.

“Richard Owen from Exxon has been moved on to a new role in special projects so there’s a new lead country manager coming into Australia, which could be significant in terms of where we go to from here, or it could be insignificant — we’re not sure.”

Despite the seemingly never-ending nature of the dispute, Mr Carter was optimistic that by continuing the campaign an outcome would eventuate, saying the support received both at home and overseas had been overwhelming.

“The international support is just amazing, we’re getting a lot of support from the UK, from Texas in the US, we get letters of support or solidarity to find out that other people are getting results or using this as an example to draw strength from.

“The United Steel Workers had a dispute over in Boston with another oil and gas company and those workers were out for a number of months and they took a leaf out of our book and they had a win and got to go back to work which is just massive to know that they drew a bit of inspiration from this dispute.”

The dispute is now the second longest running in Australia’s history.

“It certainly wasn’t a record we set out to achieve, we said we’ll be here for as long as it takes, and no one ever envisaged it would go this long or even longer,” Mr Carter said.

“It’s sad that we have to go to these measures and it’s sad that it’s a process that people from both sides are getting hurt but it’s good to know that we’ve still got people behind us and by working together we can hopefully achieve some legislation changes to prevent this sort of thing happening to anyone else.”

The campaign will receive a boost soon when the shadow assistant minister for workplace relations Lisa Chesters visits the group on March 21.