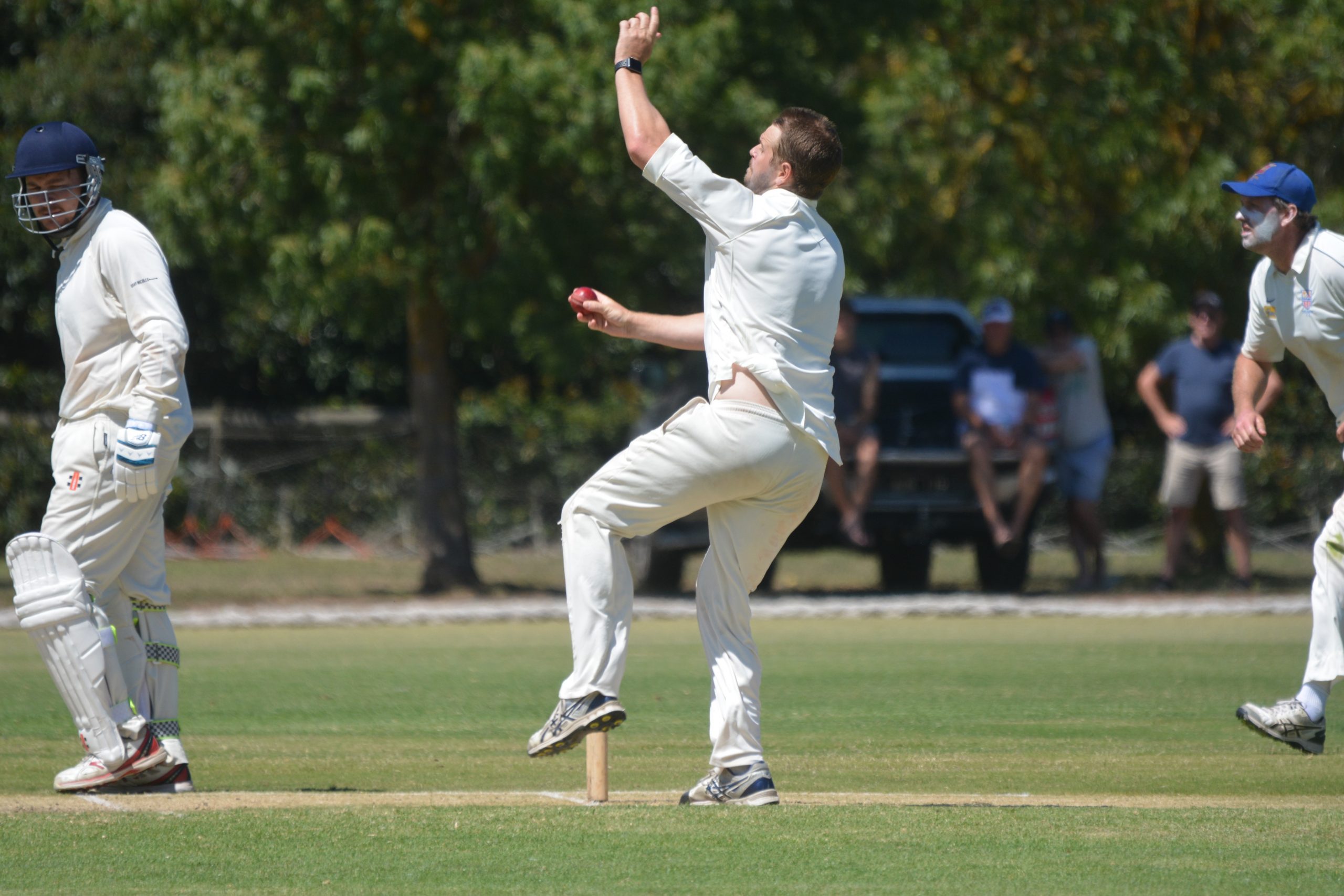 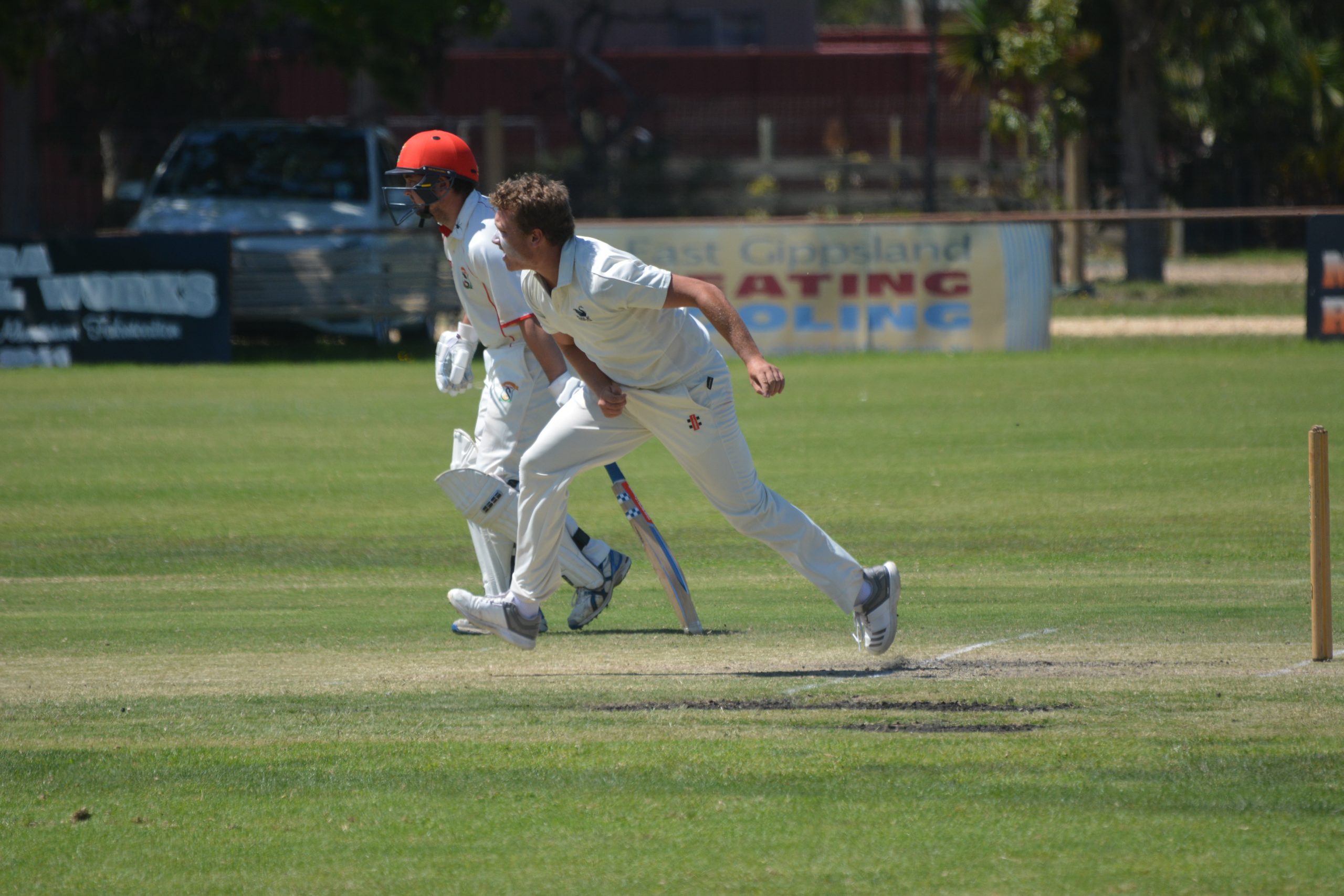 COLLEGIANS sealed the Sale-Maffra cricket minor premiership with a 25-run victory over Bundalaguah on Saturday.

Following the results in the penultimate round, only one team from outside the top four, Boisdale-Briagolong, can force its way into the finals.

Bundalaguah could lose its top two spot, with three teams able to replace it and claim a home semi-final.

A VICTORY for Collegians in the top of the table clash at Bundalaguah seemed unlikely after the first day of the match, when it was bowled out for 139.

Losing Gayashan Munsinge and Nathan Hibbins in quick succession, the hosts were in trouble at 5-58.

Bulls captain Sam Bedggood and Sam Tudor appeared to steady the ship, but the partnership ended at 35 runs when the skipper was run-out for 22. Tudor was bowled by Tatterson for 19, with the Bulls now 7-94.

The Bundalaguah tail didn’t wag as Tatterson claimed two more wickets to bowl the Bulls out for 114. Tatterson bowled 23 overs for figures of 5-27.

Stuart Anderson claimed the final wicket to go with the key scalp of Cloete Buitendag from day one, to finish with 2-35.

Collegians batted a second time for eight overs, reaching 1-44 before an end to the match was called. Isaac Love and Jayden Allison were both unbeaten, on 21 and 15 respectively.

Collegians is now more than 10 points ahead of Bundalaguah on the ladder.

Only two points ahead of third-placed Maffra, the Bulls will need to defeat Rosedale-Kilmany in the final round to confirm a home semi-final.

MAFFRA extended its lead over fourth-placed Sale to four points after claiming an outright victory over Longford at Stephenson Park.

After bowling the Lizards out for 127 the previous week, the Eagles began the second day needing only 46 more runs to win with eight wickets in hand.

The visitors won with six wickets to spare.

Coming together at 4-86, captain Josh Davis and Cooper Bailey saw the Eagles to a first innings victory with their 66-run partnership. The stand ended when Davis was caught and bowled by Sam Baugh for 58.

Bailey continued the charge until he was caught off Connor Lay’s bowling for 55. This brought about a declaration on 8-185, giving it a lead of 58.

Lay was the pick of the Longford bowlers, finishing with 3-32, while Baugh claimed 2-28.

Needing to bat out 55 overs to avoid outright defeat, the Lizards only lasted until the 45th, all out for 53, six short of making the Eagles bat again.

Jim Beaumont claimed 4-24, with Grant Thornton and Davis both took two wickets. Baugh top-scored for the Lizards with 18.

STRATFORD lost 7-30 on Saturday in going down to Sale at home.

Ben Jones was the chief destroyer for the Swans, taking 6-28.

In reply to Sale’s meagre 122, the Redbacks began the second day in a reasonable position, at 3-55. But the Redbacks were soon on the back foot, when Louis Brown and Chris Aurisch were dismissed by Jones.

When Lewis Bolton was caught behind off Jones’ bowling for 23, Stratford was 6-62.

Dylan Bolton and Simon Williams took the score to 78, when the latter was caught by Rohan Blandford off Jones’ bowling for seven.

At 84, Simon Waixel was run-out for four, when without another run added, Bolton was on his way to the pavilion — again caught Blandford, bowled Jones — for 14.

The innings ended soon after on 85, when Will Mayne was dismissed.

Kerrod Macgregor-Davies claimed three wickets and Jake Rietschel two for the Redbacks, who are now 12 points outside the top four.

The result keeps the Saints only 0.03 of a point outside the top four, and the Warriors 12 and out of finals contention.

Beginning the day on precarious 2-9 in reply to the home side’s 229, the Warriors were 5-31 until Cameron Freshwater and Craig Alcock began their attempt to rescue the chase.

The pair put on 66 runs for the sixth wicket until Alcock was out for 24, dismissed by Jonathon Beech.

Todd Mann claimed the key wicket of Freshwater for 53, leaving the Warriors 7-115.

Dylan Rowley and Michael Walters took the score to 140 before the latter was trapped in front of his stumps by Mann for 10.

The Saints will play Maffra in a match which will have huge implications on both sides’ finals hopes.