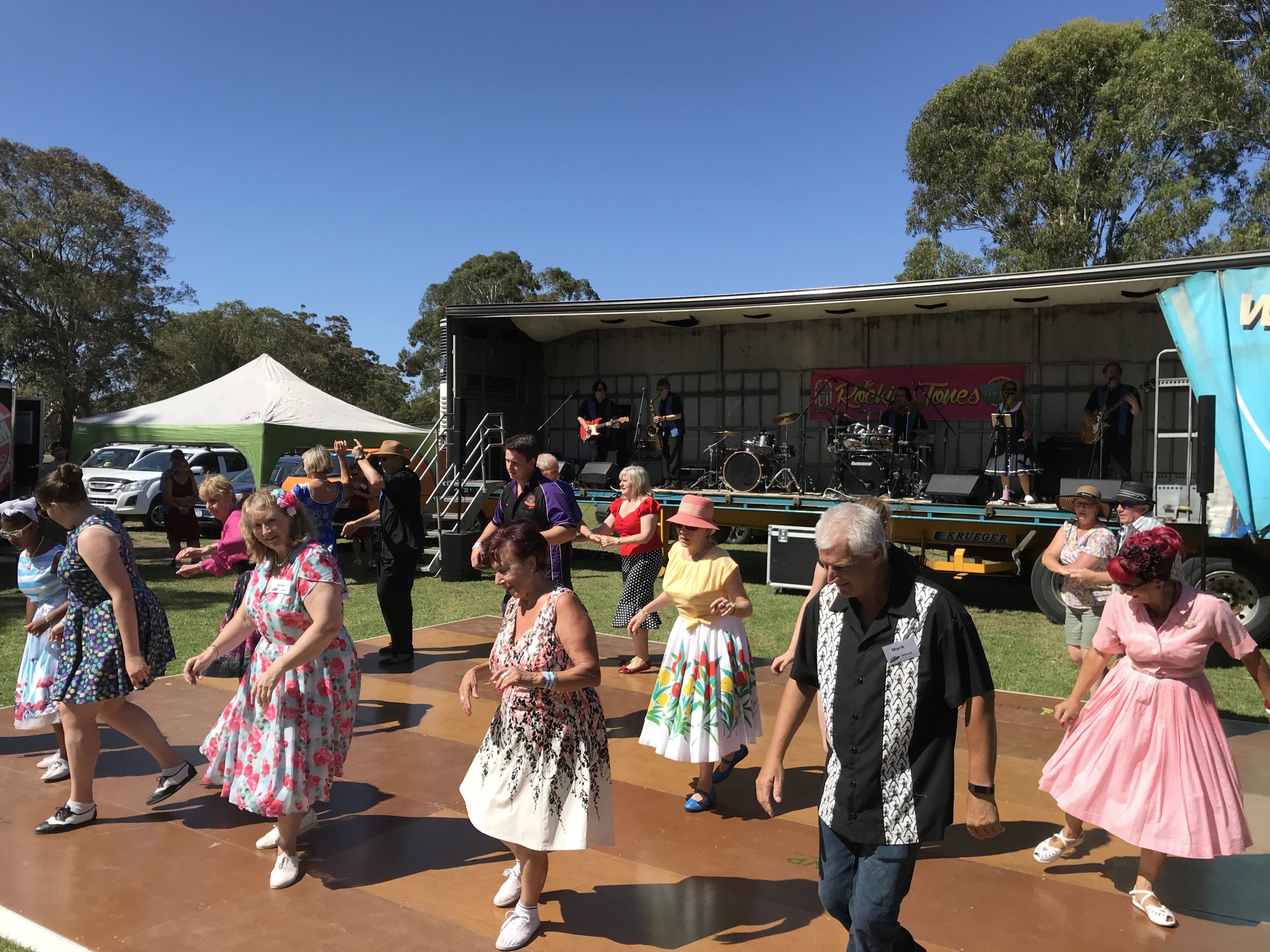 ROCK and roll enthusiasts were treated to a three day extravaganza throughout Sale last week, as revellers stepped back into the 1950’s and 60’s to relive one of the most defining eras of music history.

While it may be hard to believe, people did once live without smart phones, tablets or social media, and even had to use books to source information.

With vintage cars, food trucks and fashion from the day, there was plenty of colour and merriment as bands played classics from the likes of Chuck Berry, Elvis and Frank Sinatra.

Those growing up in the era will recall the ‘nuclear family’ where households became more modern, with many appliances that are now taken for granted invented or perfected throughout the 1950’s, with the average middle class household holding a television, dishwasher, electric appliances and much more.

This era led to what became known as the ‘Swinging Sixties’, which saw a relaxation of social taboos especially relating to racism and sexism, due to the emergence of a wide range of music.

From a folk music revival, to the Beatles revolution, to the serious lyrics of Bob Dylan and Paul Simon, norms of all kind were broken down, especially in regards to civil rights.

The festival, into its fifth year, raised money for Ronald McDonald House Charity, and attracted people from local regions as well as interstate.