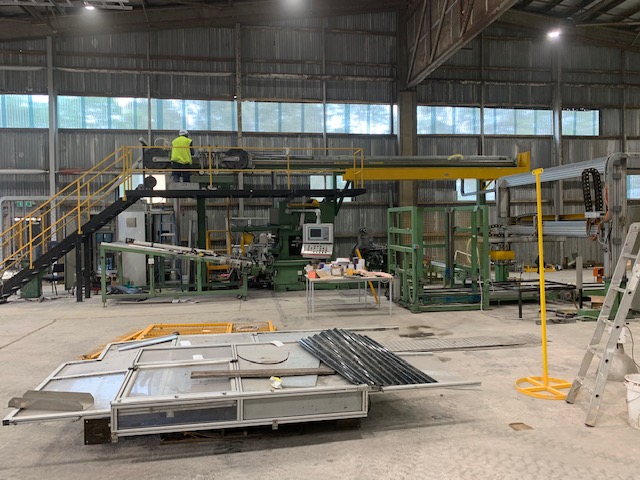 EQUIPMENT has arrived at a new $5.8 million low voltage insulated copper cable manufacturing plant which is being established in Rosedale.

Bambach Wires and Cables, owned by ASX-listed Energy Technologies, has announced the first pieces of equipment bought from Advance Cables in Dandenong are arriving at its recently-refurbished factory site.

Bambach Wires and Cables last year secured $2.9 million from the federal government through the Regional Jobs and Investment Packages grant, which enabled it to secure a property at 40 Willing Rd and undertake refurbishment and acquire equipment for installation and production.

The Rosedale facility, formerly the Rosedale Tannery, is a 10,000 square metre factory, on 49 hectares of land.

It has modern offices and ample room for expansion.

The facility is anticipated to produce more than 200 tonnes of finished cable products per month once fully operational.

Bambach’s current facility in northern Sydney is constrained to a maximum 30 tonnes of finished product per month.

The Rosedale facility will enable Bambach to reduce current lead times from 10 weeks to less than four, to make much larger cables up to 630 square milimetres in size as opposed to the current 120mm2 constraint, and to produce cables in a far more cost efficient manner.

Bambach has already employed six local staff, and will have up to 10 people relocating to the area from its Sydney factory in the next few months.

It says more people are being interviewed, with the next intake of employees expected to occur later this month.

Initial production runs are expected to begin in April and by the end of this year, the company says about 40 to 50 people will be employed at the Rosedale site.

Bambach managing director Alf Chown said the government funding enabled the company to remedy a range of problems it faced as a small, struggling business.

“The grant enables old, inefficient equipment to be replaced with modern efficient and much larger equipment, capable of producing cable three to four times faster and five times larger,” he said.

“A severely cramped and very expensive factory in Sydney (in terms of rent) can now be substituted with a spacious and well laid out factory at a third of the rent, and there is more than ample room for expansion in the future.

“The support from the local community has been amazing,” Mr Chown said.

“Wellington Shire Council and the Latrobe Valley Development Authority have held Bambach’s hand throughout this process, which has included introducing quality suppliers aiding in planning and assisting at every twist and turn.

“Staff recruited to date have been exceptional in terms of their skill base, attitude, and ability to work.

“Their effort has enabled works projected to take weeks to be completed in half the time.

“From the Rosedale post office, the local publican to bakery and the coffee shop, and all of the 3847 postcode, Bambach has been welcomed and supported.”

The relocation to Rosedale will include the refurbishment of the existing factory building, equipment installation, establishment of a test laboratory, and recruitment and training of personnel to produce newly-developed cables for use in infrastructure and defence-related projects.

Wellington Shire mayor Alan Hall said council’s economic development team had been working with Bambach for some time to assist in establishing the Rosedale facility and application for government funding.

“Bambach has a commitment to use local contractors and trades, and they have already employed about 10 locals in permanent roles,” he said.

“We understand that the company will soon be advertising another 10 or so permanent roles, and we see this as a win for our local economy and for jobs growth in our region.”