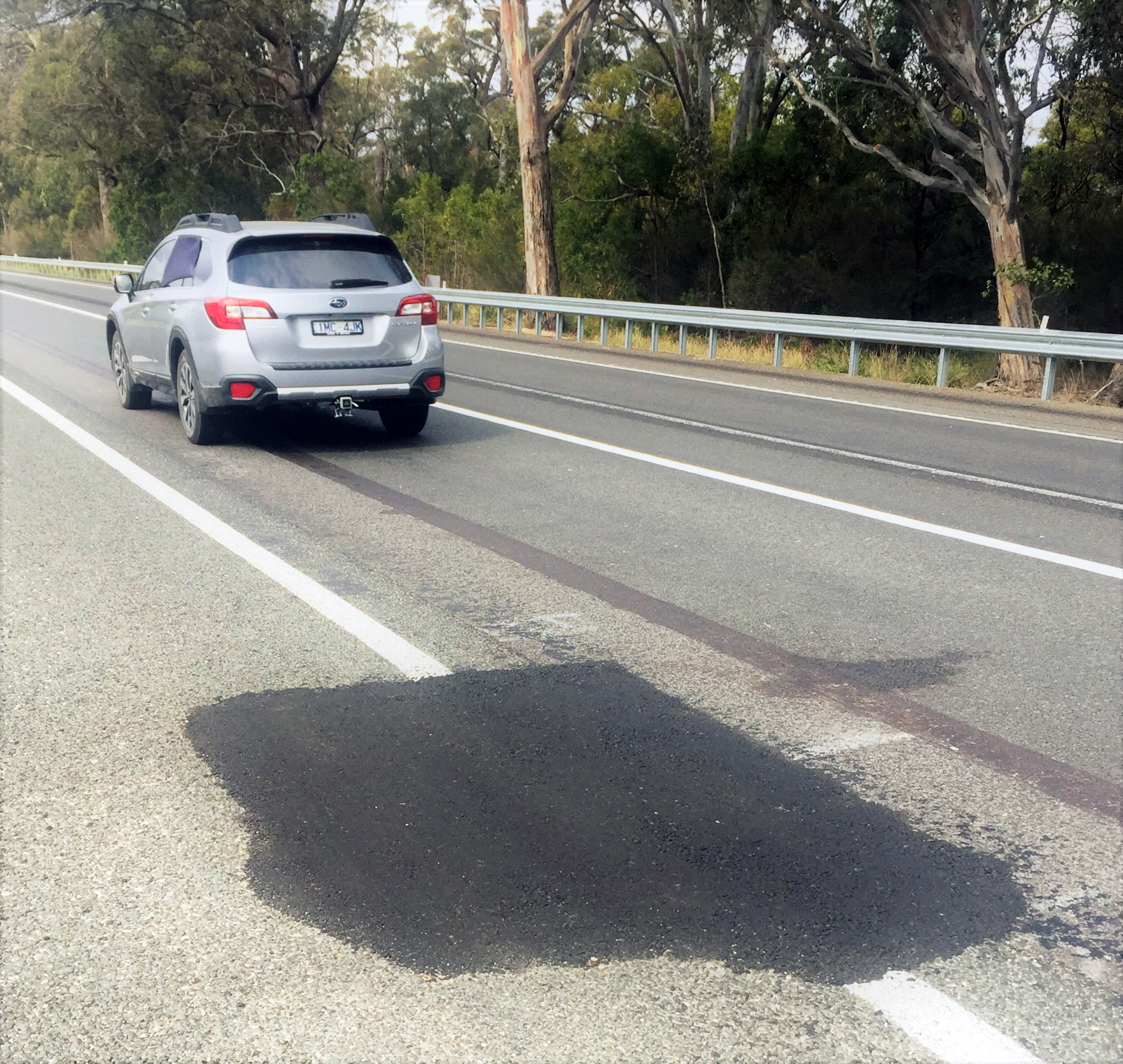 Mr Bull said he raised the issues in state parliament after having spoken to former and current roads workers, who all shared the same view, with some now referring to the road as the “Princes Track”.

“I am certainly not a road construction expert, but when you have people who know their trade well, all telling you the construction process is flawed, you take notice,” he said.

“The issue raised is that the centre road line (which was a single line) has been widened to 1.4 metres to cater for centre of the road barriers that are already in place from Sale to Stratford and are about to be installed from Stratford to Bairnsdale.

“This centre widening has pushed vehicles further left than they were travelling before, in many cases outside the old ripple strips, which were the road edge.

“The problem is, this area of road where the cars, trucks and buses are now travelling (the old shoulder) was built to standard of being a ‘non-trafficable shoulder’, meaning it is a surface built to a lesser standard, as it was never meant to take regular traffic loads.

“The advice I am receiving is this is why the road is constantly failing – there’s a strip that is now taking large traffic volumes it was not constructed for.

“I am led to believe this has been raised with Safe System Road Infrastructure Program which is overseeing these works – and VicRoads – with a request that it be addressed, but my advice is that it has fallen on deaf ears.”

Mr Bull said if the information was correct, it was not the fault of the contractors, but the scope of works under the contract. He said the many road failures in this area would indicate it is correct.

“There are other concerns that have been raised, including the new shoulder having a ‘lip’ where it meets the old road, which will hold water and cause failure, and the lack of table drains in certain areas.

“This whole thing is a mess and needs to be halted while concerns are addressed.”

Last week a state government spokesperson confirmed works to improve the state of the Princes Highway between Sale and Stratford were set to go ahead in coming weeks, attributing some of the problems plaguing the newly-upgraded highway to “road bleeding”.

The spokesperson said while barrier works on the section of road between Sale and Stratford were completed late last year, the final road shoulder sealing and associated road markings were still to be completed.