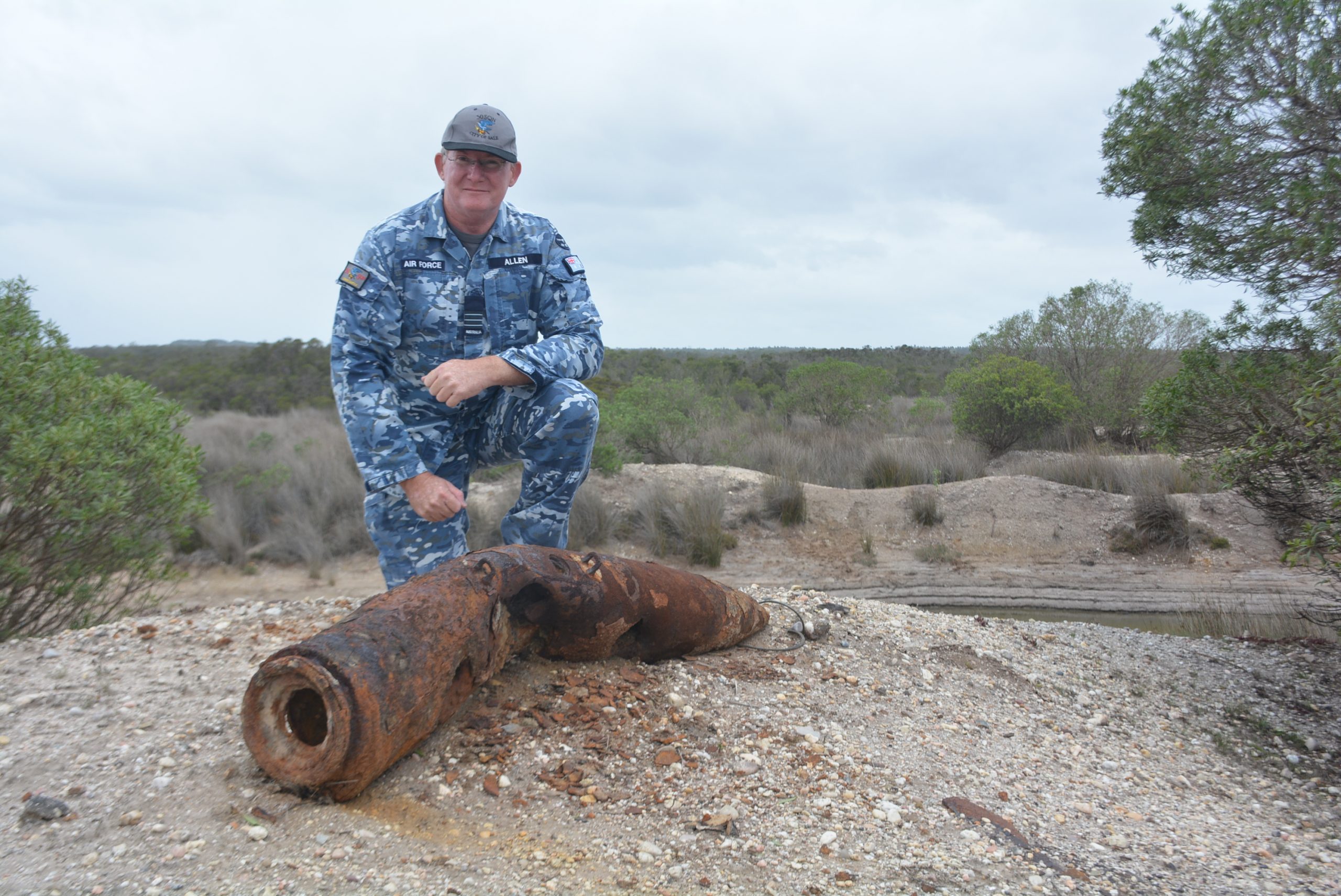 THE Defence Department is warning hunters and other trespassers to heed signs around the Dutson air weapons range, following an incident last week where tresspassers wandered into the thick of a night training session.

Defence says unexploded and unstable ammunition dating back to World War 2 is on the range, adding training regularly takes place at the site to this day.

It is urging unauthorised people to stay away from the area for their own safety.

Up until 2000, the 3000 hectare parcel of land was a Defence air weapons range, used for high explosive practice bombing, rocketry and air-toground gunnery.

Between 1960 and 2000 more than more than 180 bombs were recorded as dropped but unexploded, and have not been found.

While the air range has been inactive since 2000, the cleared parts of the range are now used by Defence for small arms training and an explosives range, as well as by Victoria Police and other government agencies.

The high-powered rifles used by Defence at the angled range, which fans out, have a trace range of six kilometres – stopping just short of Poddy Bay on Lake Wellington.

This means people do not need to be anywhere near the training ground’s rifle range to be significantly injured, or worse, by a ricochet or missed shot.

A lot of the range is under water as it abuts Lake Wellington, which has caused some hunters to consider the range as a duck and deer hunting location.

While signs in place every 100 metres along the fenced boundary and in the water warn of the danger, this has not been enough to deter some trespassers, with three incidents in the past six months.

Wing Commander James Allen said the trespassers were putting themselves in significant danger.

“They’re the ones that we’ve detected,” he said.

“It’s quite possible some are walking around undetected, particularly at night.

“If people have to cross a fence, they know it’s not the right thing.”

Last week’s trespassing incident happened about 9.40pm, and could have resulted in tragedy.

Wing Commander Allen said the increasing training use of this range presented a heightened risk to authorised personnel as well, as hunters using high powered guns posed a risk to those training.

Defence has begun to employ extra measures to deter trespassers, such as lights to alert people to activity taking place on the range, enhanced signage and drone surveillance.

It is working with Victoria Police to increase surveillance during the duck hunting season, and this will be continued through Hog Deer hunting season, which will begin on Monday.

It is an offence, under section 89 and 89a of the Commonwealth Crimes Act to trespass on Defence land, and for trespassers to discharge firearms on or over Commonwealth Land.