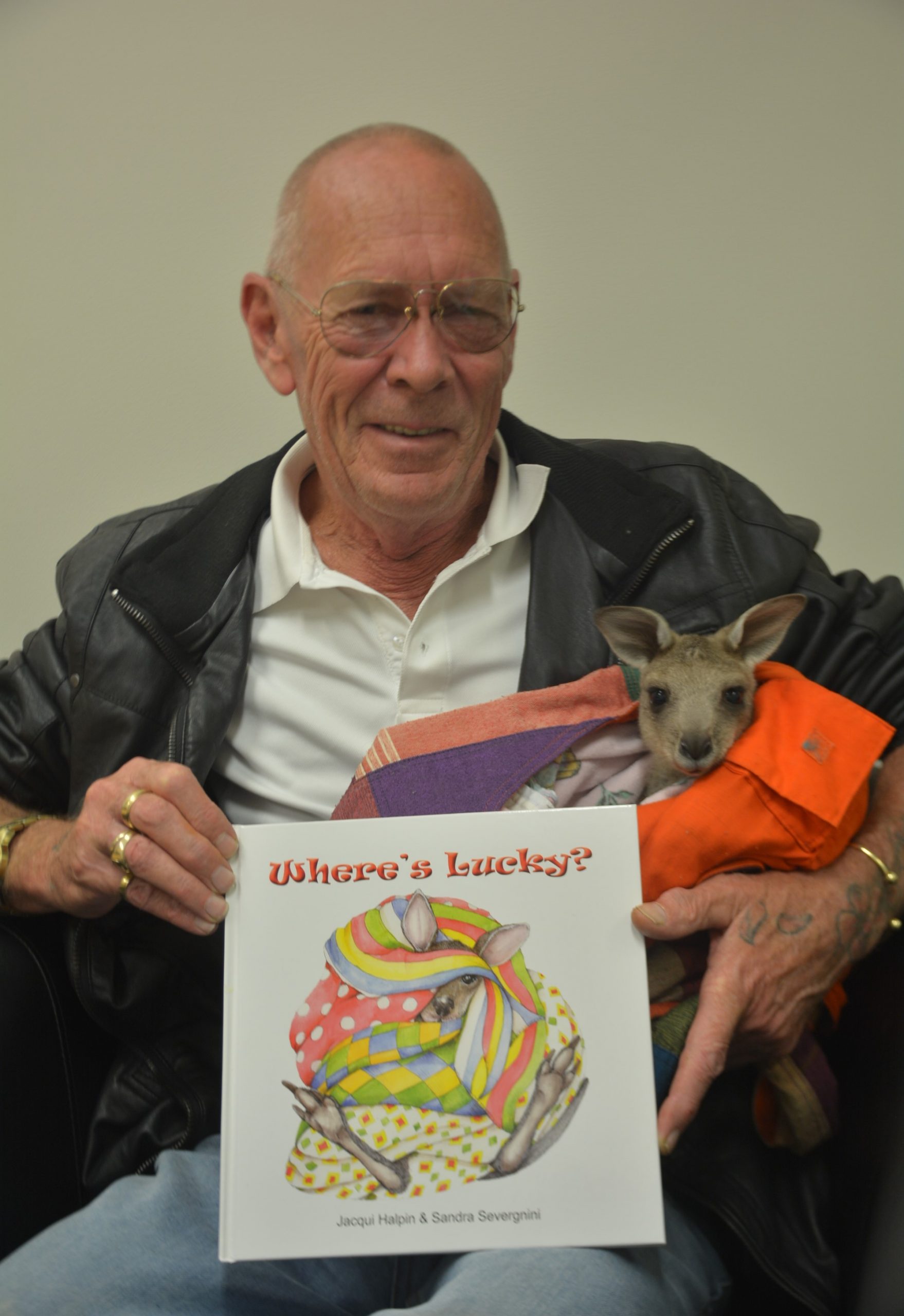 THE trials and tribulations of Gippsland’s kangaroos and wallabies could soon be a topic of discussion in households around the world, thanks to a caring couple who devote their lives to the love, care and rehabilitations of these iconic creatures.

A children’s book based on the antics of Lucky, a cute swamp wallaby rescued by Golden Beach couple Theresa and Tony ‘Scruff’ Matthews, was released last week at Collins booksellers in Sale.

The book, Where’s Lucky?, has come out ahead of a television program due to be aired this year on American TV channel Animal Planet, documenting the heart-warming and occasionally heart-breaking volunteer efforts of the duo.

Theresa and her husband run a government-registered wildlife shelter which rescues and rehabilitates hundreds of native animals every year – mainly macropods.

It’s an emotionally draining and costly job that few people would give up their financial freedoms for, with many of the animals that come to the shelter having injuries so severe they can’t be saved, despite treatment.

The Matthews do it all for love, spending their own incomes to feed and care for the animals, which would otherwise suffer in pain.

Where’s Lucky? came about after author Jacqui Halpin and illustrator Sandra Severgnini began following Facebook posts about the swamp wallaby’s knack for getting into mischief.

Tony said the marsupial, which is still in rehabilitation at the couple’s shelter, had a funny habit of hiding in the most unsuspecting places, “like the washing basket”.

The beautifully illustrated read humorously tells how Lucky gets into lots of places he shouldn’t, and poses the question to readers ”Where will they find Lucky next?”.

It’s also an amusing tale about the delights and difficulties of caring for orphaned joeys.

To help Theresa and Tony continue their volunteer work, a percentage of the income for the book will be donated to Our Haven Wildlife Shelter.

To see more of what the volunteers at Our Haven Wildlife Shelter do, visit www.facebook.com/ourhavenwildlifeshelter.