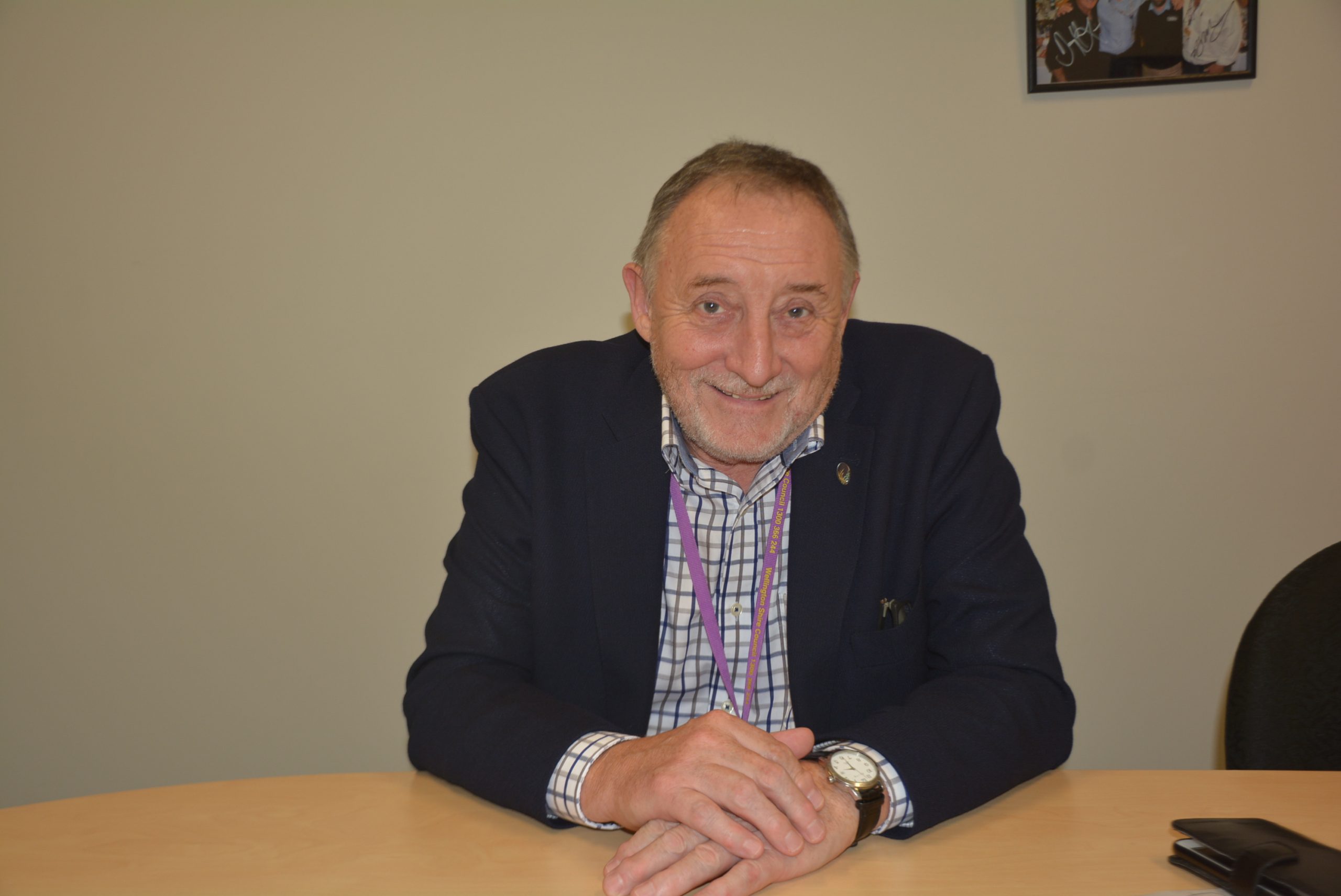 WELLINGTON Shire’s first-time mayor Alan Hall has a friendly, open face and a disarmingly convivial manner that doesn’t seem to gel with his bureaucratic background as a high flying accountant.

But it does suit his “other” career behind the bar, pouring the beer, chin wagging with the locals, and dishing out advice.

So who is Alan Hall, this year’s mayor of Wellington Shire?

For 12 years, while taking a break from the corporate world, he was the publican at the Marina Hotel Loch Sport with his wife Jill, cementing himself in the community and learning a lot about local issues and how to listen.

It’s a skill that has primed him well for the mayoral role, and he’s finding the ceremonial robe a good fit.

The devoted family man and father of two says he has always drawn on the adage ‘treat people the way you would want to be treated’ in his dealings with others, whether it’s in the fast-paced world of high finance, at home, in the pub, or in his municipal dealings.

“I try to model the behaviours I’d like to see in others,” he said.

“It helps that I really like people, and I love to listen.”

Although he has a finance background, Cr Hall says his role as mayor is not an operational one, but more strategic, – “it’s an open dialogue, I talk to people, I hear what’s really important and take those things back to council”.

Cr Hall is a relatively new councillor, having been elected in 2016 when the Victorian Electoral Commission decided to subdivide Wellington into wards, but he is certainly not new to municipal goings-on.

His first council experience came at the age of 16, when Melbourne neighbours presented a petition to stop his band practising in the suburban street.

“I can pretty confidently say I was the youngest person in the council chambers on that day,” he said.

That early experience of democracy obviously stuck with him longer than his passion for music, and perhaps sealed his future involvement in local government.

In his early working days, Cr Hall tried a few things, including a two-year stint droving cattle, before studying accountancy.

With his background, his head for figures and “a reasonable eye for detail”, Cr Hall is a good addition to the councillor mix, and is well placed to understand the complexities of big budgets and how to manage them.

Following a career as an accountant mostly in the health sector, he became the City of Ballarat finance director.

As a councillor, he’s happy to leave managing the council’s finances to others, and to be a conduit for residents and responsibly advocate for projects that will make the shire a better place to live and work.

The mayoral role is a tough one in these trying times for the shire, with farmers suffering and many businesses feeling the pinch.

Add to that the challenges that come with a large shire with a relatively small population and without the financial capacity of some of its neighbours.

“It’s a tough time for many people in the shire, particularly farmers, but we’re looking to see what initiatives we can put in place in his budget,” he said.

Wellington Shire’s budget is already predicated on providing a 20 per cent differential rate for farmers.

“We’re probably at the leading edge on that – we discount more than some others,” Cr Hall said.

He said there was no doubt the potable water initiative had been well received in the shire, and other measures were being looked at.

Cr Hall said any injection into the local economy would help, “but we have to work within the government’s guidelines”.

Another challenge Cr Hall is passionate about is bringing people to the shire.

“We need to grow the populations of some of our smaller towns, such as Loch Sport and Port Albert, to a critical mass so they’re not so reliant on tourism, which is seasonable,” he said.

“Loch Sport dropped by 300 permanent people when we were running the hotel, and that has to have a significant effect on the community.

“We have these unique, special places in the shire, and we need to look at how we can build up some of our smaller communities so they are sustainable.”

Cr Hall believes the shire has so much to offer visitors, with Sale as “an important tourism hub” in its own right, and satellite towns providing their own unique coastal, country or bush experiences.

He said so far in his mayoral role he had been “pleasantly supported” by the community to get to know what was going on all over the shire.

“I was always aware of my own Loch Sport community, but as a councillor and now mayor I’ve been out and about a lot and discovered what’s going on in other communities,” he said.

“There is so much to offer in Wellington Shire.”