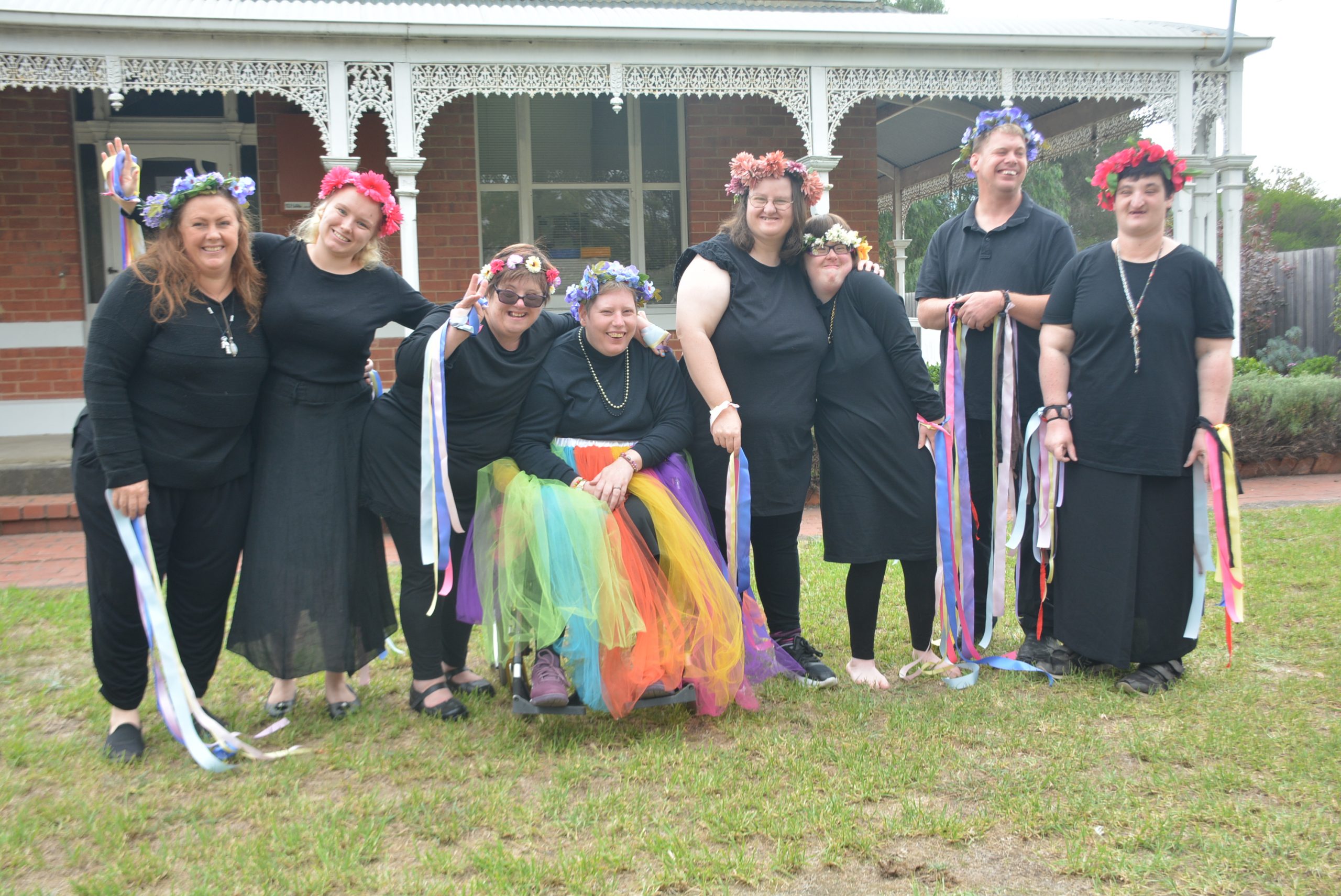 PARTICIPANTS at George Gray Centre, Sale, have been slogging away behind the scenes on a showstopper of a performance.

The cast and crew are readying themselves for the much anticipated premier performance of Shakespeare Spectacular, which will debut at Stratford’s Shakespeare on the River Festival.

The Gippsland Times was treated to a special preview performance last week.

The spookiness of the witches from Macbeth menacingly creeping around the cauldron was chilling, but the cast’s transition into court jesters that dance to the hauntingly beautiful Send in the Clowns was seamless.

Finally, the whimsy of the mystical fairies that delicately prance about and cast spells on young lovers, with a special solo performance from a cast member whose grace has to be seen to be believed, was extremely moving.

The Gippsland Times enjoyed the performance so much, we give the George Gray Centre drama group five stars.

Speaking after the performance, one of the production’s stars, Maddy Farmer, who plays a witch, a clown and a fairy, explained her favourite role.

“My most favourite of all is the fairies … it’s balletish, and I love ballet, I love dancing,” she said.

“You have to turn nervousness, into excitement, and I’m very excited -I can’t wait for this moment!”

Maddy has completely memorised an impressive chunk of Shakespeare’s Macbeth for her role as a witch, and is likely to put even the biggest fans of the bard to shame with her flawless repetition of Shakespearean prose.

It is this skill that has solidified Maddy as the star, alongside Dwayne Clohesy, in the group’s next production, which will land somewhere between Sister Act and the Sound of Music with a comedic twist, to be performed at The Wedge in December.

The Gippsland Times has been made privvy to a sneak peek of the script, and it looks to be hilarious.

All of this has been under the direction of local personality, dairy farmer and theatre enthusiast Steve Dwyer, who holds a drama workshop with the group on Wednesdays.

“I’m a dairy farmer – I don’t profess to be a disability worker … they’re not shy about giving me plenty of advice on how to direct,” he laughed.

The former director of the Shakespeare Festival and Sale Theatre Company said he’d noticed lots of progress in the group, with many budding actors progressing from quiet and embarrassed to coming completely out of their shells.

“They just love being out there – they’re all very excited,” he said.

Steve is supported by disability support worker Martine Carrington, who helps the drama group, as well as holding an art group, and facilitating the George Gray Choir.

The George Gray Choir, which will accompany the drama group and sing during transitions, will also perform on the opening night of the Shakespeare Festival.

“They did a performance at the Port of Sale, at Foster Place, at Laurina Lodge (in Heyfield) and the next one will be at the Shakespeare Festival.”

She said she felt as though the drama group had really developed.

“Towards the end of last year, I was getting them to do PowerPoint presentations so they were getting up in front of everyone having to speak, and then we were doing plays based on those,” she said.

“That’s when Steve entered the picture, and so it’s just kind of gotten better from there.

“I purposely invited him to our end-of-year party so he could see us perform, and then senior staff overheard him saying, ‘how wonderful, how great,’ and we said, ‘right, do you want to come and work for us, you seem to enjoy it’, and that’s how we got Steve.”

She said she thought the group was ready for its debut Shakespeare performance.

“We’ve done a practice over there [at The Wedge] before with the guys, and it’s as though every seat in the house is filled when they’re up there, even though it’s empty – they get that same sensation,” she said.

“It’s just the best job in the whole world.

“I look forward to work every day; it’s awesome.”

It will be a free event, and no bookings are needed.