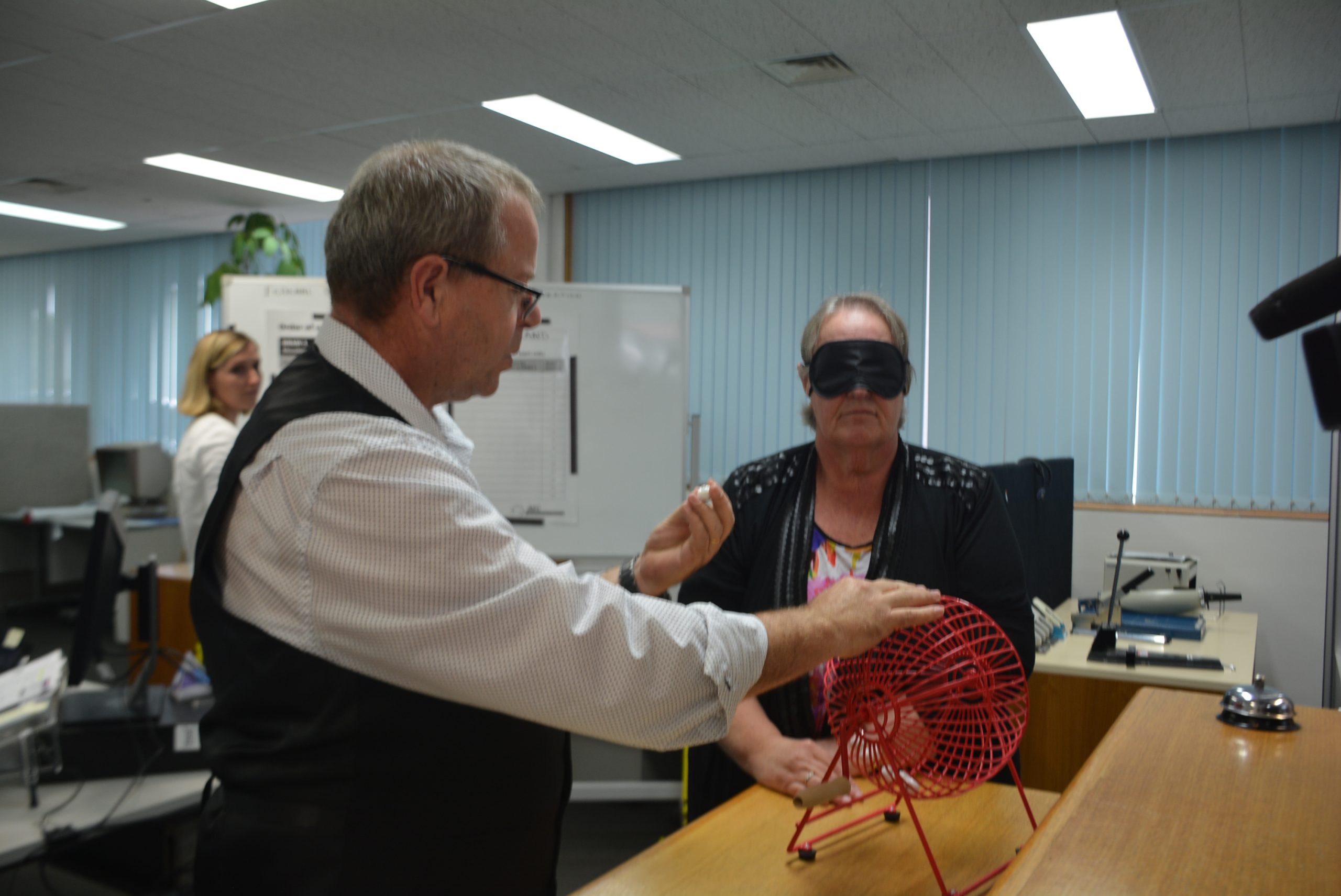 A CROWDED field of seven candidates will contest the Lower House seat of Gippsland in the federal election, with their official ranking on the ballot paper determined in Sale on Wednesday.

Only three candidates showed for the ballot draw, which was a quick affair.

Present at the draw and securing the number three position on the ballot was the United Australia Party’s Kerri Jane Brewer, a health worker from Sale who believes Gippslanders “don’t want more of the same”.

“Gippslanders are affected so much by this drought, so they need all the support they can get,” she said.

“My daughter is a farmer in Neerim, and so I know how tough people are doing it.

“Voters need to take a good look at the United Australia Party’s policies, which are very logical.

“We do things very logically.

“There are a lot of politicians out there who are doing ‘fluffy’ things that don’t matter to many of us.”

“This is a democracy and it’s great to be part of it,” she said.

Ms Holm said Gipplanders were sick of “being overlooked” and wanted “real change”.

“Gippslanders want to be valued, and that’s not happening now,” she said.

“People have been coming to me asking for change, so it’s clear that’s what’s needed.”

Also present for the draw was Greens candidate Deb Foskey, who scored seventh place on the ballot paper.

Ms Foskey wasn’t overwhelmed with the position, and said Gippslanders who traditionally placed donkey votes should consider the issues at stake.

She said The Greens were focusing on the changing outlook of regional Victorians, where energy security based on string renewable energy policies and less reliance of the forestry industry for local employment were key issues.

“We need to grow jobs in Gippsland, and building alternative industries will mean no shortage of jobs,” she said.

While many believe the first-listed candidate on a ballot paper has the best chance of winning, Nationals incumbent Darren Chester wasn’t the least bit perturbed by being placed seventh.

Speaking by phone from Mildura, Mr Chester said ballot placement was not important in an election that would be decided on the issues that matter to Gippslanders.

“I’m not taking this election for granted, but I believe my track record in representing the people of Gippsland will get me across the line,” he said.

Mr Chester, who has held the seat since the 2008 by-election, said Gippslanders were largely concerned about the rising costs of living, the need for better infrastructure, health care and aged care services, and of course, the drought.

“The drought affects the whole community because it has a flow-on to businesses and families at all levels, and all levels of government need to be working together,” he said.

Early voting will open on Monday at 8.30am. The Sale pre-polling voting centre is at 204-210 Raymond St.

The order of candidates as they will appear on the ballot paper: