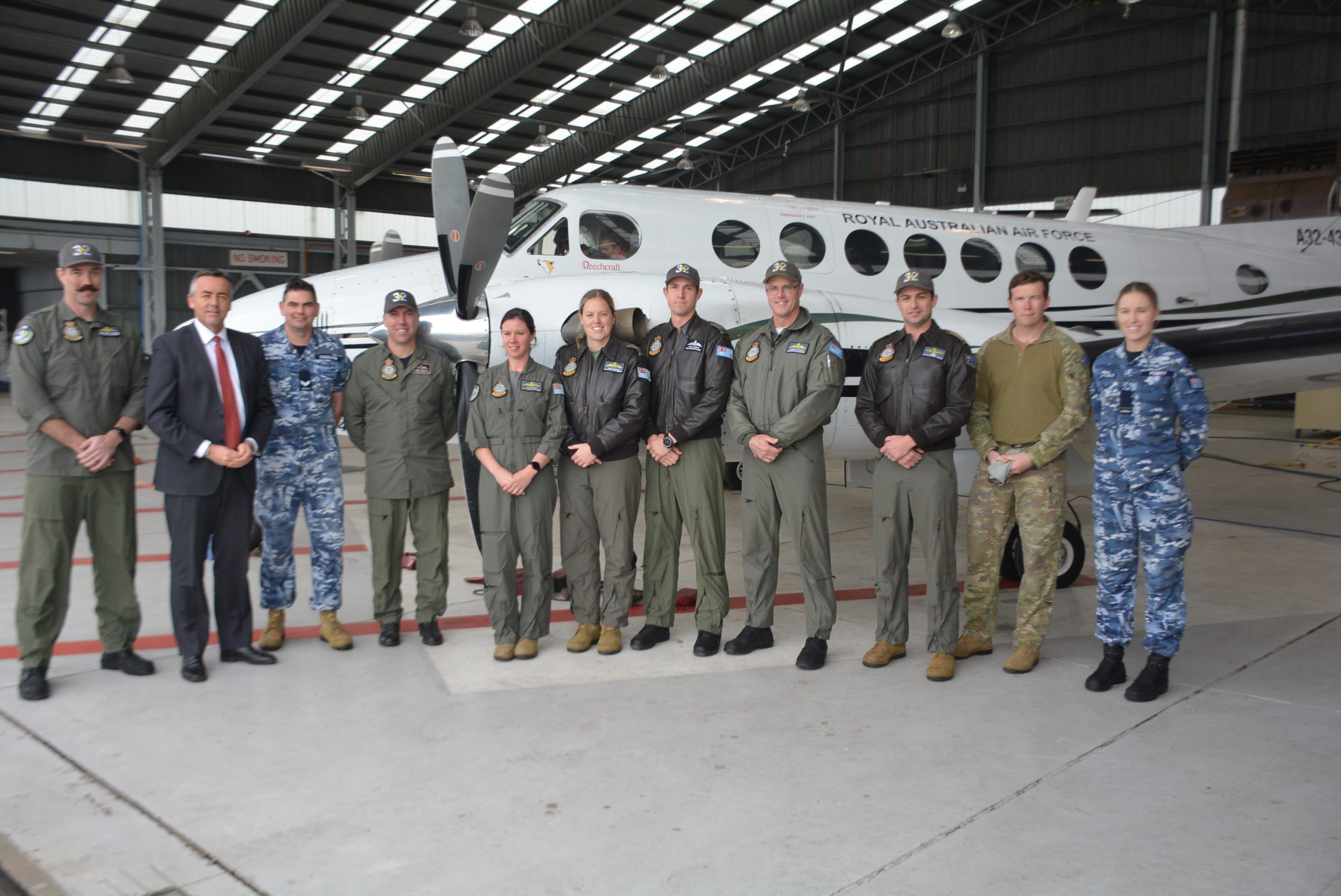 RAAF Base East Sale’s 32 Squadron has been expanded, creating more employment opportunities in the local community.

The number of Beechcraft King Air aeroplanes at Sale has increased from eight to 12, which will result in increased maintenance requirements and more pilots based in the local community.

The King Air is used for the training of mission aircrew, transport and other operational roles, and is now fully entrenched at East Sale since a staged relocation of the planes from Townsville began early last year.

32 Squadron Commanding Officer Jesse Laroche said it was an exciting time for the RAAF base and that the squadron was looking to expand it’s crew in the coming months.

“It’s terrific to have the entire fleet now down in East Sale, supporting the Air Force flying all around the country,” Mr Laroche said.

“We’ve got four pilots that have come down [from Townsville] to the squadron, and we’re looking to increase those numbers over the next 12 months.

“We’ve got 30 in the squadron at the moment, and looking to increase that to about 43 by the end of the year.

Mr Laroche said the Beechcraft King Air planes offered good diversity and could be used for a variety of purposes.

“They are extremely flexible, which is fantastic for the air force and the ADF,” he said.

“We do training, but also humanitarian assistance and disaster relief and fishery patrols in the Pacific, as well as taking VIPs and other passengers around,” he said.

“People around Sale will see them flying above their houses soon.

“We get airborne two or three times a day, so you should see them flying above Sale on a regular basis, along with the other aircraft.”

“It’s terrific to see the future of the East Sale RAAF base is very secure,” he said.

“There’s more facilities being developed, more aircraft being made and it’s great to see so many young people are signing up to spend their time at East Sale RAAF Base as part of their career.

“We’ve seen major upgrades funded, with a $392 million investment by the federal government to secure a strong future for RAAF Base, East Sale, and see operations on base grow significantly,” Mr Chester said.

“This includes the transfer of the Basic Flight Training School from Tamworth to East Sale which became operational this year, bringing an influx of trainee pilots and instructors to the region.

“This will see all Navy, Army and Air Force recruits receive their initial pilot training in Sale.

“Up to 165 trainees are expected to come to Sale each year to undergo basic pilot training, with the first class of trainees to complete their training next month.

“A world-class defence force requires world-class training facilities, and it’s great to see the scale and the quality of the development that’s occurred at RAAF Base, East Sale,” Mr Chester said.

“I will continue to work with the community and my colleagues to see RAAF Base, East Sale, maintain a presence as one of the key training hubs for the Australian Defence Force into the future.”