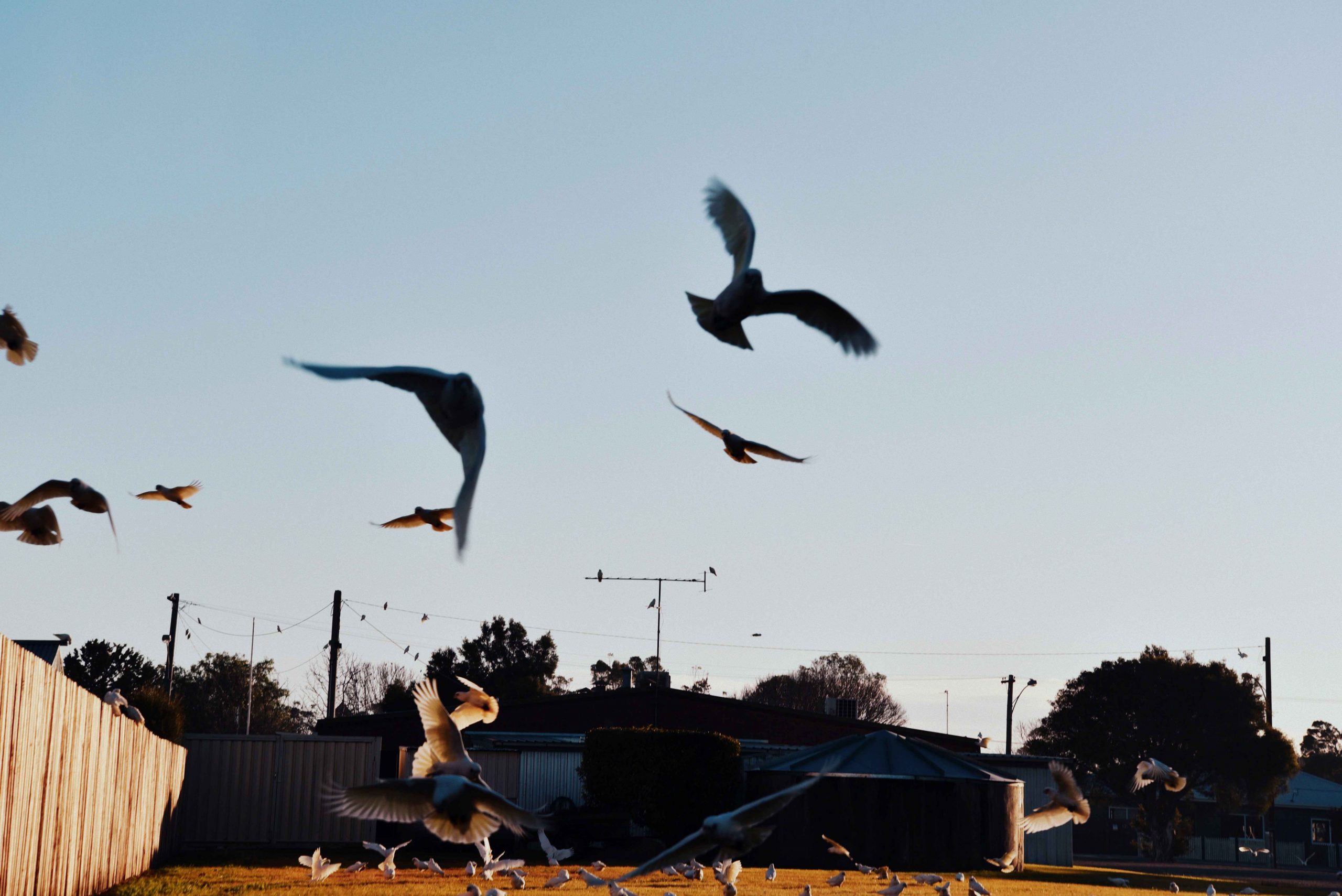 THE sun peeked over the horizon, drenching Gippsland in amber on a golden Monday morning this week.

But as the region’s towns stirred, the sleepy streets of a Shakespearean Stratford on Avon woke to hundreds of Corellas singing – nay, screeching – into the brisk winter air.

Their presence was a scene more reminiscent of a Hitchcock horror, and the fascinating little birds have been the source of great distress for many across Australia.

They’ve been known to be the torment of farmers throughout Victoria, mutilating crops with neither care nor the consideration to clean up after their feasts.

And in some instances, the feathered friends have even gone so far as damaging light fixtures, park picnic tables and powerlines.

Stratford resident of five years, Joel, who didn’t want to give his surname, says his biggest concern is his powerlines.

The weight of the birds gathering on the lines each morning has started to pull the fuse box connected to the front exterior of his house away from the wall.

Joel says he’s facing about $5000 in structural damage if that power line comes down, “not to mention a power outage for electricity I’m already paying for”.

With the influx of the birds in the past 12 months, Joel said along with the power lines, his fruit trees were being ravaged, and his sleep was disturbed with their daily 5am screeching.

Earlier this year Alexandria Council in South Australia urged the state government to legalise a trap-and-gas method to cull flocks of the troublesome species.

In Victoria, the birds are protected under the Wildlife Act 1975 and any person caught harming them, despite intentions to protect infrastructure or agriculture, can be prosecuted.

But this hasn’t stopped some residents in Stratford joking about shooting them, highlighting the stress the birds are causing among locals.

It also includes information regarding regulations and permits.

If those options don’t suit, the guide also recommends monitoring their activity and scaring the birds as soon as the first ones arrive to help prevent large flocks swarming.

“We understand that these birds can cause damage to farms, community assets and also to private residences,” Mr Clarke said.