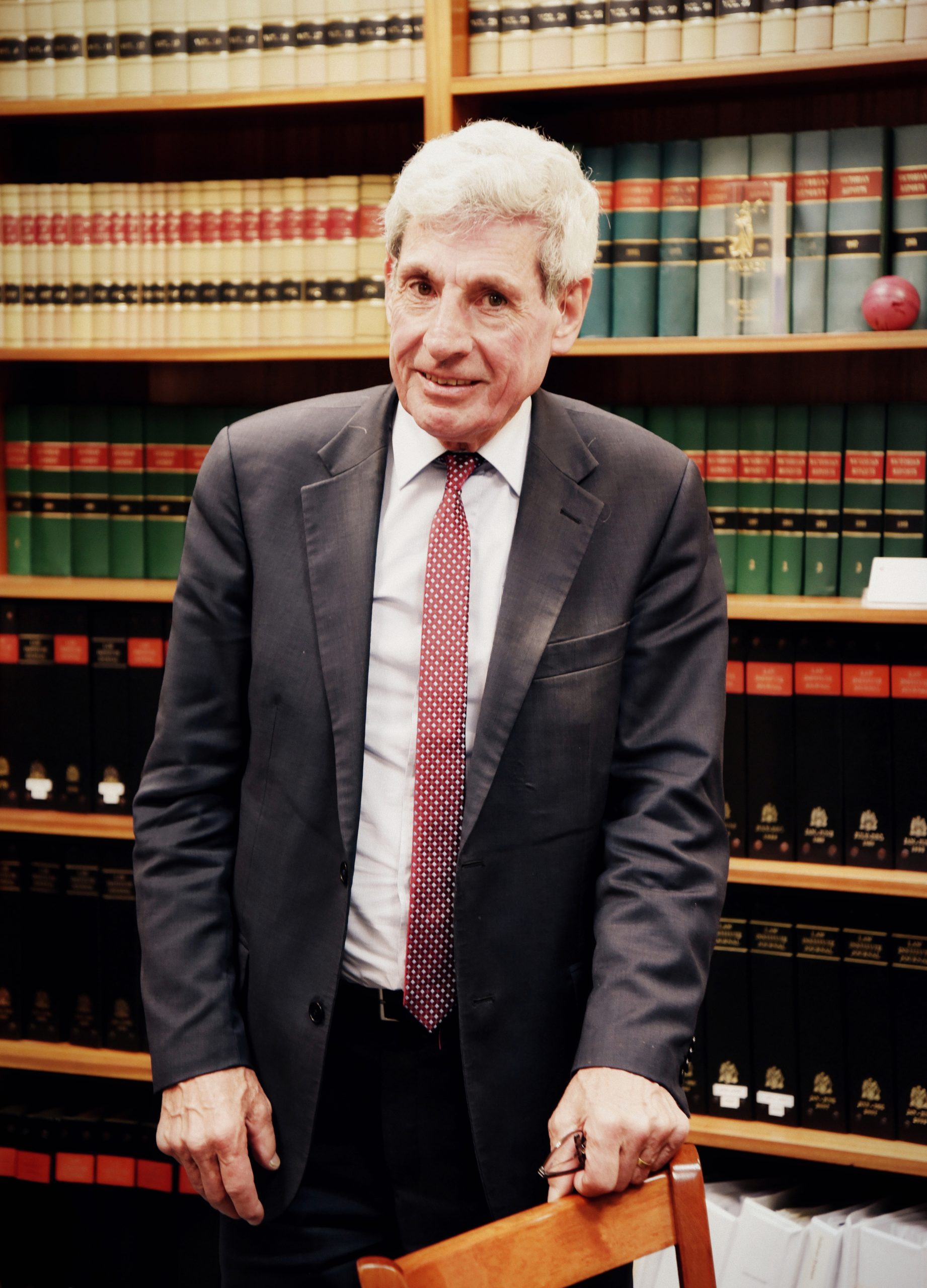 Many people don’t realise they can attend court to watch the proceedings, even if they aren’t involved in any of the cases.

In Australia, the judicial system prides itself on transparency, providing an open door to humanity’s gritty underbelly.

These are things we usually like to hide behind closed doors, to sweep under the rug – to omit in social settings while trying to save face.

Few people can say they’ve witnessed that vulnerability of society and how it’s changed, or permeated a community, spanning more than four decades.

Lawyer John Sullivan made the tree change to Sale from Melbourne in 1976, after he “met a local lady and never looked back”.

A year later he was admitted to practise law in Australia, and has since had extensive experience in appearing in Magistrates’, Children’s, and County courts throughout the Wellington Shire and wider Gippsland region.

After a 42-year career, few things still surprise him about the human condition.

Something that may shock average citizens is essentially run-of-the-mill for John.

“I try to operate under the proviso of ‘assume nothing’,” he says.

“Human behaviour is what it is, and each person responds differently to crisis.”

Perhaps it’s that acknowledgement of “crisis” that sets him apart from others in the scene he is so deeply entrenched in.

The empathy John carries for people is evident in his demeanour; it permeates his soft, deliberate speech, his understated mannerisms.

He is not a big person, demanding attention.

He prefers to take it bashfully, quietly and with integrity, when it is necessary to stand against injustice.

It’s difficult not to feel calm in his presence; to feel heard.

“Whether it’s a result of drug dependance, or a dysfunctional upbringing, I’m really disappointed with the way things are at the moment – imprisonment has almost become a first option rather than a last,” he says.

John believes considering prospects of rehabilitation or alternatives that can serve individuals and the community are imperative to reducing re-offending for many of his clients.

He believes this approach is better in the long run to diminish crime and the stigma many face in the judicial system.

So when news broke recently that Victorian Corrections Minister Ben Carroll said his office was considering a review of the Corrections Act 1986, amid concerns of soaring incarceration rates and a “failing system”, John was heartened there may be positive change.

With an estimate of more than $1.6 billion annually to run state prisons, John wonders why more money isn’t being spent on rehabilitation.

“It’s obvious when people come into the criminal justice system they are at their lowest and most malleable to reform, whether for drugs, alcohol, domestic violence or mental health issues – but those services are not available to them in that point of crisis,” John says.

While drug abuse and family violence are the two leading offences John deals with, he is quick to note people are more willing to talk about topics which were previously taboo, or hidden.

This conversation, this sharing of stories, is what supports cultural change in how people who have fallen into disadvantage are viewed, and ultimately how they can be helped out the other side.

When musing on government-subsidised men’s behaviour change programs, John is pleased to see them, though concerned at their scarcity.

“There’s just not enough money for these programs and the waiting lists are unacceptably long – and there doesn’t seem to be enough of them around to meet the demand,” he says.

After living through many changes in Wellington Shire’s drug scene, John considers the current problem with ice is by far the worst.

“Marijuana, heroin, oxycontin are all suppressants, but ice is a stimulant, and it’s cheap,” he says.

Since its arrival in the past five years, people have become “more aggressive”.

Whether crime related to drug use is rising – or people are simply reporting it more – the result is that John is finding he’s in higher demand than ever before.

“Now I’m there at least four.”

The demographic is also changing.

“More women are fronting court these days, and I read an article recently that said perhaps it’s due to the high rates of domestic violence victims which caused them to be put out of their house, lose financial support, and then start committing crimes because of the emotional trauma endured.”

No matter the reason, it’s an interesting aspect to consider.

The Gippsland Times reported a couple of weeks ago that more than 15 applications were made for apprehended violence orders at Sale Magistrates’ Court in the space of two hours.

These orders are designed to prevent stalking, assault, threatening and otherwise intimidating behaviour towards the protected person.

Coupled with concerning high rates of family violence in the region, the number of AVOs highlight broader violence problems in the community.

Though there is room for great concern, John doesn’t show any sign of slowing down when it comes to fighting for a safer, more inclusive society.

It is clear even after all these years, he is still passionate about criminal law, and intent on giving everyone a fair go, because “effecting their liberty” is why he entered the field in the first place.

Freia Lily is a final year RMIT journalism student. She wrote this piece while on placement with the Gippsland Times.