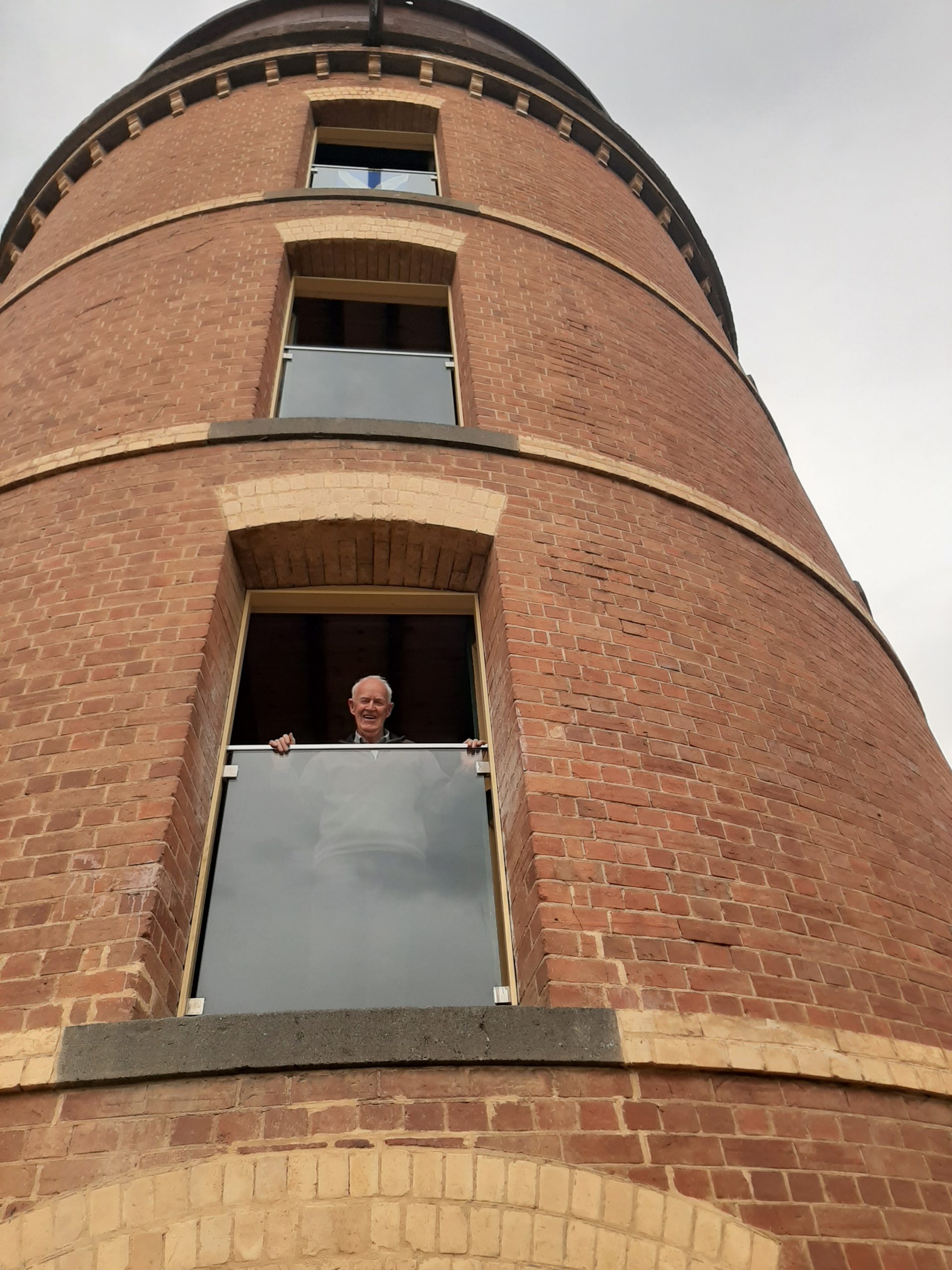 THE Sale Water Tower Museum has been shortlisted for the Victorian Community History Awards.

The museum is one of 42 community history publications and projects from across the state to have been nominated for the awards, which recognise the contributions of Victorians in the preservation of local history.

Sale historian Peter Synan and his wife Ann were the driving force behind the establishment of the water tower museum.

Mr Synan said he was delighted the work of people in the community was being recognised.

He added he and Ann were humbled by the award, because they had wanted the water tower restored for its historical importance and as a permanent reminder of the area’s interesting past.

“I think the water tower is a fabulous community asset that people can experience, and we enjoy being part of that,” Mr Synan said.

The Sale Water Tower Museum and Observation Deck opened to the public in April, after a community campaign to restore the tower, led by Sale Historical Society’s Peter and Ann Synan, began back in 2016.

Before the renovations, the derelict building had suffered damage from vandalism and fire, but has now been refitted with four floors and an observation deck with views over Sale.

To be true to the building’s past, almost everything in the original building has been retained and refurbished, with only the floorboards, damaged by rotting, completely replaced for safety.

The enduring monument to Sale’s early beginnings displays detailed story panels that recall Sale’s history, and some of the historical figures who played important roles in Sale’s growth.

The Victoria Park building was originally designed by Longford Swing Bridge designer John Grainger, and Johann Niemann, a pioneer in early artisian water systems, before being built in 1888.

The former Sale council was the first municipality in Australia to trial artesian water as a public water supply.

The 2019 Victorian Community History Award nominees include 25 print publications and 17 history projects, which are up for cash prizes ranging from $500 to $2000 – with one to be named the winner of the $5000 Victorian Premier’s History Award.

Special Minister of State Gavin Jennings will announce the major award and category award winners at a ceremony at the Arts Centre on October 14.

For more information about the shortlist, visit prov.vic.gov.au or historyvictoria.org.au.

Sale Water Tower Museum is open on Saturday afternoons, from 2pm until 4pm, via a gold coin donation.

Group visits can be arranged at other times by phoning Sale Visitor Centre on 1300 368 864.