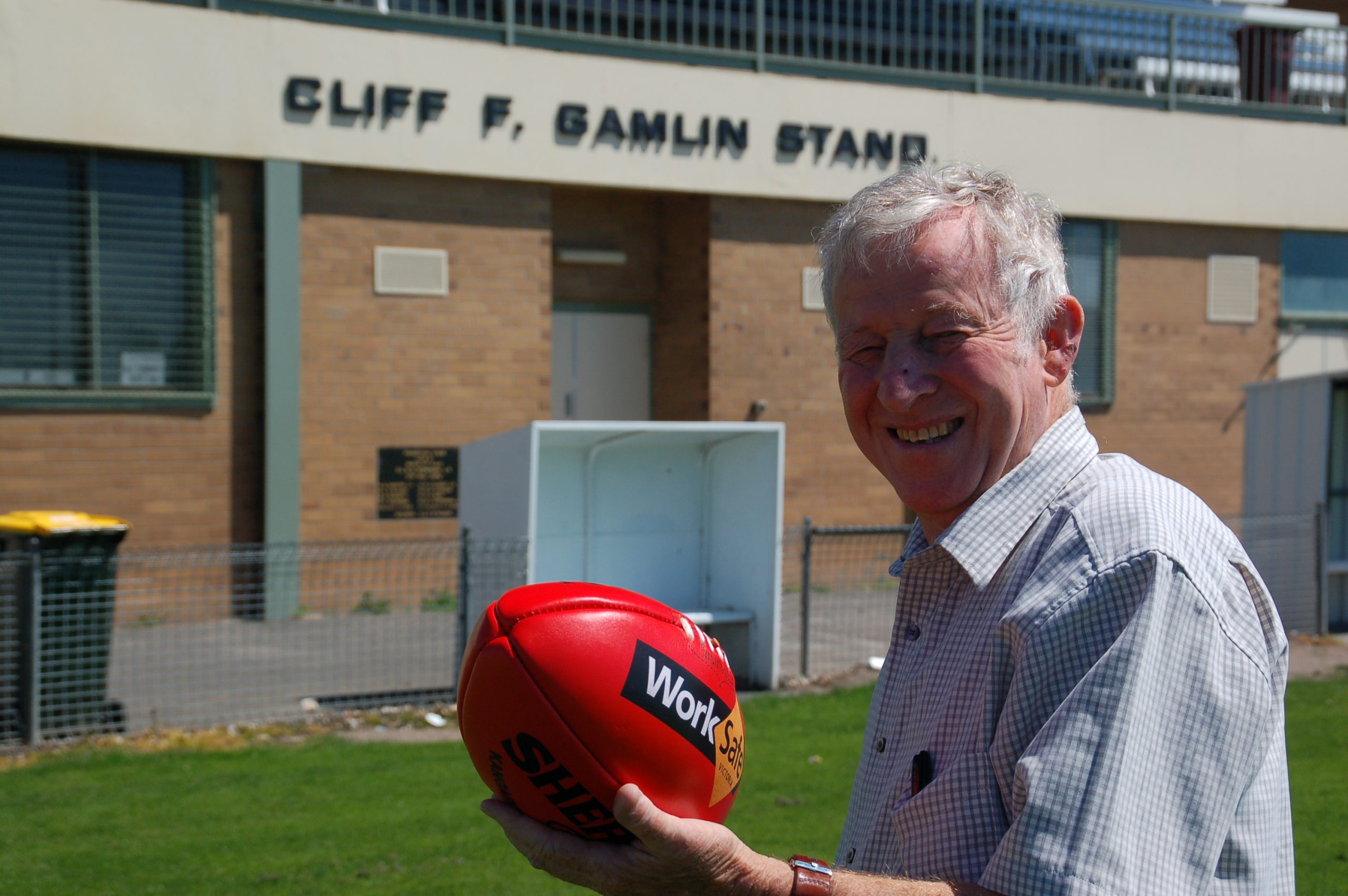 A Requiem Mass will take place from noon on Wednesday, at St Mary’s Cathedral, Sale, before the funeral leaves for the Sale Lawn Cemetery.

“WORDS do not come easy at such a sad time.

“There will be many tributes for this great man. Many well worded heartfelt messages from near and afar.

“Kevin Hogan touched many lives throughout this great community of ours and whilst no-one lives forever, we are shattered at the news of Kev’s passing, we honestly thought he would live forever..

“We looked up the word gentleman in the dictionary and all it said was KEVIN HOGAN.

“We now look up into the sky and we see our KEVIN HOGAN.”

“KEVIN was far more than a legendary footballer; he was an advocate for all sports. We truly appreciated the support Kev gave our club on match days taking photos of the players, over many years.

“He was a true giver to the wider community and was especially passionate about giving local young talented players recognition for their achievements in both the Gippsland Times and on the ABC radio.

“Kev always had a smile on his face and we enjoyed the many stories he would tell us of sporting days gone by and that of his grandson playing soccer in Melbourne.

“He was widely respected by all at SUFC and will be missed.”

“IT goes without saying that we are all deeply saddened by the passing of SMCA and Sale Cricket Club life member Kevin Hogan.

“A gentleman and absolute pillar of sport in Sale and greater Gippsland.

“He will be sorely missed.”

“A TRUE legend of local sport, Kevin Hogan will be truely missed by the Gippsland League.

Kevin is a life member of the Gippsland League and Sale and District Junior Football Association. His major contribution to the Sale Football-Netball Club and to sport in the region is widely known by many in the local community.

“A voice of local radio and through sharing his images with the community, Kevin’s name is synonymous with football and netball in the region where the SDJFA under 16 best-and-fairest is named in honour of him and the netball facilities at Sale Oval also bare the Kevin Hogan name.”

“THE Sydney Swans are saddened to hear of the passing of former South Melbourne player Kevin Hogan, who passed away peacefully this week.

“Hogan played 63 games with South Melbourne in the years spanning 1954-1960 for a return of 35 goals, joining forces with Bob Skilton, Ron Clegg and many other club greats.

“Hogan was a member of South Melbourne’s 1956 VFL night premiership cup team and played in red and white with his brothers Frank and Pat.

“Hogan was born in Violet Town, Victoria, in 1934 and was recruited by South Melbourne at the age of 19.

“After his stint with South Melbourne, he took up a coaching role with Sale Football Club in 1961 that he would hold for 15 years, before remaining on the club’s committee for the next 60 years.

“In 1965, he started writing for the Gippsland Times and developed his interest in sports photography, while around the same time he also began broadcasting on local radio and would hold a regular spot for the next 54 years.

“He was then awarded a Medal of the Order of Australia in 1984 for his significant service to football and cricket.

“The club passes on its deepest condolences to the family and friends of Hogan.”