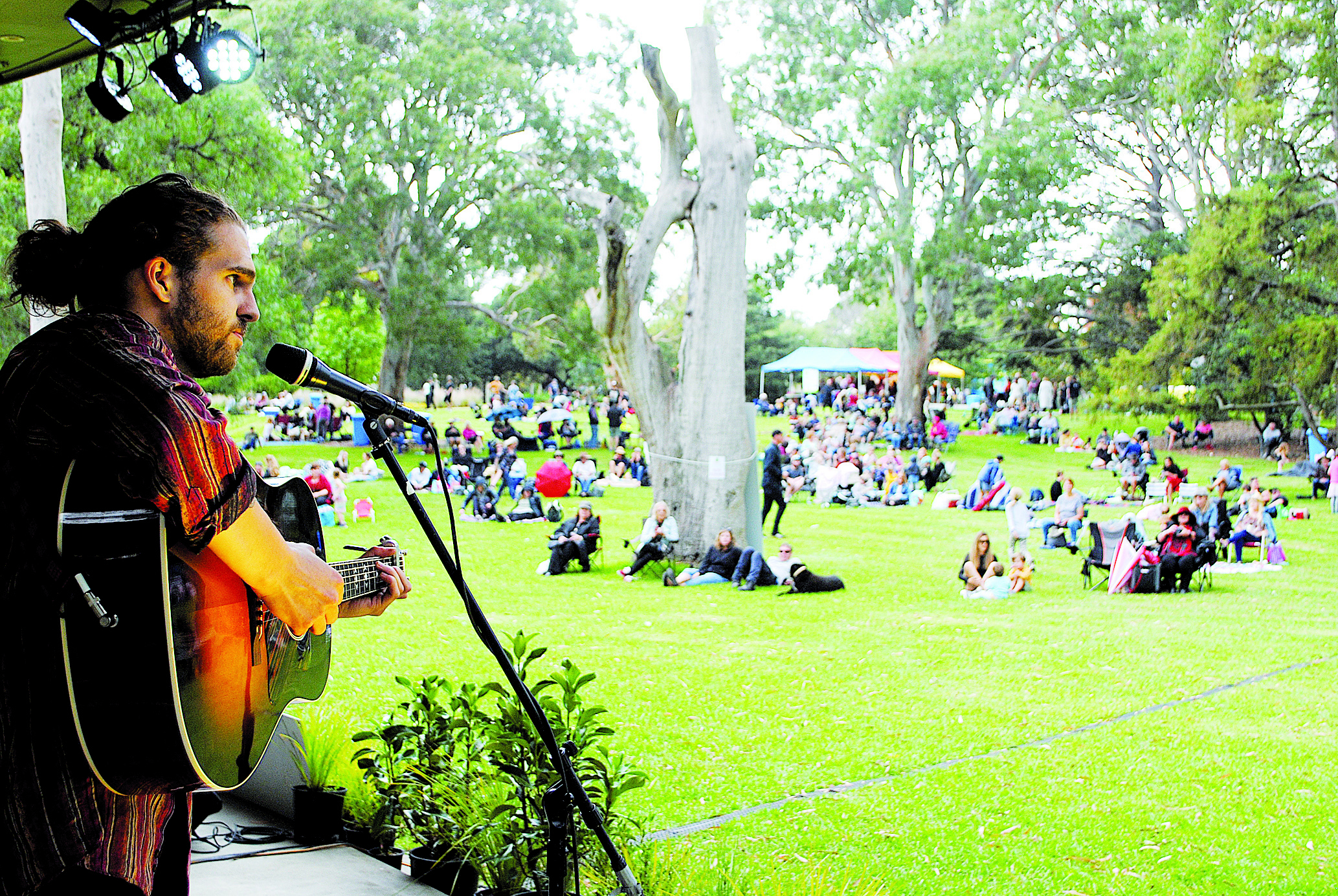 THE long weekend in Sale certainly got people grooving, with two separate music festivals taking place on Saturday and Sunday.

“One of the things I love about our festival is we get mums and dads and kids and grandparents all up dancing in front of the LEAF stage,” he said.

“We had a wide variety of music too – blues, rock ‘n’ roll … but this year, I’ve got to say, for me personally, Michael Waugh stole the show.

“He stole the show, he stole my heart.”

Mr Waugh’s mother Eileen, the inspiration of his hit song, Heyfield Girl, and many others, died only two days before the festival, and only a few weeks after his father died.

The festival extended its children’s activities this year, with Mr Harrington hailing the addition of the Bug Blitz program “a huge success”.

“We also had three performances from [children’s entertainers] Granpam and Philpop, which was a special new feature of the festival this year,” he said.

Mr Harrington thanked all those who attended, and the sponsors who enabled the event to remain free each year.

Sale Music Festival will return to the Sunday of next year’s Labor Day weekend.

Most residents of Sale would be aware that Lemonade, a big city-style festival featuring plenty of high-profile bands, was held in Stephenson Park on Sunday, as the music could be heard right across town.

There were even some reports of people bopping along from as far as Wurruk.

Buses carted people in from all over Gippsland, and there were plenty of revellers down from Melbourne for the weekend.

A Roulette Pilatus PC-21 executed some manoeuvres over the crowd in the evening.

With a stellar lineup of huge bands on the Australian music scene, such as Safia, Wafia, Art vs Science, Slowly Slowly and Mammal, as well as hometown hero Josh Cashman, the festival came to an end about 11pm, after headline act, hip hop band Hilltop Hoods, performed an exhilarating closing set.

The majority of social media posts deemed the festival a well-organised and much-needed boost to Wellington Shire’s economy, after years of drought and a summer of bushfires