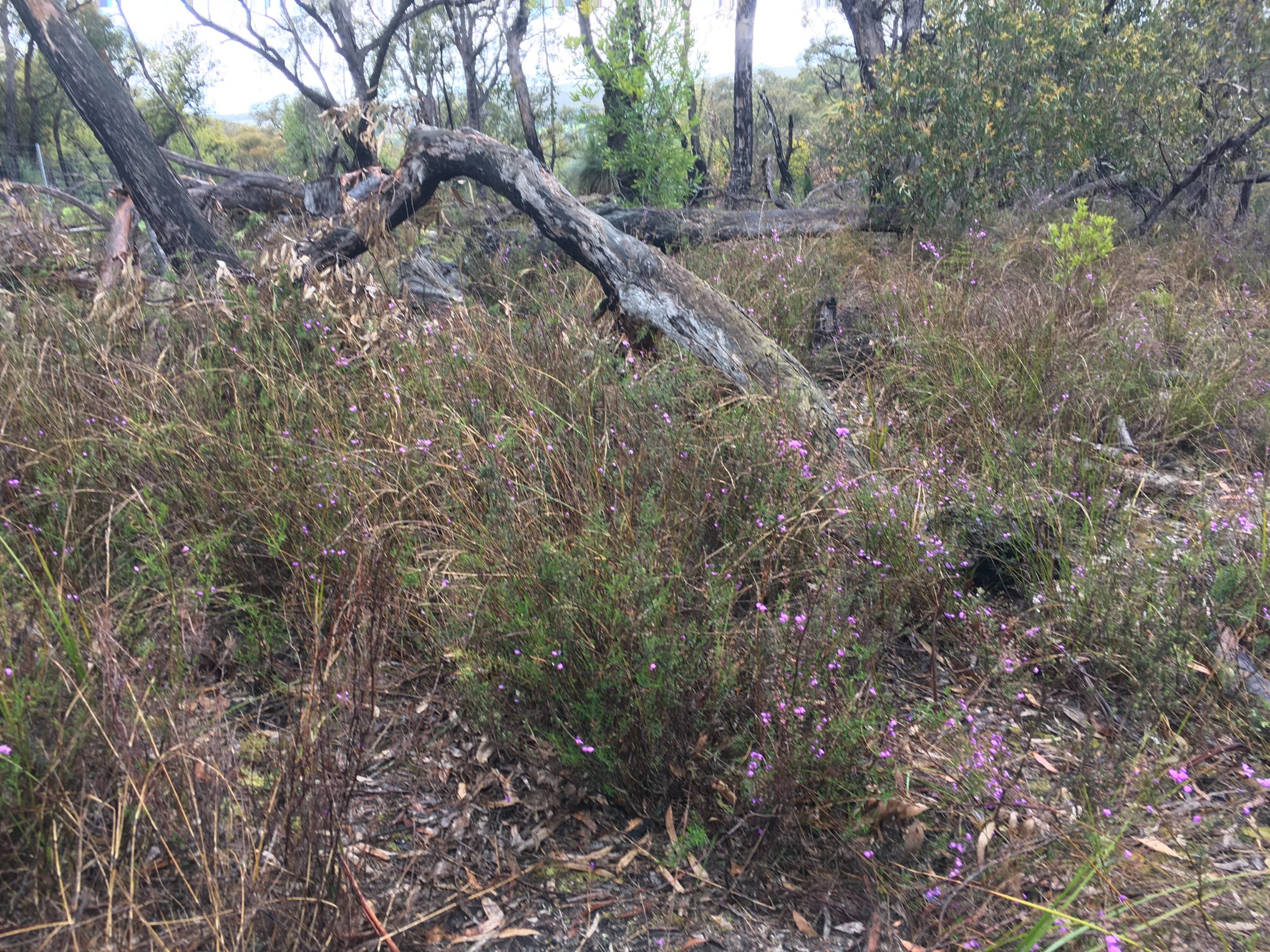 SOME of the lessons being learned from fire recovery in Holey Plains State Park will be applied to other areas affected by this summer’s bushfires.

Following fires which burnt 80 per cent of the park in January last year, Parks Victoria rangers were concerned about the long-term effects on vulnerable vegetation.

Late last year, during a routine patrol of the park and fire recovery monitoring with staff from Department of Environment, Land, Water and Planning, they were excited to discover Wellington Mint Bush seedlings.

This vulnerable plant only grows locally in central Gippsland, and was found growing in a burnt area that had been fenced off for protection following the fire.

As part of the fire recovery efforts and to ensure the survival of the Wellington Mint Bush, the teams installed fences around several burnt-out plots two months after the fire.

The aim was to help the seeds recover and thrive without interference from grazing animals such as deer and wallabies.

Some areas of Holey Plains State Park that had not been touched by fire also have flowering patches of Wellington Mint Bush, which rangers say is a promising sign.

Parks Victoria is collaborating with a range of interested parties to apply best-practice management of threatened species across the park.

It says the partnership with these stakeholders, including Department of Environment, Land, Water and Planning, Gippsland Water, local nurseries, volunteer groups, and the Royal Botanic Gardens, is crucial to providing the opportunity for species to thrive.

Area chief ranger Bridget Grant said though Victoria’s precious national parks and reserves had been affected by bushfires this summer, urgent work was underway to assess the extent of the damage and protect Victoria’s most vulnerable and threatened native plants and wildlife.

“Work such as this in Holey Plains State Park will now be expanded right across eastern Victoria as we start to deal with the impacts of fires this summer,” she said.

“In this case, Wellington Mint Bush is listed as vulnerable under the Environment Protection and Biodiversity Conservation Act 1999, and it was vital to protect seedlings from browsing to ensure survival into the future.

“We look forward to sharing positive stories over the coming months and years as many parks in eastern Victoria start what will be a long-term, large-scale and complex journey of recovery.”