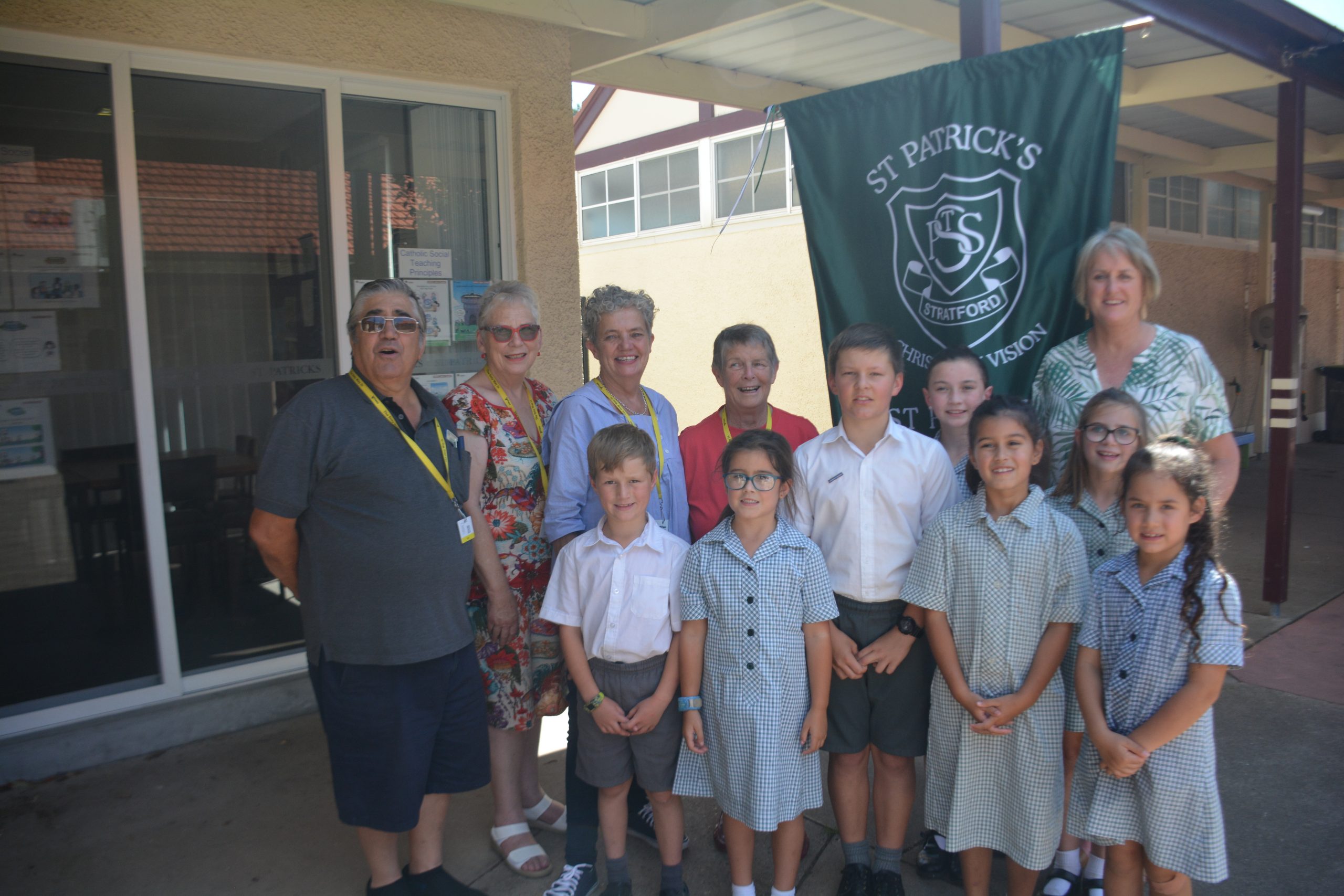 Staff and students each took along a gold coin donation on pancake day, totalling more than $150.

“It all adds up into our pool that we can then use to help people out,” she said.

“We are now in the recovery phase, so a lot of people have moved back into their properties.

“Some of them don’t have houses so they’ve had to find accommodation elsewhere, but others have been able to move back into their houses and they realise what they’ve actually lost and what they need.

“In the beginning we could spend abut 15 minutes with people to help them out, but now we would be spending at least half an hour, three quarters of an hour so we can really deal significantly with people’s problems.

“There is still no sense of normality.

“The recovery phase takes three to four years for a person to recover financially from the impact of the fires that we’ve had recently.”

St Patrick’s liturgy leader and grade six student Will Proud formally made the presentation and said it had been great to see so much support thrown behind the initiative.

“We raised $156.50 toward the bushfire victims which we hope will help them get back on track,” he said.