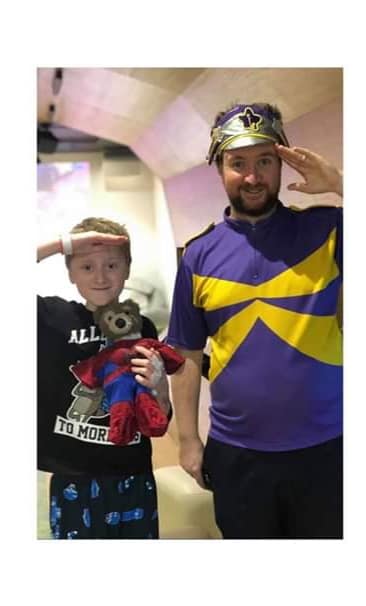 THE brazen theft of a collection tin containing about $1500 from Guthridge Fish and Chip Shop, Sale, on Friday has distressed a wide section of Sale’s community.

The collection tin held donations from customers who wanted to help the family of 11-year-old Ethan Monck, who is expected to undergo another round of cancer surgery on Wednesday.

Proprietors Tina and Scott Russell have known Ethan since he was a baby and had hoped a fundraising event on Friday would help reduce the stress of the surgery for his family.

“We had been collecting for about two weeks with customers and many locals who don’t have a lot of money donating,” Mrs Russell said.

“My husband Scott was making hamburgers out back and called out and I turned, distracted, and looked to him to see what he wanted.

“While my back was turned they walked out.”

The unsecured tin was missing from the counter.

CCTV footage from neighbouring premises shows one girl take the tin to a waiting car and the two leave.

News of the theft went viral on social media and efforts by the Russells to make up for the theft included Friday’s fundraiser, a raffle and a new donation tin with many people adding substantial amounts.

“We had one man drive from Melbourne with a jar of coins – more than $500.

“From Friday to Sunday night we raised more than $2500 for Ethan,” Mrs Russell said.