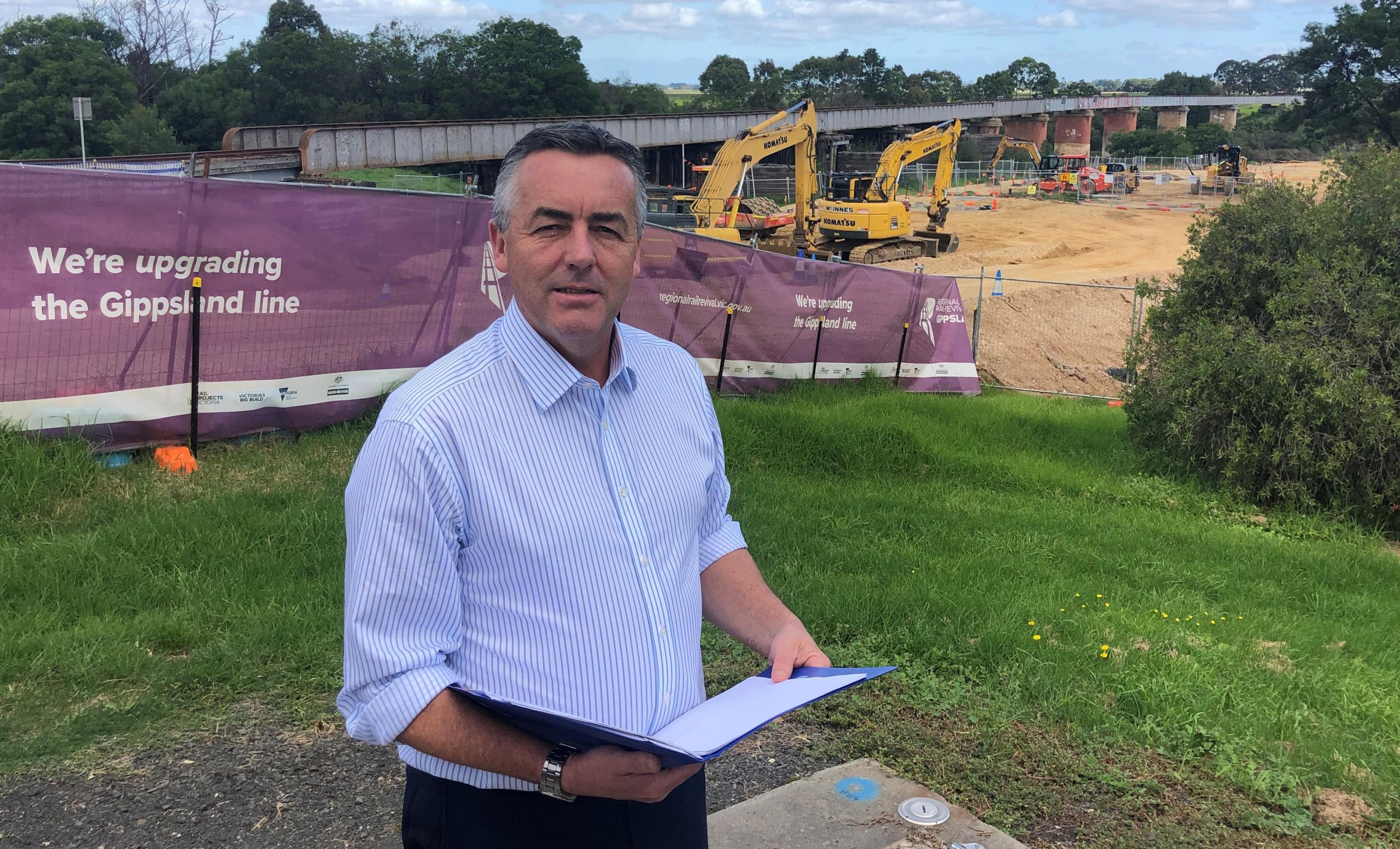 CONSTRUCTION is well underway on the new rail bridge at Stratford, as part of the $530 million upgrade of the Gippsland line.

The new rail bridge will be 504 metres long and infrastructure will be installed to reduce the effect of flooding.

The McAlister St level crossing will get new boom gates and active gates at the new pedestrian crossing.

Gippsland MHR Darren Chester stopped at the viewing area at Apex Park recently to check progress on the new bridge across the Avon River.

“Many people who use the train to Stratford and Bairnsdale will be happy to see how the project is moving ahead,” he said.

Mr Chester said train passengers would not be the only people to benefit from the rail upgrade.

“There will be many people, particularly the young, who’ll be happy to know that they’ll be getting a new BMX and pump track at Apex Park once this project is finished.

“There’ll also be a new nature-based playground and public artwork.

“When the fences come down, the area will also be landscaped as part of the reinstatement works.

“I hope locals will be able to enjoy these new green public spaces by the river.”

Mr Chester secured $504 million in federal government funding for the Gippsland line upgrade as the then-federal Infrastructure and Transport Minister.

“For the many commuters in Gippsland and the Latrobe Valley who go to Melbourne regularly, faster rail has the potential to significantly boost the amount of time they spend at home,” Mr Chester said.

“Shorter travel times between regional areas and the city can also revitalise small communities by enabling people to move to regional areas, but keep their job in the city.

“Level crossings from Sale east to the end of the line have already been upgraded so VLocity trains can reach Bairnsdale, further cutting travel times.”

Construction of the new rail bridge at Stratford is scheduled to be finished at the beginning of 2021.

Gippsland businesses and suppliers wanting to be involved with the project can register with the GROW Gippsland Regional Procurement Platform at vendorpanel.com.au/marketplace.