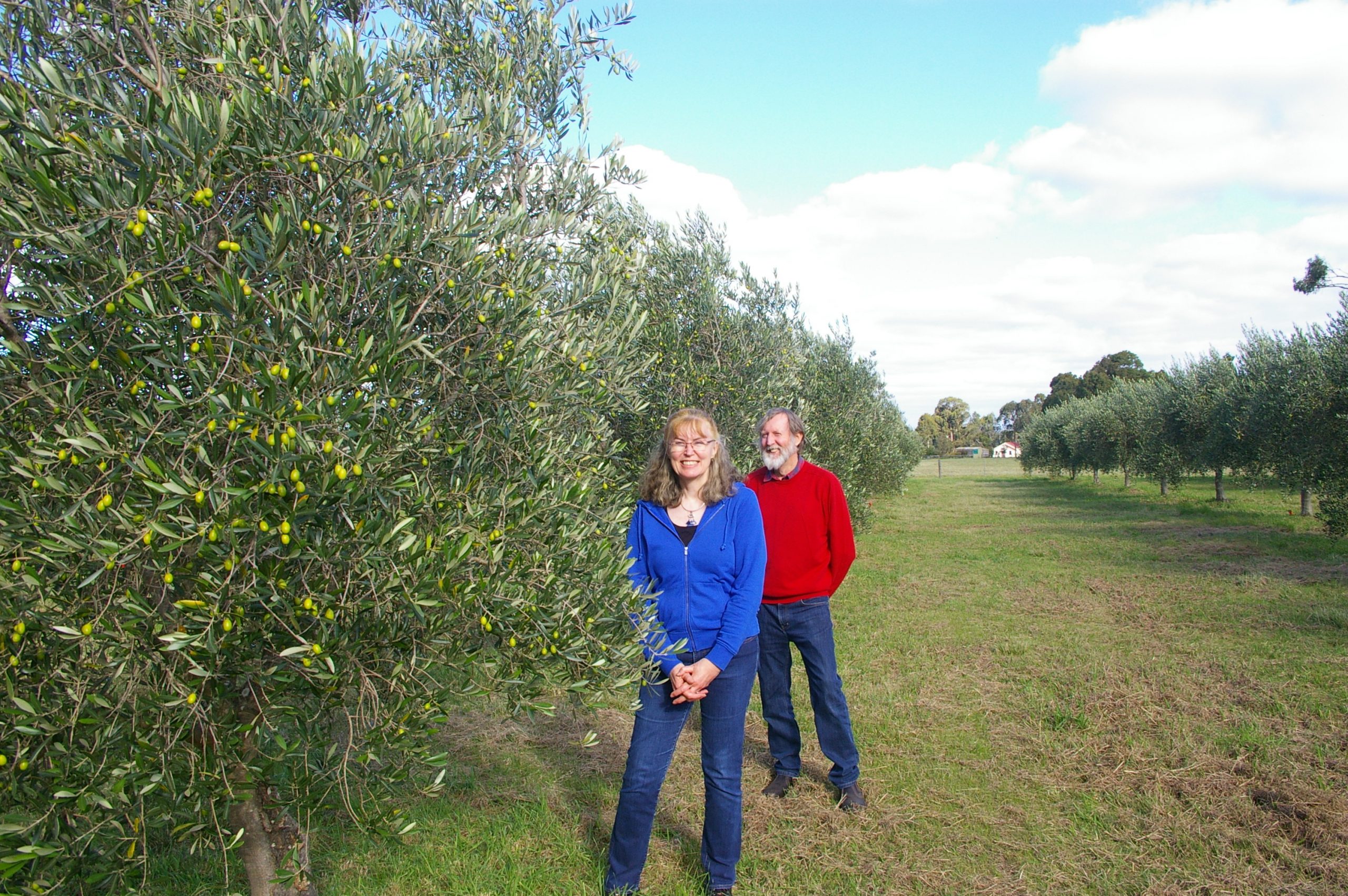 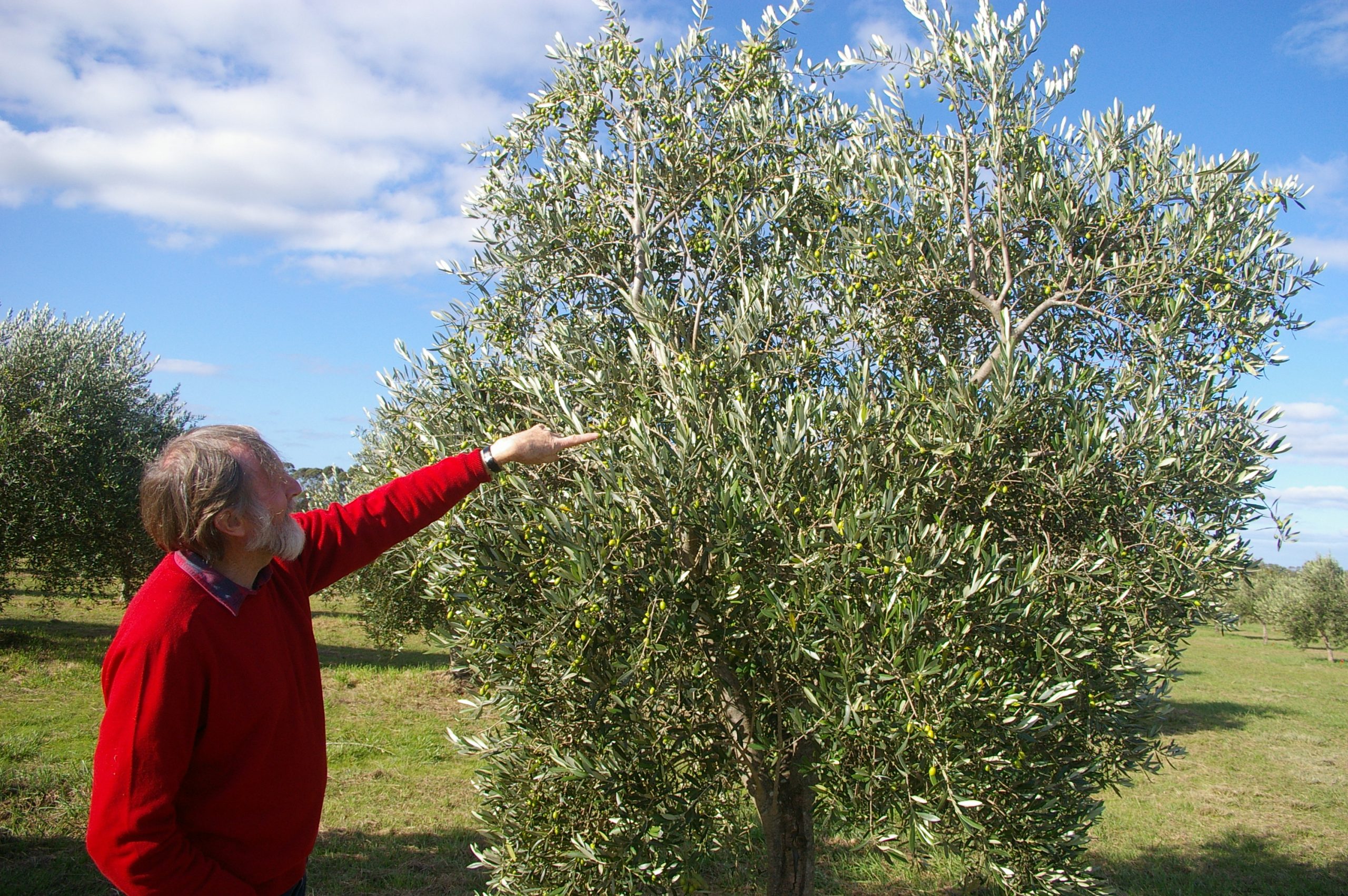 EXTRA virgin olive oil is a product not usually associated with the dairy farming district of Yarram.

But a desire to learn something new, for and about themselves, led former secondary fine arts and English teachers Andrea and Chris McCallum to take a risk and establish an olive grove at Devon North.

When the opportunity came up to buy an adjoining property (former railway land that included the site of the Devon North railway siding) during the late 1990s, the couple embarked on an exercise of discovery, planting a succession of trees they hoped would be suitable for the local climate.

Their initial plantings in 1998 included Hardy’s Mammoth, a variety Chris believes was named after the South Australian wine producer and one of the first olives adapted to Australia.

Frantoio and Corregiola now form the backbone of the 600-tree grove, which they selected after research into the olives of northern Italy, along with Jumbo Kalamata and Manzanillo varieties.

The first crop, barely sufficient for a home bottling, was picked in 2008 with the trees not setting plump olives because of the prolonged drought.

The following year the 2009 Black Saturday bushfire swept through Devon North, destroying a number of houses and extensive stands of pasture and woodland.

While the McCallum’s property avoided devastation, a viable crop was not harvested.

The turning point and vindication of Chris and Andrea’s commitment came in 2010 when Devon Siding Olives produced a little over 200 litres of high quality extra virgin oil.

Not every year is a good year, and the trees demand continual care with pruning by hand, slashing of grass and attention to the spray irrigation system, keeping Chris busy throughout the year.

No herbicides, pesticides or artificial fertilisers are used, so constant vigilance is required to ensure a quality crop, with pollination carried out by bees provided by Linda Patterson from Port Albert.

The 2018 crop was a disappointment and last year’s crop was not even picked as the olives were so stunted because of drought it was not worth the effort.

Chris’ perseverance with pruning is paying off with most of the trees now supporting spreading horizontal branches which bear more fruit.

That crop benefit also increases his workload in slashing under the trees as his tractor is unable to get as close with its mower behind.

However, this year, the 2020 crop has the hallmarks of being a bumper crop.

“We have had rain at the right time and the olives have swollen nicely,” Chris explained.

“We really don’t want too much more rain as the olives will swell with too much water – the oil won’t be affected but it makes extraction a little more difficult.”

All harvesting is done by hand with a team of friends converging on the grove in middle to late May.

Usually a tree is harvested by placing a sheet of shade cloth on the ground under it and the fruit shaken out of the branches with plastic garden rakes.

Chris does have a mechanical harvester, similar to a line trimmer with flailing fingers at its tip, but that is only useful with the heaviest bearing of the Frantoio.

“We will have to let the local police know that we have harvest workers on site, with appropriate distancing,” Andrea explained.

“We don’t want to upset anyone driving past and seeing an unusual number of cars here.”

“We know all the pickers, but will have to provide statutory declarations, and have hand sanitiser and observe all the protocols,” she said.

Once harvested, the Devon Siding olives are transported to Golden Creek Olives at Fish Creek to be crushed and the oil returned to Devon Siding for bottling in a dedicated bottling room.

As founding members of the Southern Gippsland Olives group, Chris and Andrea benefit from the cooperation between the six local olive groves and the sharing of resources and knowledge the group has built up.

Once the harvest of the different varieties has been completed, about mid-June, the Devon Siding olive oil will be available from local stockists, to be snapped up by discerning locals for home use or as gifts to family and friends.