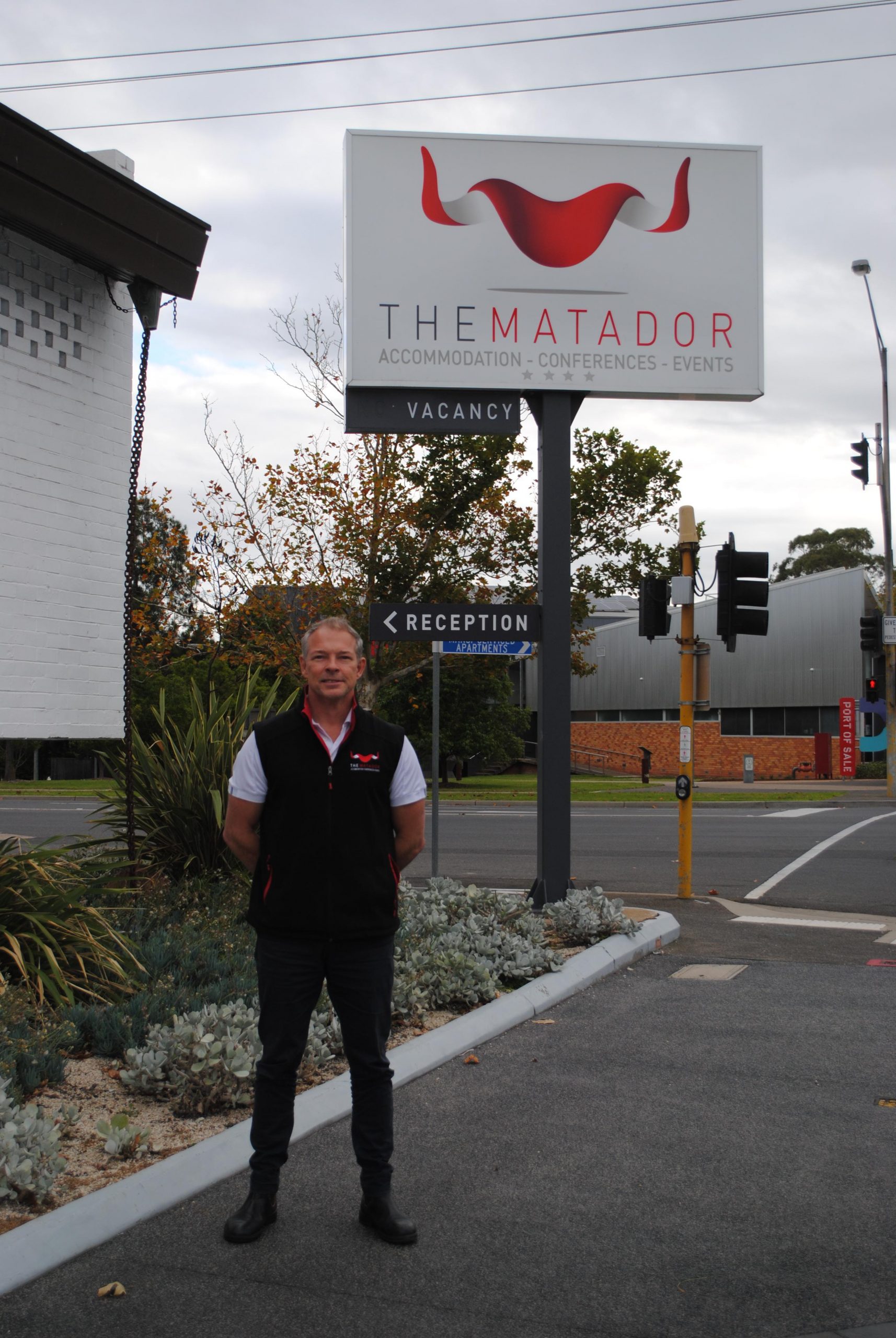 LOCAL business owners hardest hit by the COVID-19 crisis are calling for the community not to forget them, as restrictions cripple their bottom lines and threaten to affect them for years to come.

Like most towns around the country, Wellington Shire’s post-pandemic landscape will undoubtedly look very different, as some small businesses thrive in the crisis, while others fail to see their way through the financial losses and are forced to close.

Many are taking steps to adapt to the new landscape and changed consumer habits, drawing on innovation and making major shifts in service focus.

But for others, it’s a nervous waiting game.

The owner of Sale’s Bon Accord Bed and Breakfast, Tim Dunnett, said while the worry “keeps me awake at night”, he considers himself one of the lucky ones who will be able to weather the financial storm.

Like most accommodation services, Mr Dunnett is still open for business travellers, but video conferencing has robbed him of much of his regular income, and with more people working from home, he is nervous about the future.

“We just hope that when things get back to normality that corporations will send their staff back on the road and communities continue to support us,” he said.

“Another change we would really like to see is people booking directly and avoiding booking sites, which are mostly owned by large overseas companies who take 15 per cent commission – that money goes straight offshore.

“But we may have to change too – I have to think about how I can reinvent myself, perhaps cater for a different market as less people travel.”

Gym owner Dee Barbas, who has owned Sale Health and Fitness with her husband Rod for the past 10 years, agreed support from the community was crucial to recovery.

She said the pair had been “blown away” by the kindness and support of their clients and their willingness to help.

“Our business changed dramatically back in March when all membership payments were stopped due to the government ruling that gyms had to close, but some of our lovely members contacted us and insisted we keep taking the payments out,” she said.

“Because we wanted to keep providing a service we set up a group on Facebook and started offering online, at-home work-outs that those people could access.

“It’s been going okay, but we couldn’t have done it without that support.”

Tourism Accommodation Victoria general manager Dougal Hollis said travel restrictions and a need to self-isolate had resulted in the tourism and hospitality industries being two of the hardest hit sectors, economically.

Many accommodation businesses were operating with skeleton staff and single-digit occupancies or choosing to enact short term closures, he said.

Mr Hollis said Visit Victoria would also likely reinvigorate as soon as possible its ‘A Short Stay Goes A Long Way’ campaign, launched post-bushfires, which encouraged Victorians to travel within the state and support local communities.

He said more than 220 businesses got behind the campaign, pledging to hold meetings and conferences in regional areas, rather than going offshore.

The organisation believes the likely continuation of international travel bans, for some time, will also stimulate strong demand in travel to Australia’s regional areas, with Australians having a high desire to visit their own backyard, while also visiting friends and family.

According to council’s economic profile, tourism – which includes the accommodation sector – supports an estimated 1006 jobs in the shire, which is 5.6 per cent of total employment.

To help small to medium businesses most affected by coronavirus, as part of a $1.7 billion economic survival package the state government has established a $500 million Business Support Fund, allowing eligible businesses to apply for a one-off $10,000 grant for costs such as utilities, rent and salaries, and activities to support business continuity planning.

But without ongoing support from community and big business, that may not be enough.

At Sale’s Best Western in York St, business is down 90 per cent, and although some travelling workers are keeping the books open, recreational travel is still banned and overnight stays are not allowed except in specific circumstances.

Owner Craig Caddy is disappointed the hotel industry had largely been “ignored” in the coronavirus conversation, but says for him it’s about making corporations aware local accommodation services like his were still open.

He said it was disheartening that the town’s reliance on some of the really big local industries had affected its ability to withstand the pain.

While he said “word is” that some accommodation businesses were unlikely to open again after the crisis ended, he conceded there was little choice for many but to soldier on.

“As hard as it is, I still think it’s better to get rid of this virus before we start business as usual,” he said.

“Potentially, we will get through this, but there will be no get-out-of-jail card for some.”

Incredibly, despite the unpredictability of the future, others are also vowing to fight it out.

Craig Frith from the Matador, which has lost 80 per cent of his business, remains upbeat about his continued ability to trade.

“During the week we still get some business, so it’s not as bad as some,” he said.

“Like everyone, we have had a mass of bookings cancelled, which reduces cash flow, but I believe there are some big projects coming up for the Sale, area so we are hanging onto the hope that we get some bookings out of those,” he said.