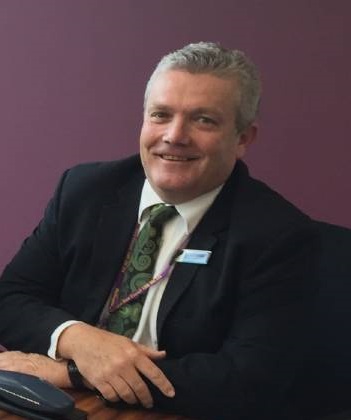 The value of contracts the chief executive can approve on behalf of council will be increased from $400,000 to $1 million until December 31.

Any contracts above that value still need to be approved by councillors.

All contracts are awarded after a tender process.

The projects are set to be included in the 2020-21 budget, which will be approved by council next month.

The decision to increase the financial delegation comes as council temporarily moves to monthly meetings from July because of COVID-19 restrictions.

Increasing the delegation threshold means contracts can be awarded sooner, and projects can begin sooner, without waiting up to three weeks for the next council meeting.

In a typical year, about 20 contracts above the chief executive’s delegation threshold are presented to councillors for awarding.

Mr Morcom will prepare a list of approved contracts for monthly council meetings.

During Tuesday’s council meeting, councillor Scott Rossetti said council had to change the way it did business during the state of emergency.

“The CEO has a delegation of $400,000 typically, including GST, but given we’re only going to be meeting once a month and the complexities of the meetings makes it more difficult … means all of these could actually be delayed,” he said.

Meanwhile, council has been provided an update of current projects across the shire.

Seventy-eight projects on council’s capital works program are at practical completion, 45 are underway, 15 are at the design, consultation or tender process stage, with contracts awarded for four projects.

The first stage of the Cameron Sporting Complex stadium redevelopment in Maffra is set to be completed by the end of July.

Cladding is being added to new and old structures, while the floor for the two new courts was due for installation this month.

Future works are being brought forward to take advantage of the stadium being unoccupied during the COVID-19 restrictions.

The first stage of the Sale Tennis Club redevelopment has been completed, with the five new courts handed back to the club.

The timing of works on seven courts is being determined.

Fencing and lighting for stage two works are in progress.

A contract has been awarded for the Stratford Recreation Reserve change room redevelopment project. Works are scheduled to begin in August, but could happen sooner if the football and netball season is cancelled.

A new concept design is underway for the Stephenson Park change room redevelopment, with consultation with user groups to begin.

The tennis courts surface and fencing have been completed at the Pine Lodge reserve in Stratford, with minor landscaping and commissioning of lights remaining.

Design and documentation works have begun for upgrades at Sale Oval, with the initial concept presented to user groups.

Council has sold four lots of surplus land in Golden Beach for $400,000, with the settlement in June.

Council received no submissions to buy 3370 hectares of land off Weir Rd, Heyfield. It will review the method of selling the land.