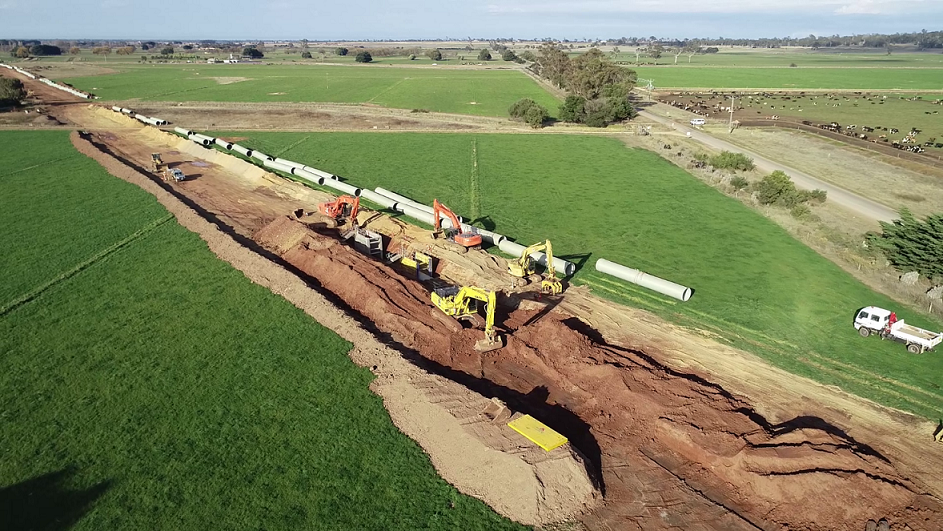 WORK on Phase 2 of the Macalister Irrigation District modernisation project is expected to begin this winter, after the state government this week announced $10.4 million for the project.

On Tuesday, Water Minster Lisa Neville announced $48.4 million in water projects throughout Victoria to modernise irrigation, secure water supplies through recycling and stormwater use, assist with bushfire recovery and benefit the environment.

A large proportion of the funding will go towards channel and outlet reconfiguration upgrades across the MID.

The completed modernisation works are expected to save more than 12 gigalitres of water by reducing leakage, and improve the health of the Gippsland Lakes by reducing nutrient run-off.

The federal government will contribute $31 million towards the $62.7 million project, with the remainder from Southern Rural Water’s MID customers.

But state Nationals MPs say Gippsland has been “dudded” over the irrigation funds.

Gippsland East MLA Tim Bull said the state government had shirked its responsibilities and broken a long-standing cost-sharing agreement with irrigators and the federal government.

Irrigation modernisation programs, including all previous stages of the MID 2030 program, have historically been shared three ways between the two levels of government and irrigators themselves, but Mr Bull said the government had now “broken that deal”.

“The Commonwealth, through Darren Chester, has put up half the cost of the project and the state Labor government has taken advantage and cheated on what should have been it’s share of $20 million.”

Gippsland South MLA Danny O’Brien said the government could have supported farmers in the MID, who were just beginningg to recover from drought and the milk crisis.

“Here was a chance for Daniel Andrews and Water Minister Lisa Neville to support our farmers and reduce the contribution irrigators have to make to this project, but they’ve taken the easy route again.

“They’ve short-changed farmers to help prop up their own bottom line.

“This is a good project that will boost productivity and help create jobs in Gippsland, and Labor’s contribution is too little too late.”

Shadow water minister Steph Ryan said the government’s contribution stood in stark contrast to the money it was spending in Melbourne.

“This $10 million contribution is a fraction of the cost over-runs on one of Labor’s Melbourne projects,” she said.

“Even after borrowing $24.5 billion extra, it speaks volumes that the Andrews Labor government can’t fully fund its share of this project.”

Managing director Cameron FitzGerald said the project unlocked “great value for our customers, who will be able to take advantage of a more efficient system to improve their own on-farm irrigation practices,” he said.

The latest funding takes the total to $154.7 million for the MID modernisation program since 2013, which had included channel upgrades, new pipelines, automated outlets, a balancing storage at Denison and reconfiguration of parts of the 100-year-old system.

Early stage work will begin this winter, alongside the final Riverslea stage of the Phase 1B project which is transforming the southern Tinamba supply network.

The MID already contributes up to $500 million to Victoria’s economy each year.