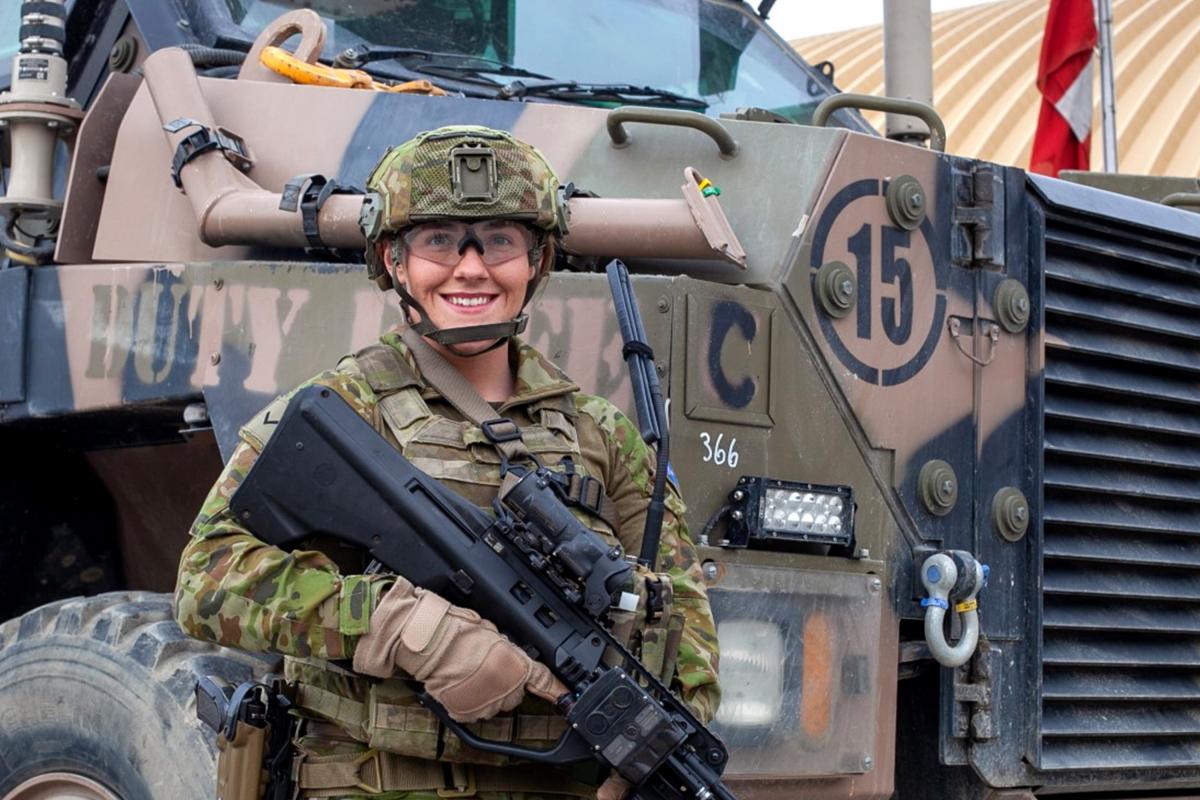 A FARM girl from Newry is helping to protect Australian and coalition forces in Afghanistan.

“So far we have provided protection for mentors from Denmark, Britain and Romania,” Lance Corporal Gray said.

“Each time we set off on a task, their wellbeing and security is in our hands, so we all make the time to get to know one another to build coherence.

“You need to be on your guard with the decisions you make because they could end up being critical ones.”

On her first deployment, Lance Corporal Gray said being able to serve her country overseas had been a dream come true.

“I always dreamt of joining the military, even at a young age as I had heard stories of my grandfather and great-grandfather being part of the Australian military,” she said.

“I’ve always been drawn to anything that poses a challenge and I liked the idea of having a job that would not only protect our country, but help it in times of need as well.”

Lance Corporal Gray believes her upbringing on a dairy farm near Newry made her appreciate the value of resilience, which she has been able to bring to her life and career in Defence.

“I learnt a lot about hard, physical work, waking up at ridiculous times to feed calves and horses or milk the cows before going to school,” she said.

“I also learnt a lot about the environment and how to maintain it.

“I’m proud to be representing my country here and doing my part for, not only Australia, but all the NATO forces here in Afghanistan.”