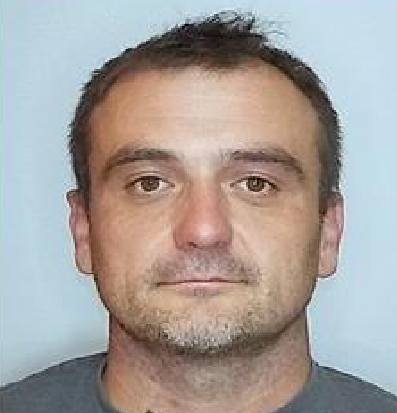 A VEHICLE has been located as part of the Missing Persons Squad investigation into the 2019 suspicious disappearance of Lakes Entrance man Dalibor “Dale” Pantic.

A number of police units were involved in a search through bushland at Labertouche last week.

Following a renewed appeal for information about the missing 38-year-old and his vehicle, a number of members of the public contacted police after seeing media reports.

Police subsequently located a silver Ford in the Bunyip State Forest and the vehicle was retrieved on Friday.

Dale was last seen by his friend at a farm in Perry Bridge on the night of Wednesday, April 10, 2019 and investigators have been unable to establish his whereabouts or any proof of life after that time.

His body was not recovered during last week’s search.

Investigators have also released CCTV which depicts Dale’s 2005 silver Ford Falcon leaving a Sale address at 10.58pm on Friday, April 12, two days after he was last seen in Perry Bridge.

The car was headed in the Labertouche direction.

Police have now established that Dale was not the driver of the vehicle.

There were a number of sightings of the car across Melbourne in the days following his disappearance.

The first sighting was at a service station inbound on the Princes Freeway at Officer at 12.28am on April 12.

It was seen again outbound on Eastlink at the Springvale Rd-Ringwood Bypass at 11.59am and at the High Street Rd-Fertnree Fully Rd exit at 12.07pm.

He was reported missing on April 13 last year and has not made contact with his family, including his children, since.

There has not been any activity on any of Dale’s social media accounts and his bank accounts have not been touched.

Investigators are re-releasing images of Dale, as well as photographs of his vehicle including the distinctive rims.

Anyone who saw Dale around the time of his disappearance or who may have seen his Ford sedan or anyone with information has been asked to phone Crime Stoppers on 1800 333 000 or submit a confidential report online at www.crimestoppers.com.au.