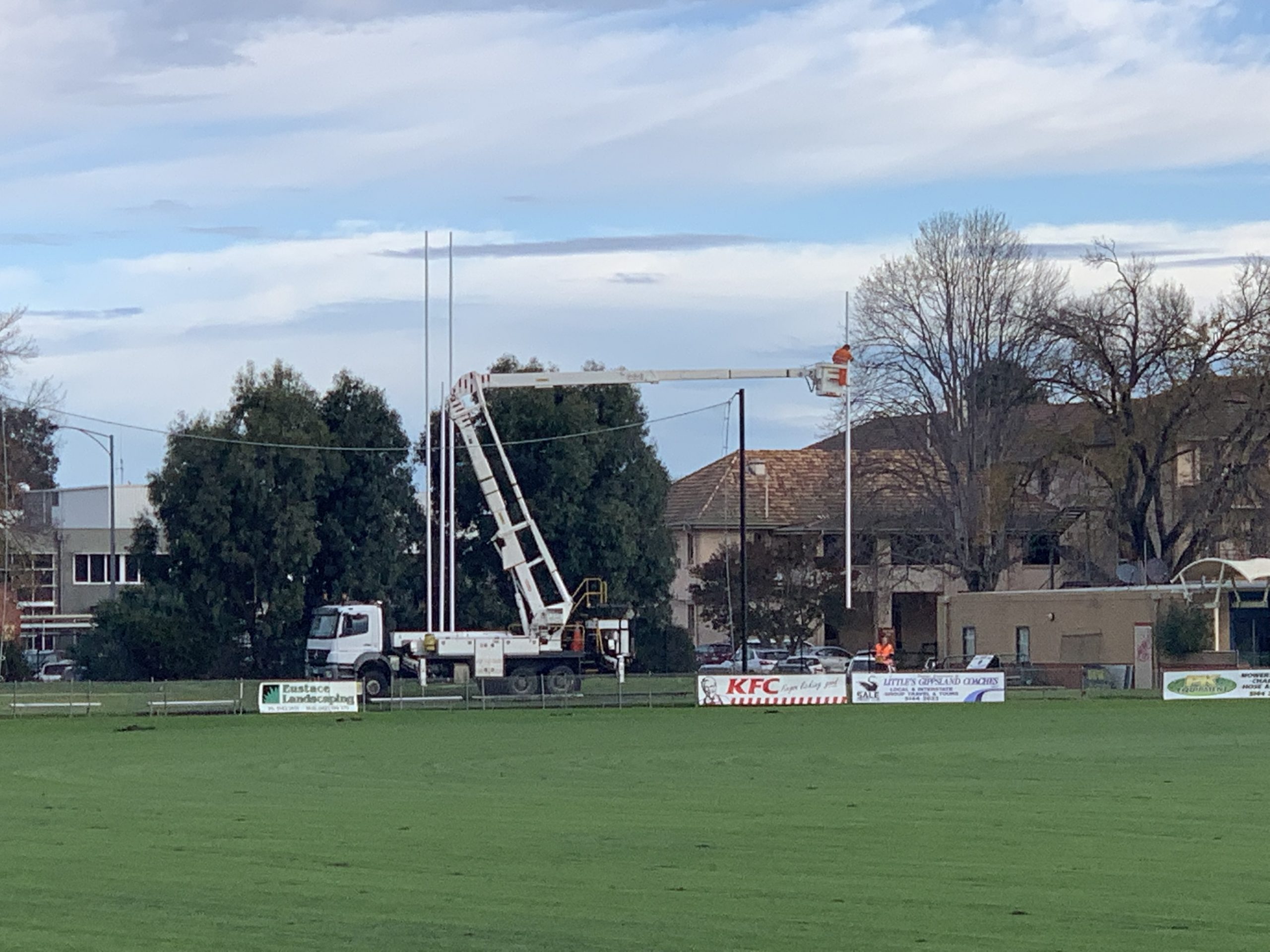 PATIENCE is wearing thin for many local sporting players on the overall workability of various codes as the coronavirus pandemic stretches out.

With a number of minor football leagues across Victoria already cancelling their seasons, there is a call for Gippsland competitions to follow suit.

In east Gippsland, the Omeo-Benambra Football-Netball Club has pulled the pin on playing at all this season, in a move which at least gives club members and players some clarity.

Given how steadfast the state government has been on regulations during the pandemic, and how slowly restrictions have been lifted, it is appearing less and less likely there will be enough time to facilitate a proper season.

The sticking point for any local sporting league or organisation is whether the state government will allow up to 500 people to gather outside.

As clubs are still being forced to pay utility and maintenance bills while there is no income from membership, sponsorship or canteen sales, the majority of signs are pointing to a cancellation of seasons in order to give clubs breathing space and plan for 2021.

For winter sports at least, players have been able to reconnect to the game in recent days as some codes return to training.

GROUPS of 10 were permitted to train in the first easing of restrictions, that number increased to 20 today.

At football ovals across Gippsland, grounds were split in half to ensure group separation.

Players were required to arrive dressed ready to train, and bring their own drink bottle.

With junior teams also training on the same night as some senior teams, trainings were scheduled with a half-hour changeover period between the junior and senior groups.

Players need to sanitise their hands before and after training, while all footballs used also needed to be disinfected.

Each club is also required to have a designated COVID-19 safety officer, who must record the names of all players who attend training.

Naturally, there are limitations on the type of drills which can be performed given the numbers.

Coaches and leaders also face the dilemma of trying to keep players engaged, as they probably know there won’t be a lot of intensity coming out of simple lane work drills.

If a football season is to go ahead and runs into October, provisions are in place to give football priority use of ovals used for football and cricket.

FROM today, groups of 20 players are allowed to gather for training, up from the previous limit of 10.

The sport’s governing body, Netball Victoria, made its intentions clear for a return to competition play in 2020 via a recently statement.

Netball Victoria said it was advocating to the state government for the resumption of competitive netball in mid-July.

“All activity and training must continue to be non-contact and no competitions or match play may take place,” part of the statement read.

“Netball Victoria will continue to support associations, leagues and clubs through this unprecedented time to ensure they adhere to the Return to Community Netball guidelines.

“We expect to see a strong return to community netball and look forward to continuing to work with our passionate netball community to achieve this.”

With most Gippsland netball clubs also aligned with football, it is highly unlikely one sport will get the go-ahead as opposed to the other.

Under netball rules, players intercepting the ball must be no closer than 90 cenitmetres to their nearest opponent, a fair distance from the 1.5 metre ruling currently in place.

With this in mind, coaches may look to undertake drills relating to things such as zone defense, as well as general ball movement from centre court.

OF all sports, soccer may be the most responsible in terms of facilitating a slow but steady return to play.

Football Victoria and the Latrobe Valley Soccer League will meet tonight to discuss a number of background issues, as 20 people per half pitch were permitted to train under social distancing rules from today.

“Participation must be deemed safe by government authorities. This includes any relaxing of social distancing restrictions for outdoor gatherings.

“All participants, including clubs, referees, officials and players must adhere to federal, Victorian and local government advice/requirements, Football Victoria return to play/train conditions and any FFA direction at all Football Victoria/club sanctioned football activities.

“Failure to do so may result in sanctions and voiding of participant insurance.”

Sale United played one official match this season before the competition was suspended.

HOCKEY Victoria has released two and three-month season scenarios for competitions to potentially go ahead this year.

The governing body’s preference is for a three-month season, but still considers two months a viable competition.

Under both of these options, seasons would conclude no later than October 31, with Hockey Victoria hopeful the 2020 season can get underway in the weeks after the July school holidays.

In the meantime, Hockey Victoria has turned its focus to rule changes to fit the modified competition structure to ensure safety of all participants.

The East Gippsland Hockey Association is continuing to look at a range of scenarios for if and when restrictions allow for a season to be conducted. Participants from all clubs were invited to complete a survey to help inform part of the decision making.

Hockey may be the sport most inconvenienced by coronavirus, given that every stick used may need to be properly cleaned before and after use.

LIMITED forms of tennis have been permitted since May 13.

Tennis Victoria released a Return to Tennis Toolkit on May 22, designed to support those involved in delivering or playing tennis.

Like all sporting clubs, tennis is adhering to rules governing the closing of clubhouses, as well as recording everyone who enters a tennis venue.

Off-court gatherings are prohibited, and clubs have been advised to leave gates ajar during opening hours if possible.

The groups of 10 rule is only applicable to those playing outdoor tennis.

With a number of local clubs looking toward the summer season, all will be eager to once again enjoy an evening hit once daylight saving returns, particularly over the Australian Open period.

Sale Tennis Club recently held its annual meeting via Zoom, while the courts at Stratford Tennis Club are being updated.

Maffra Lawn Tennis Club also has a busy time ahead, with major renovations in the pipeline as well as the return of the landmark Easter tournament, which was cancelled this year because of the pandemic.

THE arrangement with football in regards to ground use might not affect things too much for cricket, given the start of the season is often rain-affected, although the quality of wickets may be compromised as curators usually need a least three weeks to prepare tracks.

In the Sale-Maffra association, there may be scope for clubs which don’t use grounds for senior football to play a number of home games in a row early in the season to give other grounds a chance to freshen up.

Maffra, Boisdale-Briagolong, Bundalaguah and Collegians could be called on to help everyone out.

Playing stocks at cricket clubs may also be hampered, as it is unlikely international travel bans will be lifted until November. Clubs may then decide whether it is worth bringing international players across for half a season.

It is a high possibility the drinks break will see huge changes this season if players are required to take their own water bottle.

Given the cricket season is still months away, it is hard to ascertain exactly what changes will be implemented, although it is certain there will be a different look to some development programs after Cricket Victoria made a number of cost cutting moves.

The issue on whether or not saliva will be allowed to be applied to the ball has caused a good level of discussion.

Renowned cricketing company Kookaburra has recently developed a special wax to act as a substitute for saliva, although it has been dismissed as a bit of a gimmick. Other more practical suggestions to try and eliminate a potential dominance of bat include making the second new ball available after 50 overs instead of 80.

Given the high cost of four-piece balls, it is unlikely clubs, who generally spend upwards of $4000 a season on balls alone, will be in favour of forking out money to pay for more balls.

Perhaps the best suggestion is also the simplest, and that is to just leave more grass on wickets.

To some players the saliva debate could be a non issue, as a lot of bowlers only dry-shine the ball in order to entrap as much heat as possible to get the ball to reverse swing.