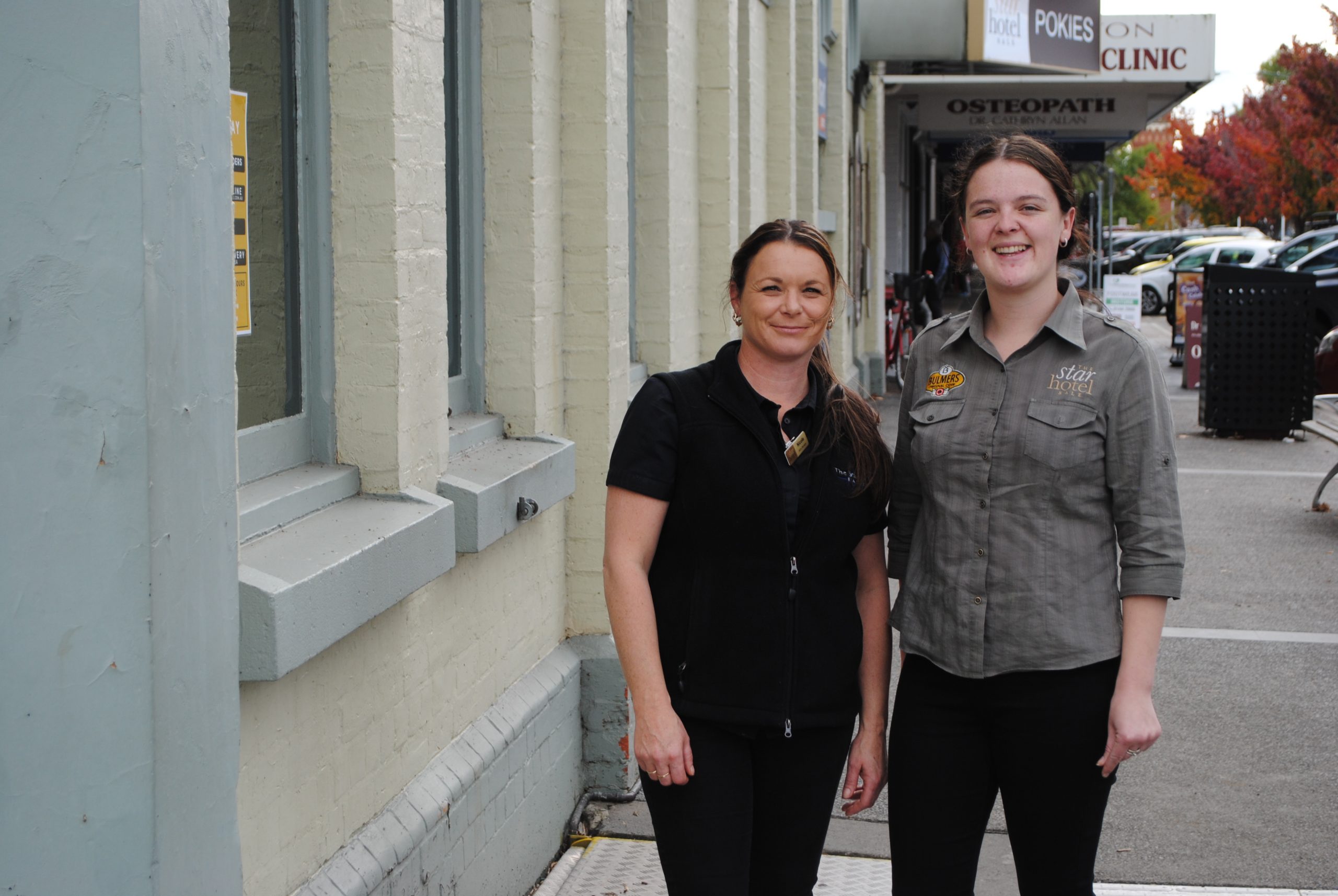 WELLINGTON Shire eateries embraced the return of table service today with gusto, showing diners they were well prepared and giving them a promising preview of ‘business as usual’.

That, of course, could be a long way off, but yesterday, restaurants and cafés began to ‘buzz’ with life again and prove they are an important part of the shire’s social fabric.

While the new rules mean any eateries that provide dine-in services can seat up to 20 patrons per enclosed space, there are some caveats that kept venues busy last week preparing for the changes required.

Firstly, venues must offer table service to serve food, so there won’t be any eating at bars, and public bars and gaming areas remain closed.

There are also changes to menus, with buffets and other communal serving dishes no longer on offer, including self-serve drink dispensers.

It’s a welcome step for the Lakeside Club in Sale, which has been doing a thriving take-away trade, but can now seat up to 20 patrons in each separate dining space because it has more than the required 80 square metres of floor space.

Establishments with less than that, but at least 40 square metres of floor space, can seat a maximum of 10 diners in each ‘space’ – but they must all meet the four square metres per patron rule.

General manager Lauren Glover said it had been a busy time preparing for social distancing requirements and ensuring all staff received the mandatory hygiene and disinfection training. But she said everyone was pleased to return to some level of normality.

“We’ve put all the changes in place and all our staff have done a lot of work to prepare for this, so we were certainly ready,” she said.

Ms Glover said Monday’s return of table service was a promising move towards getting back to business, and she said customers had shown the club a lot of warmth and support.

“It will be good to see further restrictions lifted as soon as possible,” she said.

All dining establishments have been sent links to the Hospitality Industry Guideline, a 30-page online document outlining how to safely resume operations and build confidence in the community that it is safe to eat out.

Part-owner of Sale’s Criterion Hotel, Rex Sun, could hardly wait to get diners back in the door into the once-buzzing dining room again.

Mr Sun said bookings began coming in as soon as the ease of restrictions was announced, and the Criterion team was excited about seeing diners again.

He said he had received many messages from customers in recent days showing they were ready to get out of the house for dinner again.

“The restaurant had looked a bit sad since this all began, so it is great to have people back in,” he said.

“People have been telling us they want to come back – it feels like it’s been a very long time.”

The Criterion is also offering two sittings to accommodate a larger number of patrons, and is offering a new menu with lots of warm, winter dishes.

Like the Lakeside Club and some of the bigger eateries, the hotel can have more than 20 diners by seating groups in separate areas, such as its drawing room, balcony room, library, and the Macalister Room.

Those with plenty of room are well suited to social distancing rules that mean all tables can only have a maximum of six patrons, and are placed so that diners on neighbouring tables remain 1.5 metres apart when seated.

But all that is contingent on having the staff available to thoroughly disinfect all surfaces in between diners, and maintain strict and regular cleaning procedures.

Manager at Sale’s Star Hotel, Jeremy Green, said he had missed the social interactions with in-house diners, and had been itching for patrons to be allowed back.

“Hospitality is a very sociable industry; being sociable is what we like to do and we love that interaction with patrons,” he said.

Mr Green said it would be interesting to see what trends had developed during the restrictions, and whether people would return to their past habits.

“Some people might have gotten used to eating our meals at home, and that’s okay, they can continue to do that, but we know others love getting out and will prefer to eat in,” he said.

The Star Hotel can seat 78 patrons inside its various separate dining areas, but 118 if people choose to use the alfresco areas.

Mr Green envisaged a productive period on the horizon, as people realised they could enjoy a cold beer with their meal, once again.

“I think we’re set for a busy time ahead,” he said.

The Sale Greyhound Racing Club bistro has also welcomed back indoor dining, and could have an increased amount of foot traffic thanks to a generous offer from general manager Peter Johnston.

Mr Johnston said the beer taps would be open to anyone sporting an isolation beard.

“In true iso form I have grown a beard, so I am offering one free schooner per iso beard,” he said.

Bistro staff have been fully trained in COVID-19 compliance, which requires eateries to document the name and contact details of all patrons on arrival.

A new shortened menu will greet customers, as well as daily chef specials.

“It’s exciting to be returning to some normality, and we are looking forward to seeing everyone back at the club for lunch and dinner,” Mr Johnston said.

“The new regulations require full table service, which is great for our venue, as we have offered it for over three years now.”

Sporting Legends will be another local establishment to welcome back indoor dining.

The Sale venue has offered a drive-through takeaway menu in the interim, which has been a resounding success as motorists pull in off busy York St.

The entire complex was sanitized in time for today’s return.

Sporting Legends representative Sheryl McMillan said it was great to see sit-down food and drinks back on the menu once again.

“We’re excited about being able to open, especially the staff to get back amongst the people,” she said.

The customer limit for all applicable eateries will increase to 50 people per separate space from June 22 and 100 people by mid-July.