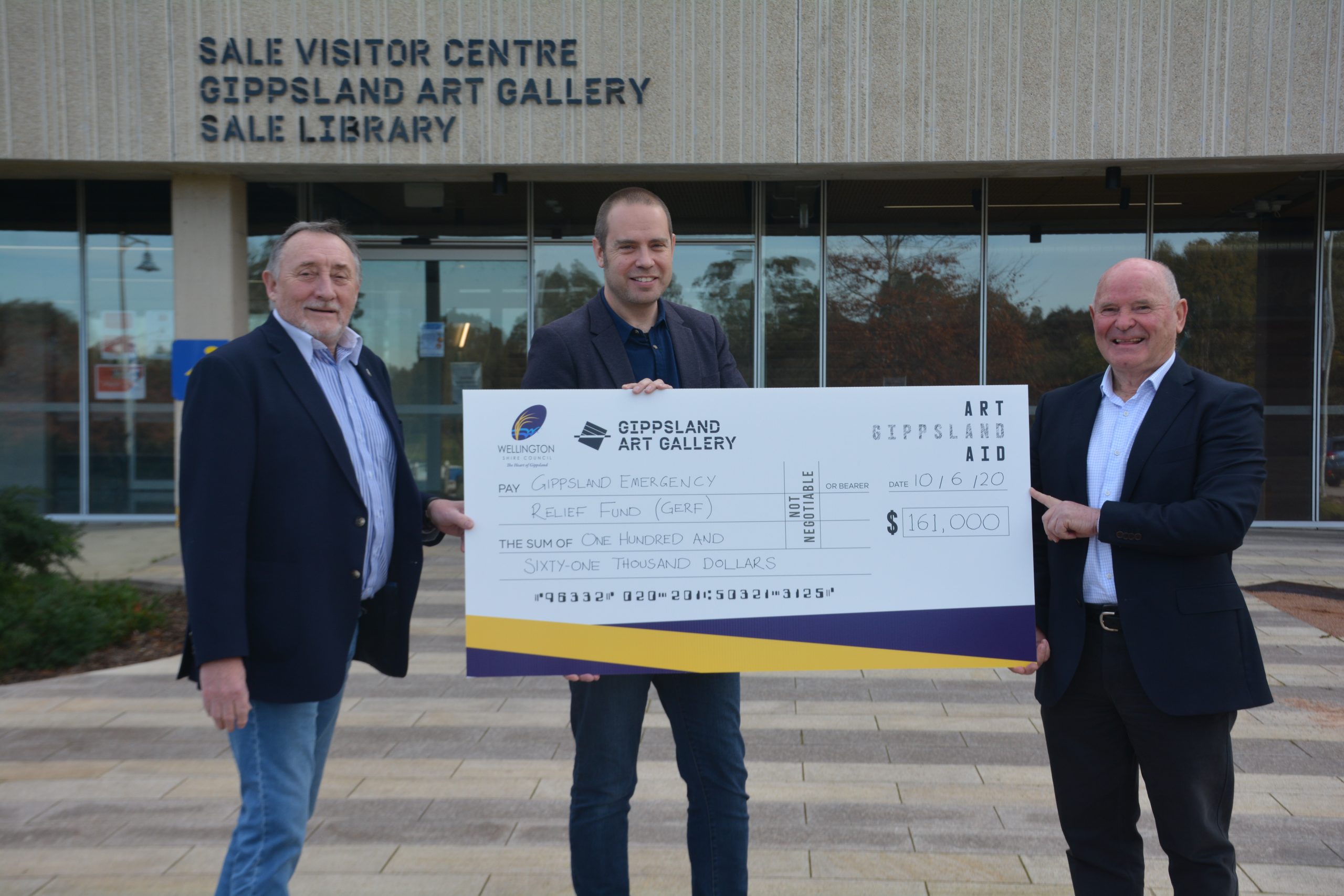 FIRE-affected farmers and east Gippsland communities will receive a further helping hand, after the arts community rallied together to raise money for Gippsland Emergency Relief Fund.

Artists from across the country and the globe collaborated under an initiative labelled ‘Art Aid’.

The campaign began in January at the height of last summer’s bushfires, with the call put out to artists to donate pieces to Gippsland Art Gallery, Sale, for auction.

The response was overwhelming, with more than 800 artworks donated and some 3500 bids made.

Such was the volume of donations that collection points were established around Victoria, and freight companies were used to transport artworks to the gallery.

“It was a huge event that only came together by so many individuals and organisations all working together.

“We accepted all kinds of artworks – there were some sculptures, some pieces that were too large to actually fit in the gallery – so we had images of those online and people were able to bid for them online.

“We had pr intmaking and painting and woodwork, textiles – any possible thing you could think of – we had.”

The money raised added to the sizeable total donated to GERF throughout its now-closed bushfire appeal.

GERF president John Mitchell thanked the gallery for its work and said those affected were truly appreciative as the money made its way east.

“I can tell you the recipients of that money are just so grateful that A, they’ve got some funding assistance, but B, they’ve got people making a statement that ‘we support you and you’re not alone’.

“It’s such an innovative way and we’re pleased to see that Simon and his teams initiative have been so well supported by the art community.”

Most of the money will be spent on fences and fodder, with fencing facing a significant rebuild.

Mr Mitchell said many people may not be aware of just how much fencing was wiped out in the fires.

“It’s an interesting metric in terms of fencing, there’s something like more than 5000 kilometres of fencing – both boundary fencing and internal fencing have been lost,” he explained.

“The cost just for materials per kilometre is about $5000.

“So there is a huge way to go in terms of helping those farmers and helping the community getting back on their feet.”

GERF has a busy time ahead allocating the money.

“We’ve done about 2080 residents in Gippsland who have suffered the impacts of fire, so we’ve allocated in excess of $9.1 million already to those people,” Mr Mitchell said.

“Currently we’re allocating at least $1.5 million for both fencing and fodder, so we’re doing that in partnership with the Heyfield Lions Club and also the Victorian Farmers Federation.

“We’ve had 170 farmers in the last few weeks who have made application for fencing grants and we’ve allocated $1 million to those farmers, and we’ve also got 78 farmers who have requested assistance for fodder to get them through the winter period.”

“We’re kind of good at it now, in terms of understanding what emergency looks like,” he said.

“Off the back of the worst drought in history, to be hit by the bushfires, there’s this incredible resilience – but also this understanding that people from all over Australia and internationally recognise that this was worthwhile to support.”

“If it hadn’t been for Simon and his team taking that lead role to get this started, then it wouldn’t have happened.