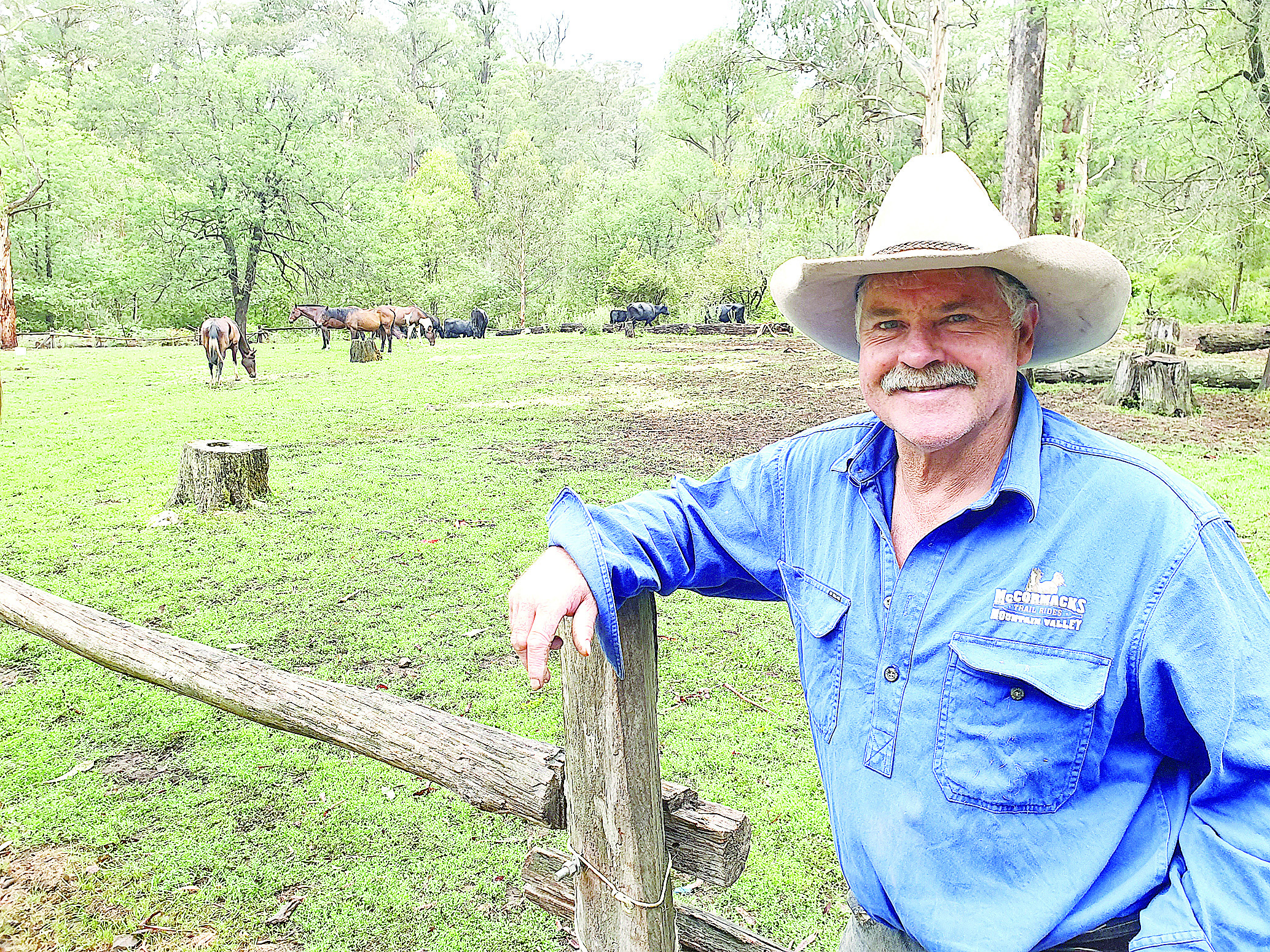 Speaking last week, MCAV president Bruce McCormack said his organisation was not given enough credit – too easily dismissed as “old farmers out of touch”.

As public hearings for the Royal Commission into National Natural Disaster Arrangements get underway, Mr McCormack said he was hopeful one of the inquiry’s conclusions would be to re-examine the benefits of grazing in alpine areas.

“We keep saying to the government, over and over, that we are here and we want to help make the High Country a better place, a safer place,” he said.

“We have knowledge that stretches back to when Victoria was first settled; mountain cattlemen were here from the beginning, and we like to think we have something to offer for the future.”

What they have to offer, Mr McCormack said, was knowledge learnt from on-the-ground experience.

“Grazing anywhere – whether it is on your farm at home or in the High Country – reduces fire fuel loads; it’s as simple as that.

“In the state forest and alpine national parks, where fire fuel loads are out of control, this can only be a good thing.”

Senior Counsel Assisting at the Royal Commission, Dominique Hogan-Doran, said in an opening address that there was limited scientific research relating to the effectiveness of grazing cattle and reducing fire fuel loads.

“(The) background paper published on the website on fuel load management acknowledged that there is limited research or scientific study of the use of livestock grazing as a fire management technique; although it acknowledged a recent European study which identified grazing as a practice particularly relevant at the interface of urban and densely vegetated areas,” she said.

New South Wales Deputy Premier John Barilaro has made a submission to the Berejiklian government’s bushfire inquiry, calling for cattle grazing to be used as a fire prevention method.

He made a similar statement back in 2019, backed by NSW Agriculture Minister Adam Marshall who said, “I fully support more backburning operation in national parks.

“Trust farmers, who are neighbours of parks to help as well as limited grazing of stock in some areas of national parks, would help, too.”

Mr McCormack said in Canada, the province of British Columbia had partnered with its local cattlemen’s association to help develop a program to use cattle as part of a targeted grazing program to manage grass, fallen leaves and other natural fire fuels.

Some $500,000 has been given to the program by the Ministry of Forests, Lands, Natural Resource Operations and Rural Development – the rough equivalent of Victoria’s DELWP.

British Columbia Agriculture Minister Lana Popham said in a statement the program would be a win-win for the province, as it both minimised fire risk and supported British Columbia’s cattle and meat industries.

“Reducing the risk of wildfires and adapting to a changing climate requires more action than the status quo of the last 20 years,” she said.

With so many keen to embrace – or at the very least, consider – the return of grazing as a bushfire mitigation tool, the MCAV wants to know why the Victorian government steadfastly refuses to re-examine the facts.

“It is only in the last few decades that we have seen consistent, devastating bushfires in our High Country and alpine regions,” Mr McCormack said.

“Before that, in our areas at least, mountain cattlemen kept the fire fuel loads to a minimum by grazing and ‘cool burns’, a method they learnt first-hand from the local Indigenous.

“All we can hope is this bushfire enquiry might give us some recommendations based on common sense, rather than academic diatribe learnt from behind a desk and not in the bush.”