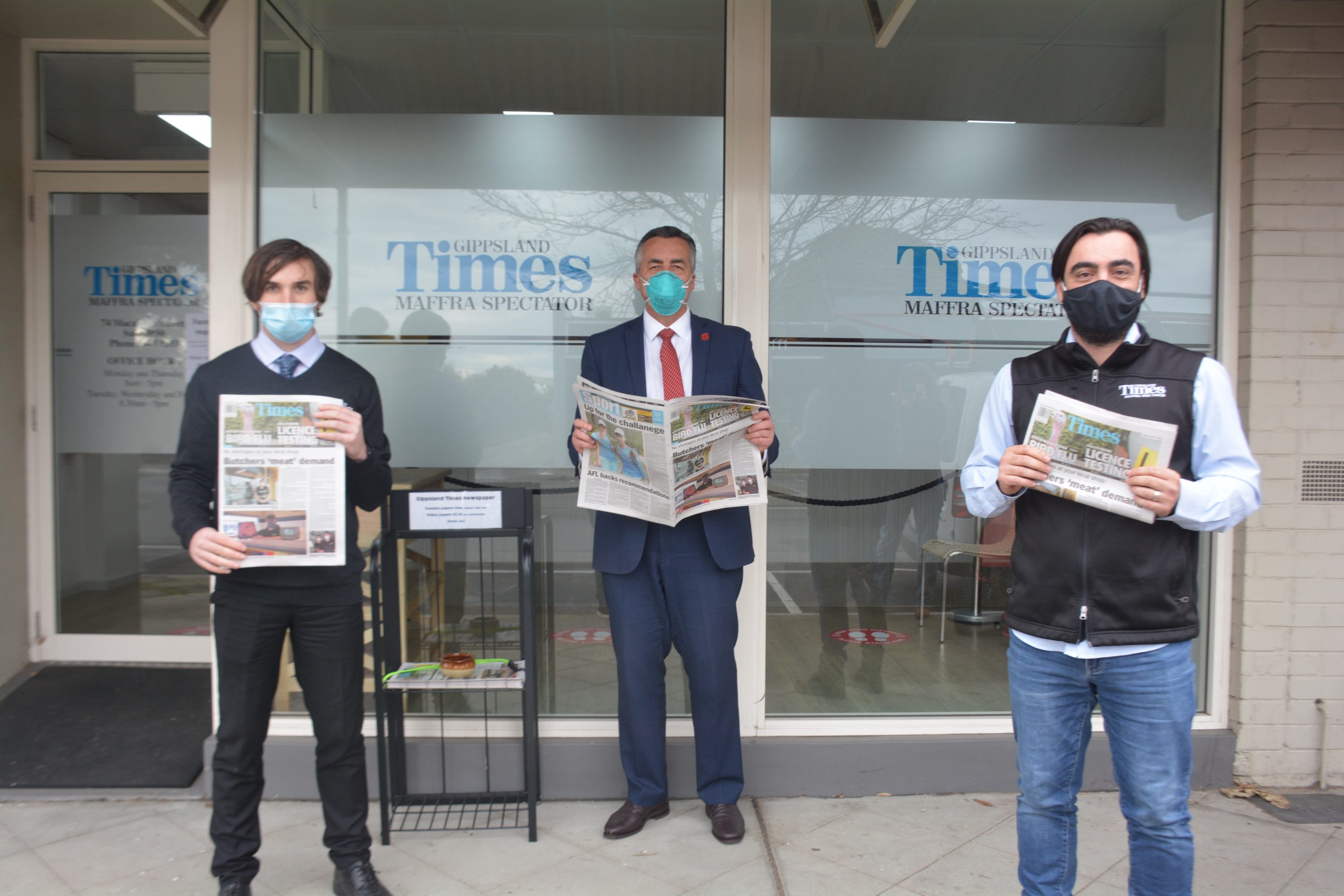 THE Gippsland Times and sister paper Latrobe Valley Express will receive more than $300,000 to support local journalism during the coronavirus pandemic.

WIN Television, which has regional newsrooms across Australia including in Traralgon, has been allocated almost $4.5 million.

Gippsland MHR Darren Chester, a former journalist who worked at the Times, Express and WIN Television, said the funding would help media outlets to continue sharing reliable news and information.

“Now, more than ever, our community is looking for and relies on the kind of detailed local information that only a local news organisation will provide,” Mr Chester said.

“This funding will go some way to supporting local media jobs and quality reporting on local issues relevant to their readers.

“With so much spurious information being widely available online, it’s never been more important to encourage quality journalism.

“The media also plays an important role in helping to keep our communities well informed and connected at a time when we need to stay apart.”

“COVID-19 has significantly impacted commercial and retail activity, and all media are at the pointy end of these changes,” he said.

While the funding is welcome, Country Press Australia, the representative employer body for more than 140 independent regional and local mastheads, was extremely disappointed with how the funding was allocated.

More than $38 million of the total amount of $50 million, had previously been earmarked for regional and small publishers under a previous funding program, but was never allocated.

In reality, it appears likely that as little as one third of that committed money has gone to its originally intended recipients.

“Funding under the program will see $20 million for television, $12 million for radio and $18 million for publishing all across regional Australia,” Mr Fletcher said.

“This funding will support a broad range of activities such as staff wages, training and technology upgrades to allow the successful recipients to keep delivering important news services to their communities.”

The PING program is one of the measures the federal government is providing to support the media industry during the pandemic.

Other measures include $50 million for a Temporary Interruption Fund to support local film and television producers to resume filming, $41 million spectrum tax relief for 12 months for commercial television and radio broadcasters, $5 million for the Regional and Small Publishers Innovation Fund and temporary emergency suspension of content quotas for 2020.