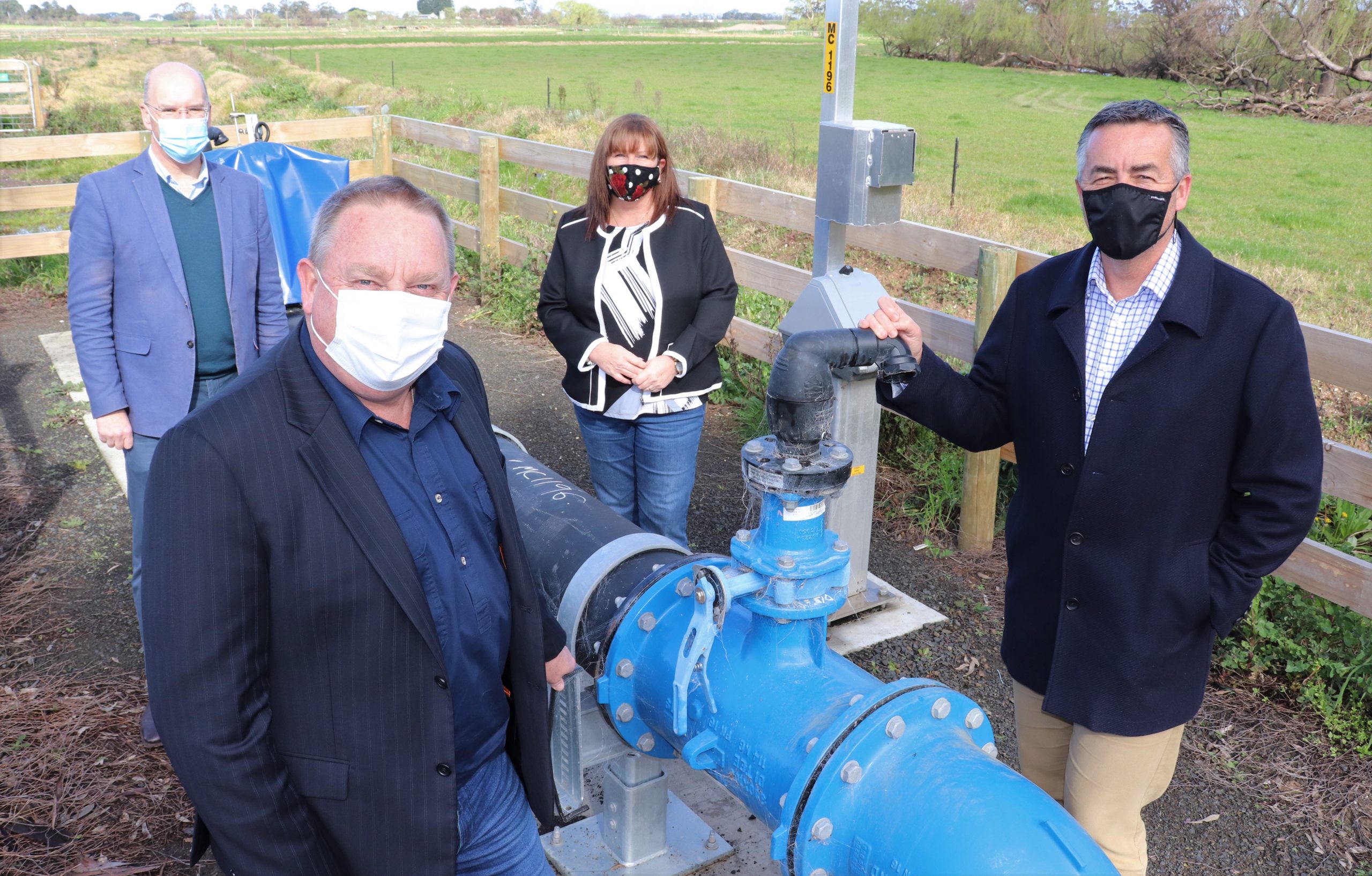 AN important stage of a $155 million infrastructure modernisation project designed to save water and improve productivity in the Macalister Irrigation District is now operational.

Southern Rural Water is leading the MID2030 modernisation project, with work done so far including the upgrade of infrastructure in the Nambrok, Denison, Tinamba, Mewburn Park and Riverslea areas.

Gippsland MHR Darren Chester said the completion of this final stage of the first phase of the works program would allow attention to focus on the second phase next winter.

“The MID2030 project is all about supporting hundreds of local jobs, protecting the environment and building on a world-class agricultural region to make it sustainable for the next 50 years,” he said.

“Irrigators are seeing the benefits of the modernisation project, which has allowed them to make significant on-farm investment and improve their irrigation practices.

“It’s been a massive undertaking and a huge investment that has already saved 21 gigalitres of water that would have been lost, including through evaporation and seepage.

“The completed work has set the stage for the next $62.7 million phase of the project, which will ramp up in winter 2021 after this current irrigation season ends.”

Phase two is centred on some of the oldest and least efficient zones in the MID. The improvement works are forecast to save more than 12 gigalitres of water and include reconfiguring the Newry River irrigation supply, replacing channels with pipelines and automating outlets.

The Nuntin and Stratford irrigation supply networks will also be upgraded and reconfigured.

Some work has already begun as part of phase two, including installation of four new gates and the desilting of almost 10 kilometres of channels on the Stratford supply.

“This is another important milestone in this project that was commenced by the Nationals when in government at the state level in 2010 with an initial commitment of $13 million,” he said.

“At that time, we stood not far from here to announce the modernisation scheme would commence.

To now see the finish line in sight and the benefits it has delivered is a credit to Southern Rural Water and the farming community that had the foresight to prepare the 2030 modernisation program.”

“By mid-2024 when all phases of the modernisation project are due to be finished, the Macalister Irrigation District will be a highly automated, efficient, reliable, modern water delivery system,” Mr Chester said.

“The MID contributes an estimated $500 million to the Victorian economy. Upgrading the remainder of the irrigation network will save water, boost the production of milk and food in Gippsland, and reduce the amount of nutrient discharges reaching local waterways and the Gippsland Lakes.

“Completion of phase two allows for more efficient irrigation practices and secures a strong future for the agricultural sector in Gippsland.”

The federal government will provide $31 million to phase two, SRW $21.3 million and the state government $10.4 million.