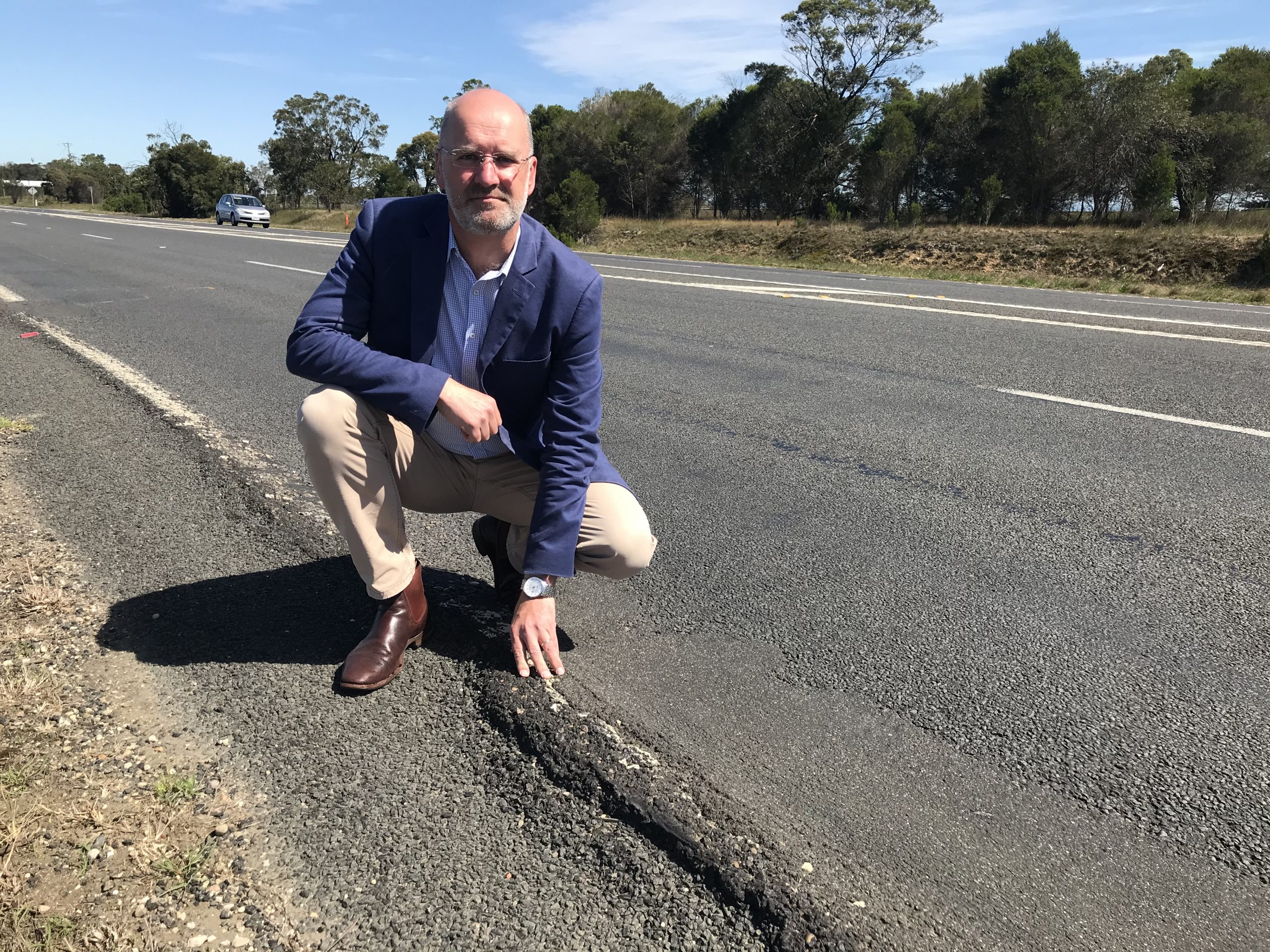 GIPPSLAND South MLA Danny O’Brien says the state government must get moving and finish duplicating the Princes Highway from Sale to Traralgon in order to boost the local economy.

Speaking in parliament recently, Mr O’Brien said with funding finally confirmed for the final two stages after a three-year campaign, the government must start work quickly.

“This is a shovel-ready project that could help generate jobs and economic activity coming out of lockdowns if it was put to tender now,” Mr O’Brien said.

“This week I have received a letter from the Minister for Transport Infrastructure advising that ‘pre-construction activities’ are already complete, but that ‘procurement’ won’t be underway until the end of the year.

“The funding was announced at the start of July – more than two months ago – and yet the tender has still not been released.

“We should have graders rolling within months, not waiting until next year.

“This is a project that is planned and ready to go – it can create much-needed stimulus right now when we need it most.”

The completion of the duplication involves the two remaining stages at Flynn and Kilmany, including the Kilmany overpass, and its construction will create 185 direct and indirect jobs.

Mr O’Brien said the government’s failure to get this project moving had already led to an $85 million blowout on what the project was predicted to cost just three years ago.

“This is a project that will boost our economy both right now and into the future as it will speed up transit times for travellers, improve connectivity for business and make the road safer for the 15,000 vehicles on it every day.

“Both sides of politics can see the value in this project, but there is no reason to wait until 2021 to get the tender out.

“This project must get moving so that we can get our economy moving.

“We need action, not more excuses.”