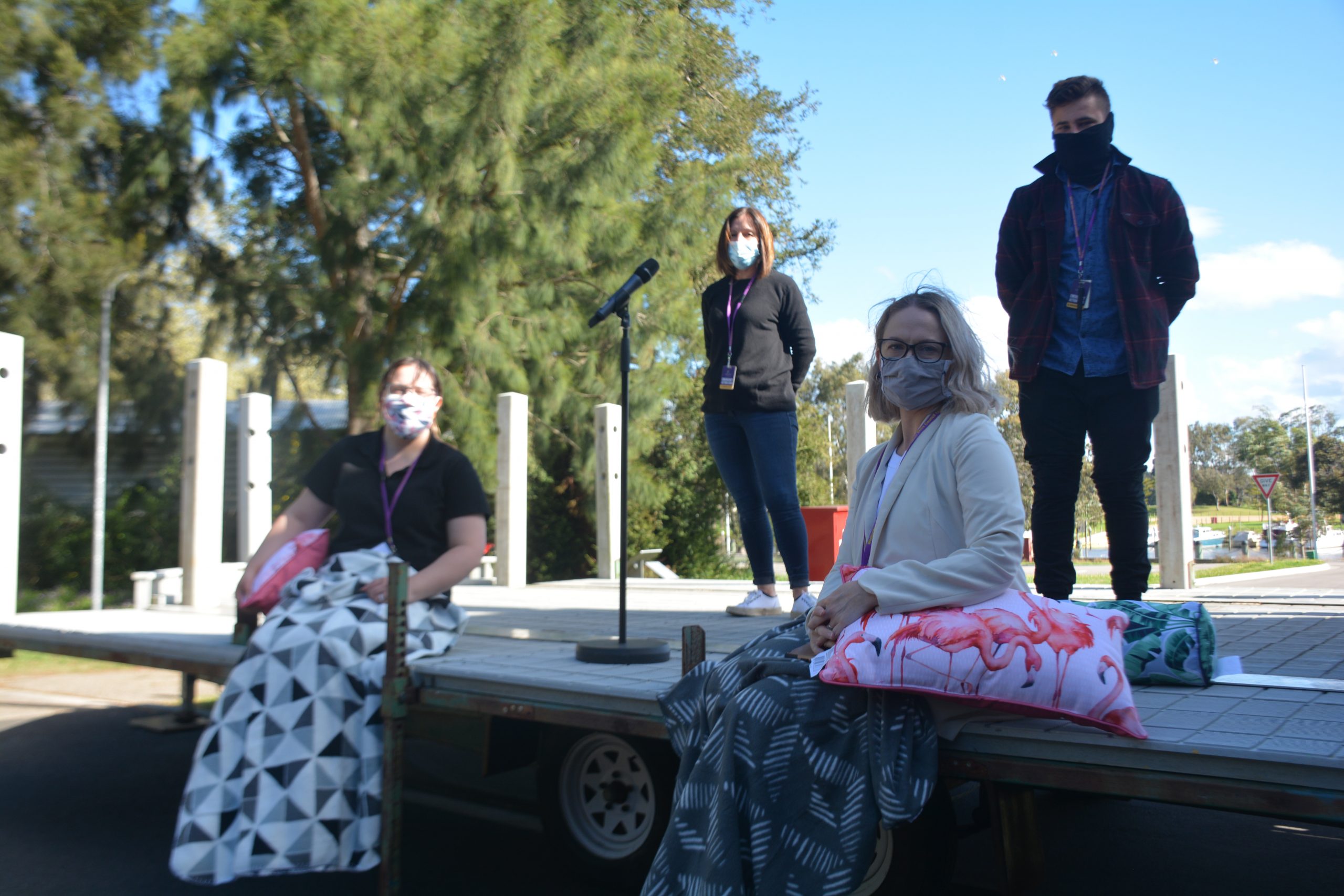 IN a first for regional Victoria since the easing of restrictions, The Wedge performing arts centre in Sale will host outdoor shows from Friday night, beginning with ‘stage door twilight sessions’.

Friday night’s performer will be Imogen Price from Phillip Island, with FRANK on Saturday night, both performing from 7pm.

The 19-year-old singer-songwriter, guitarist and pianist has a unique take on the indie-folk song genre, offering immediately hummable melodies and heart-on-the-sleeve lyrics delivered with her lilting and commanding vocals.

Her debut single Life Boat was released in 2018 to an incredibly warm reception leading to appearances at the inaugural Ocean Sounds Festival, this year’s NYE on the Hill and support sets with Vanessa Amorosi, Wendy Matthews, Russell Morris and Pierce Brothers.

The show is expected to continue for about two hours.

For those who are strong followers of the pub music scene, FRANK will be next cab off the rank, on Saturday night from 7pm.

The Sale-based rock band has been a regular feature at pubs and clubs across Gippsland and its beats and covers get everyone onto the dance floor.

People will be able to enjoy some outdoor live entertainment, grab family and friends, dress up and enjoy a cold drink while listening to FRANK.

Tickets to these shows are $25, and The Wedge will notify ticket holders two hours before the performance if there is a postponement because of adverse weather conditions.

The shows will be the first of a series of performances Friday and Saturday nights from a diverse range of local performers who will take to an outdoor stage overlooking the Port of Sale.

They will perform before groups of up to 50 people, socially distanced, under new step three rules set out by the Victorian government.

The twilight sessions will showcase some amazing local talent during coming weeks, including Imogen, FRANK, Harry Hookey, Micka Harrington and Erin McKinney, as well as a special Book Week and a Halloween performance.

There will be specially designed seating arrangements which will adhere to the 1.5 metre social distance rule, and to sweeten the deal, The Dock will also be on hand serving food and drinks each night.

“Performing artists have taken a huge hit in 2020 because of restrictions, so it’s important we get the industry up and running as soon as possible,” she said.

“We’re hoping it will help our region in the long road to recovery and provide some kind of normality.”

The Wedge will also be wrapping up its online events in the coming weeks, with the final of its popular Saturday night trivia set to cross live from the twilight sessions on Saturday night.

Trivia buffs will still need to link in online.

The QuaranTONY Awards Part II wraps up on October 8.

Entries will be judged in an interactive online event via Zoom.