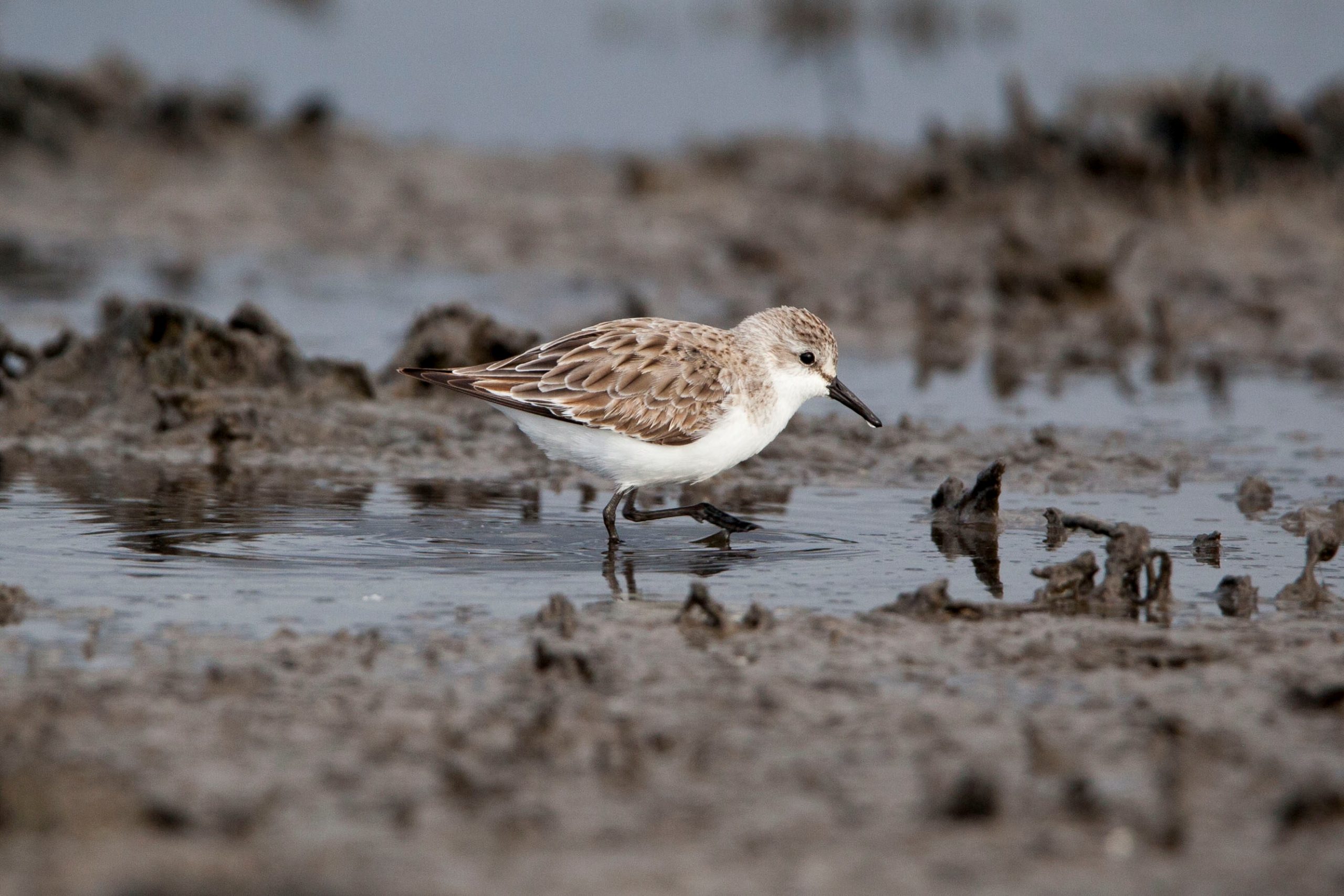 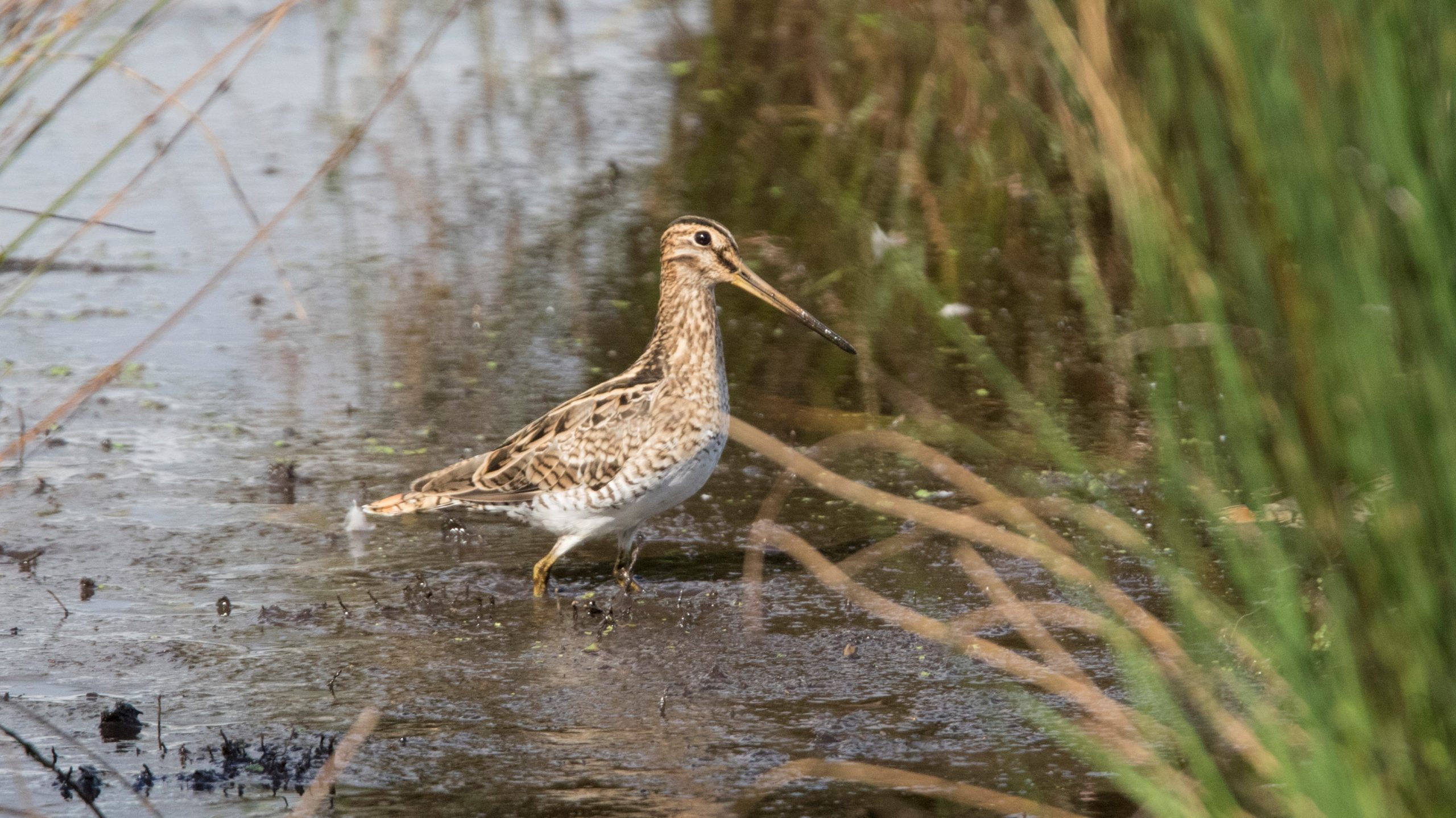 GIPPSLAND is receiving hundreds of international travellers as they escape the harsh northern winter.

However, none of these arrivals are quarantined.

Indeed, none of them even go through an airport.

The arrivals are a collection of Snipes, Godwits, Knots, Stints and Sandpipers (both large and small) – 37 species of migratory shorebirds, arriving just in time for World Migratory Bird Day on Saturday.

The Gippsland Lakes and Corner Inlet are havens for hundreds of migratory birds who travel thousands of kilometres from Northern Europe, Russia, Alaska and Asia to enjoy the warmth of an Australia summer before returning home.

“All the work by private landholders, community groups and government agencies to protect and improve habitat means that the Gippsland Lakes continues to offer safe feeding grounds for these birds,” Ms Sullivan said.

A couple of species are of particular note, they are the Red-necked Stint and the Bar-tailed Godwit.

“The Red-necked Stint is extraordinary and is already arriving in Gippsland,” said Deb.

“It leaves its breeding grounds in Siberia, stopping off along the way to feed and rest before making its way to northern Australia. From there it flies southwards until it reaches the Gippsland Lakes where it will feed and bulk up for the return trip.

“Not bad for a bird that weighs less than two fifty-cent coins,” said Deb.

The Bar-tailed Godwit is a wading bird with another incredible migratory journey.

“The Godwit migrates from Siberia or Alaska via the Yellow Sea between China and the Korean Peninsula to our lakes,” Ms Sullivan said.

“One individual bird that bred in Alaska holds the world record for longest, non-stop flight of 11,680 kilometres in 9 days across the Pacific from Alaska to New Zealand.

“Once here, it pretty much eats constantly for the next six months to bulk up and build strength.

“The reason it needs that strength is because it makes the return trip non-stop.

“No stopping off spots, no food stops.

“Gippsland to Siberia in one flight.”

Another favoured destination for migratory birds is Corner Inlet in southern Gippsland.

This Ramsar-listed site has recorded sightings of 35 different migratory wader species and the largest number of sightings of Eastern Curlew in Australia.

“The Eastern Curlew is another incredible bird which spends time in Gippsland,” Ms Sullivan said.

“It migrates from Russia and China via the East Asian – Australasian Flyway which runs from southern Australia to Siberia.

“Its migratory path is one of the longest in the world at around 10,000 kilometres and depends on visiting coastal wetlands along the way to rest and refuel before departing.”

To protect the habitat that the Eastern Curlew and other species depend upon, the West Gippsland Catchment Management Authority has been working with Parks Victoria, and landholders across Corner Inlet.

“For example, with Parks Victoria we’ve been working to control the weed Spartina which encroaches on mudflats and restricts bird feeding,” Ms Cowell said.

“We are also partnering with Parks Victoria to control foxes on the barrier islands in Corner Inlet as foxes can limit wader roosting and feeding opportunities.

“We also work with landholders along the coast to protect the native saltmarsh, which provides food and shelter for some species and protects the integrity of the mudflat ecosystems for the benefit of all wader species.

“It’s an ongoing campaign which, with the help of local landholders is helping these remarkable birds to survive and thrive.”

In central Gippsland, the Heart Morass provides another example of what happens when habitat is improved.

Since 2006 WGCMA, Field and Game Australia and the Williamson Trust have managed the former site of three dairy farms, reinstating the wetlands, removing weeds and planting thousands of native trees.

In recent weeks, flocks of Latham Snipe have been arriving at the Heart to find large bodies of water and an environment suitable for summer resting and feeding.

More than 70 were counted at a recent survey.

Birdlife Australia volunteer Jack Winterbottom said there was no doubt that when people improve the environment, migratory birds locate it and use it as part of their annual cycle.

“Over recent years, places like the Heart have attracted numerous species for the summer where they find the environment perfect for them to feed and rest,” Mr Winterbottom said.

The theme for this year’s World Migratory Bird Day is ‘Birds Connect the World’ which, at a time when most people are not travelling, is perhaps the closest they will get to an overseas adventure.

However, the theme of global connection was realised when a Birdlife Australia monitor sighted another visitor to Gippsland, the Red Knot.

“During a regular monitoring survey Birdlife staff and volunteers sighted a bird which had been banded in Russia 11 years ago.

“It was the first reported sighting of the bird outside of Russia.

“When we reported the sighting to the scientist in Russia, he was overjoyed to hear that a bird he had examined and banded so long ago was still alive and migrating to our part of the world along with thousands of his friends.

“It was a lovely moment of connection from one side of the world to another.”