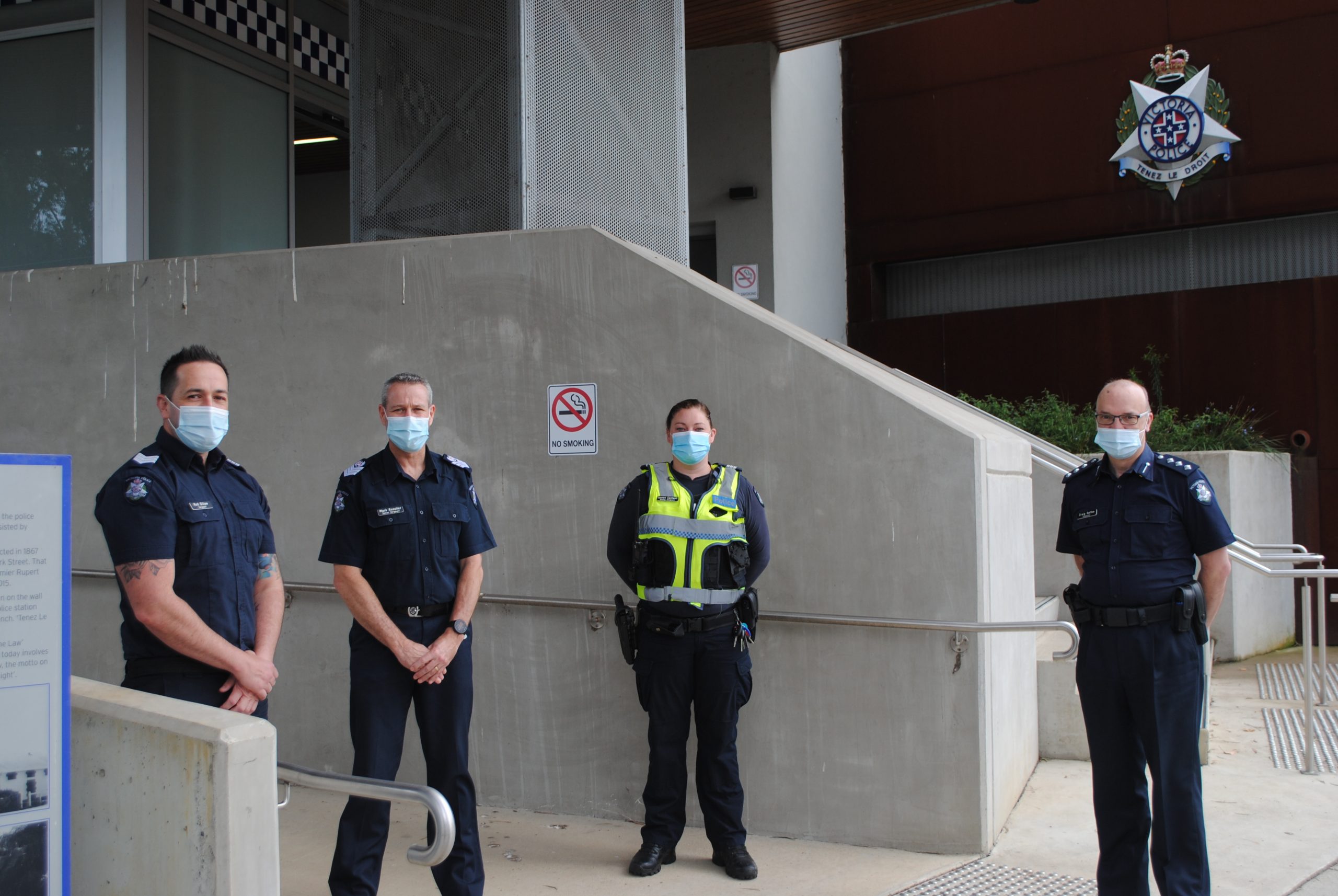 MORE than 20 new police officers have begun work across the Bairnsdale division since July, as part of the biggest spend on regional policing in Victoria Police’s 167-year history.

In March, it was announced the Wellington and East Gippsland police service areas, which are included in the Bairnsdale division, would receive 23 additional police during the coming 12 months – the most significant number of new police ever provided to the region in one allotment.

Since the announcement, 12 frontline constables have already begun work at stations across Heyfield, Maffra, Rosedale, Bairnsdale, Cann River, Mallacoota, Omeo and Orbost, while four new sergeants have begun work in Sale, two at Bairnsdale, two at Lakes Entrance, one at Omeo and one at Orbost.

In addition, there will be an Operational Safety Tactics Training member in Sale, increasing capacity to train locally.

There will be one extra for Yarram, which brings its number up to two sergeants and seven others.

Inspector Gaffee said particularly for Heyfield and Rosedale, the increased numbers would provide those stations with the ability to provide enhanced service delivery.

“Heyfield, Maffra and Rosedale pretty much work together – so this would increase that to 30 shifts over a fortnight between those three,” he said.

Loch Sport, Stratford and Briagolong remain at one-member stations, but Inspector Gaffee said the increased resources in Sale would allow more opportunity to provide more police to holiday areas and areas of need.

“We provide extra police to Loch Sport over summer anyway, based on previous years and data around jobs,” he added.

Inspector Gaffee said decisions made as to where to increase numbers were based on a state-wide staff allocated model which targeted areas of highest need.

He said the increases in police numbers would provide an increased ability for police to connect within local communities as part of Victoria Police’s CommConnect program.

“People should now see more police on the beat than ever before, deterring offences and disrupting criminal behaviour,” Inspector Gaffee said.

“It’s all about providing a safe community.”

More than 30 new of the 80 promised police officers have begun work across the Bass Coast, Baw Baw and Latrobe police service areas.