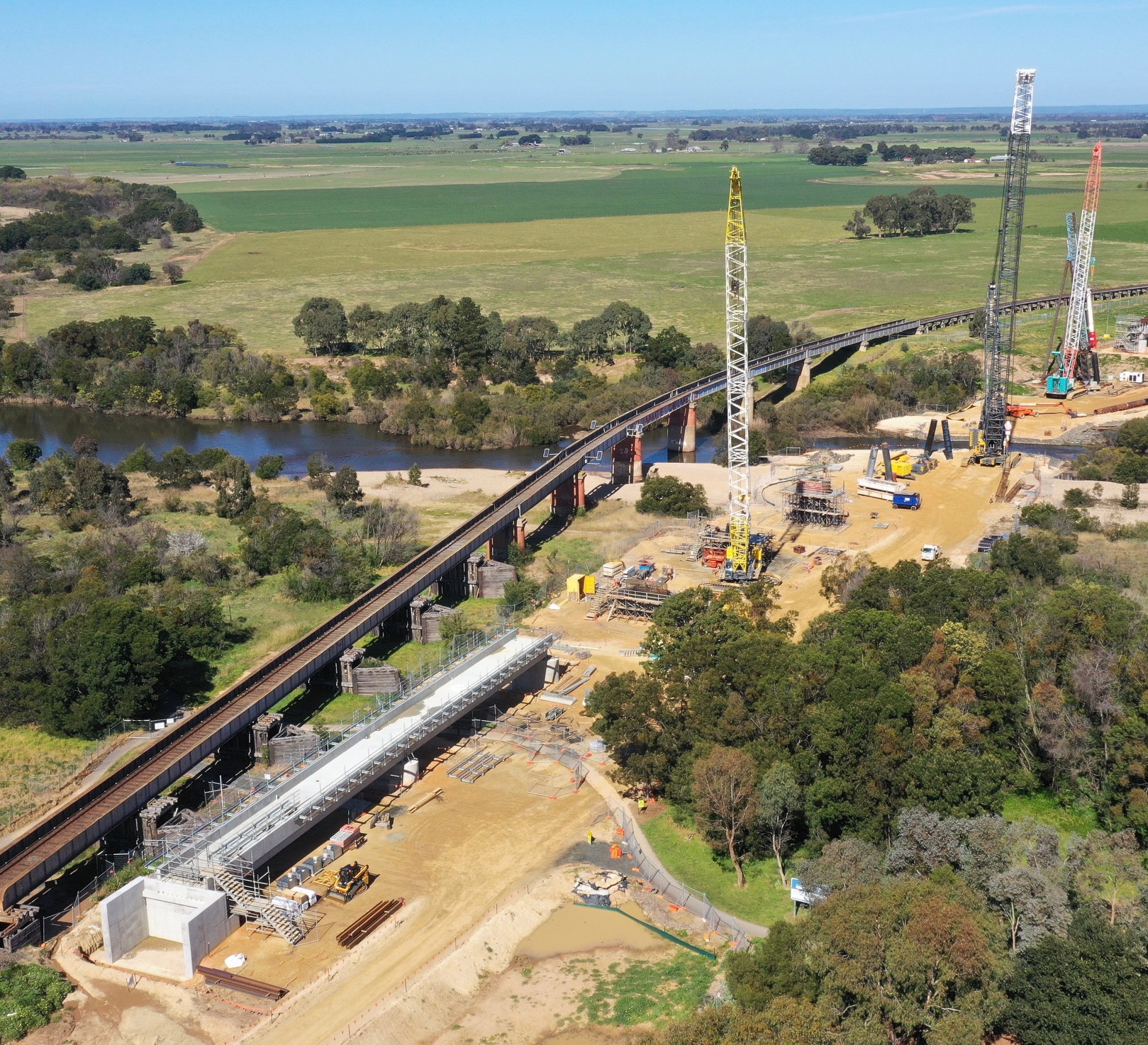 THE new rail bridge over the Avon River in Stratford is on track to be completed ahead of schedule, with trains able to travel on the new structure from December.

The Avon River Bridge is part of the Gippsland Line Upgrade, which will allow more frequent and reliable services for passengers by duplicating track, extending the Morwell crossing loop, upgrading level crossings and signalling and adding second platforms at four stations along the line.

“It’s fantastic that works on the new bridge are finishing early, especially given crews have worked under modified conditions for most of the year,” he said.

“We know how vital this is for our regional communities reeling from the impacts of COVID-19, which is why we will continue to deliver projects like this under our record $110 billion infrastructure pipeline which supports local jobs and economies right across the country at a time when it is needed most.”

During the construction blitz from Saturday, November 28, to Sunday, December 6, crews will work about 3500 hours to complete the track and signalling works to connect the new bridge to the rail line, remove sections of old railway track and sleepers and undertake landscaping works.

State Transport Infrastructure Minister Jacinta Allan said more than 1100 tonnes of concrete had been poured to form the bridge deck and more than 15,000 cubic metres of earth had been moved to make its new embankments.

“The past few months have seen a massive effort to bring this new bridge to life, with plenty of involvement from local workers and suppliers,” she said.

“Local contractors have worked hard on the project, and we’re focused on continuing to support the local economies of Stratford and Gippsland through the Gippsland Line Upgrade.”

Gippsland MHR Darren Chester said the McAlister St level crossing would continue to be upgraded to feature boom gates and a pedestrian crossing, improving safety for passengers, motorists and pedestrians.

“Trains will be able to travel up to 90 kilometres per hour on the new bridge, a vast improvement on the 10kmh limit on the existing bridge,” he said.

“The Avon River Bridge has given Gippsland more than 130 years of service, and this is a real chance to celebrate the bridge and its place in the region’s history.”

As the completion date rolls nearer, the final pairs of massive 60-tonne beams will be lifted into place and the walls attached.

Eastern Victoria MLC Jane Garrett welcomed the inclusion of a mural on the wall of the new bridge, which local artist Ray Thomas will begin painting later this year.

“Locals have been given a sneak peek of the fantastic mural that represents so much of our region’s history and heritage – I can’t wait to see it go up on the bridge,” she said.

Coaches will replace Bairnsdale trains for all or part of the journey from November 28 to December 6 while works are underway to get the new bridge ready for use.

Passengers have been advised to plan their journeys and book tickets in advance, as coach departure times may vary. Passengers can find out if they are affected at bigbuild.vic.gov.au or by phoning 1800 800 007.

The federal government has contributed $79.45 million to the bridge project and the state government $7.55 million.

Construction on other sections of the Gippsland Line Upgrade will continue until late 2022.