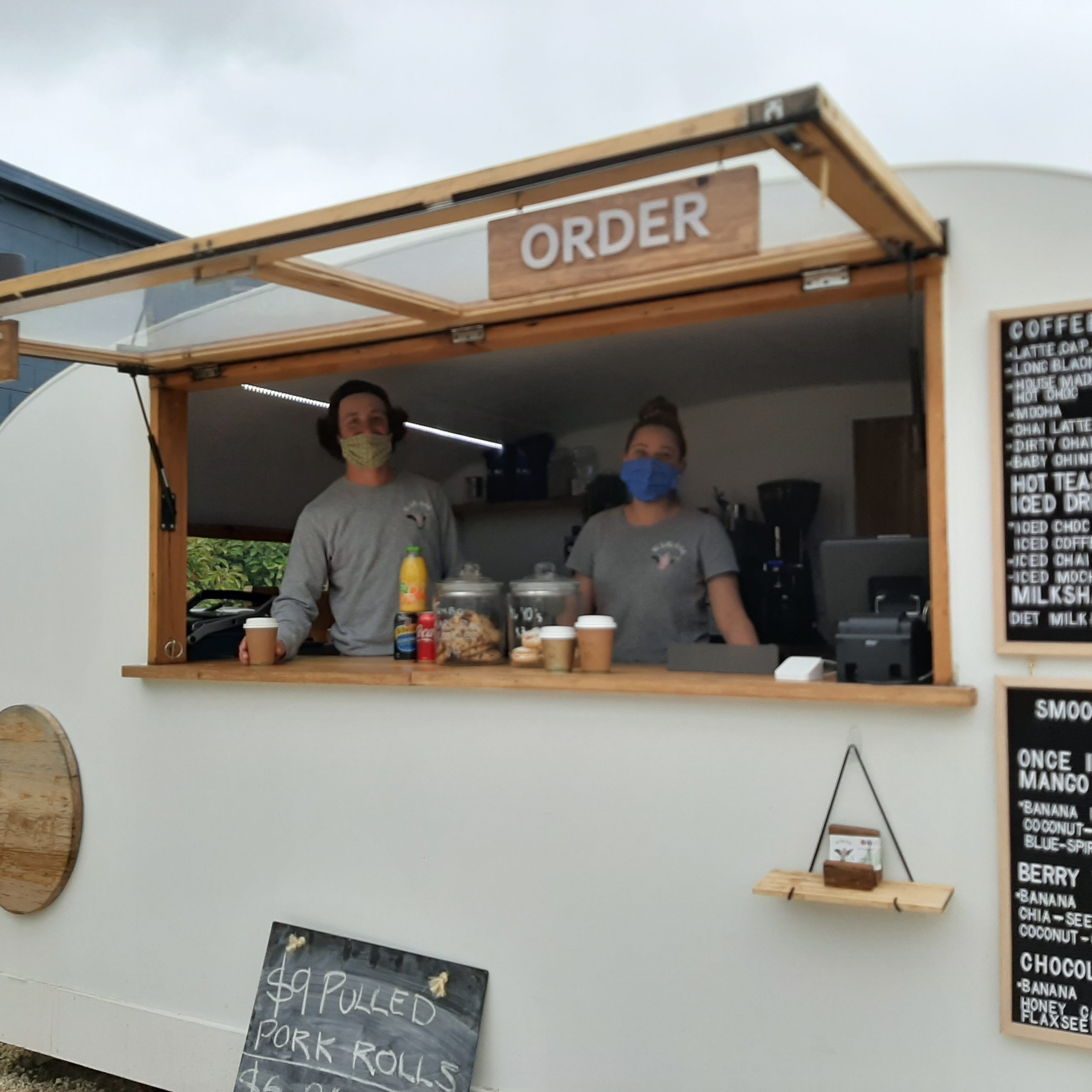 A FEW months ago, buying a coffee in sleepy country town Cowwarr was a simple choice – you either went to the Cowwarr pub, which does a good brew, or you went home.

Now, a decision to allow two new coffee vans to operate almost side by side in Main St has left all three businesses competing for customers in a town of less than 400 people.

Cowwarr Hotel owner Jarrod Michael said he was not at all opposed to “fair” competition, but couldn’t understand how two coffee vans were given the go-ahead to set up just metres apart, and across from the road from his pub.

“I would be fine with one, but two is ridiculous,” he said.

“It’s been a hard year with bushfires and COVID-19 so it seems strange that this was allowed in such a small town.”

The owners of one of the vans set up on private land in Main St and moved in a few months ago, after a long search for the “right” location and after jumping through several expensive hoops to get licences and approval.

Lena and her partner Jimmy are keen to maintain good relationships with the other businesses and said they wanted everyone to succeed, but were upset that the approval process had allowed both vans to move into the same location.

“We spent a lot of money on this and it is disappointing that this has happened,” she said.

Like the second van that moved in a few weeks ago onto public land next to the Cowwarr Hall, the couple went through a lengthy registration process using the ‘Streatrader’ website, which allows people to apply to their local council, and when the application is approved the applicants can sell food anywhere in Victoria by submitting a statement of trade.

Frustratingly, neither coffee van owners knew of the other business when they applied, with Lena and Jimmy applying for a permit through Latrobe City Council in January, and Louise from Mean Beans and Country Cuisine applying through Wellington Shire several months ago.

In addition, the approval process was slightly different for both because one is on private land and the other is on public land.

But Lena said while she loved operating from Cowwarr and business had been good, she would not have chosen the site had she known what was about to happen.

“No way I would have moved here,” she said.

“It’s such a niche business and we weren’t allowed to go anywhere within the Latrobe CBD area because of existing businesses,” she said.

“I have complained to the council, but all I was told was that as long as both vans have permits, there’s no reason why two vans can’t be here.”

Louise said it was quite a busy spot, and believed their differences would help them both service the community and the passing traffic.

“When we found out half way through our application, we did ask the council about it [Wellington Shire Council] and they said they are not allowed to restrict trade,” she said.

“I think with COVID and all that’s happened in Gippsland, the council is very positive about us opening up a business.

“They have been very supportive and appreciative that people are having a go in these times, and without the huge overheads.

“We were originally opening this because the shop closed last year and there was a lack of food, and we had planned to do catering in the hall, but COVID put a stop to that for the time being.”

Understandably, Jarrod Michael is still not happy, and is hoping the coming holiday rush and a busy summer will make up for his losses.

Latrobe City’s communications department said the council could not provide a comment before deadline.

The Wellington Shire Council communications department was approached for comment but had not responded by deadline.