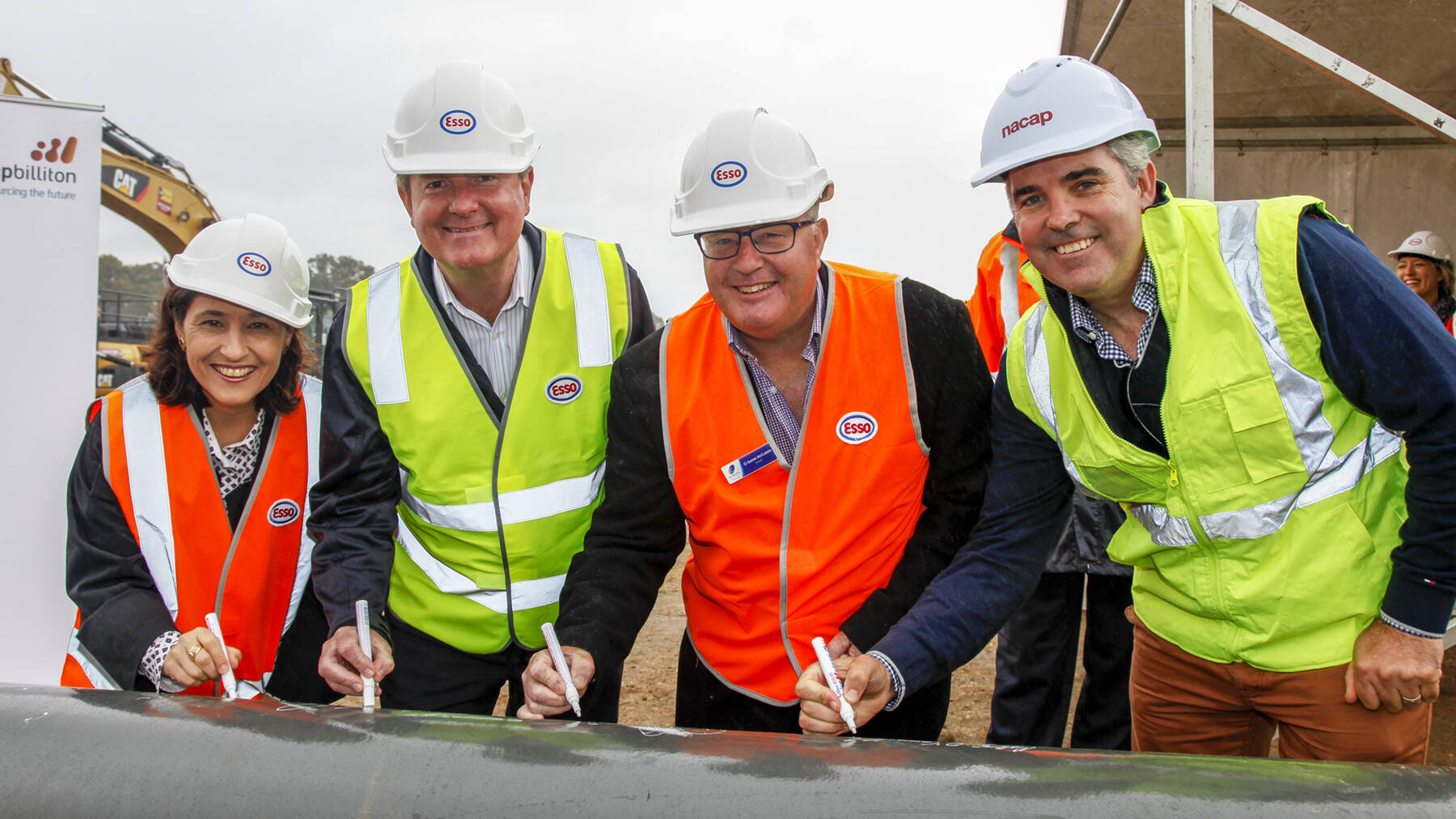 FORMER chairman and lead country manager of ExxonMobil, Richard Owen, has elected to retire from the company after more than 37 years of service.

He began his career with Esso at its Longford Gas Plants in 1983, and still has family links in Sale.

During his career, Mr Owen has held several senior positions in Australia, as well as in the United States, Germany and Indonesia.

“My first three years at Longford were a fantastic start to my engineering career and an opportunity to establish a lot of practical process engineering skills,” he said.

“There were no personal computers and most work was done by hand. There were ample opportunities to work with pumps, compressors, separators, and distillation columns to improve capacity or recoveries.

“When I was working in mechanical design and offshore surveillance, my role involved upgrading the fire systems and working on water handling systems. In that mid-80s period, I got to visit all our offshore platforms in Bass Strait.

“However, it was my first international assignment in New Orleans which was a real eye-opener about how our global organisation operated. It was amazing to see that so much was the same right across the breadth of the organisation, but at the same time there were some key differences.

“Meanwhile, my role in Alaska provided a great opportunity to learn how to develop and foster external relationships, as the state government, whose majority of revenue came from oil taxes, was very much focused on engaging with industry.

Mr Owen remembers his time in Germany as a great experience with a highly trained organisation that was focused on precise execution.

“My assignment in Germany also provided us with some opportunities to travel throughout Europe, which luckily we did, given it will likely be more challenging in our post-pandemic world,” he said.

“Moving on to Indonesia as the lead country manager, my wife Jenny and I appreciated the immense support we received from the Indonesian team. Their assistance was much needed, especially in helping us adjust to some of the stark differences compared to living in Germany.”

After spending more than 12 years abroad, Mr Owen returned home when he was appointed as the chairman of ExxonMobil Australia in 2013.

“I was so fortunate to be able to return to lead the Australian business and help guide us through some very challenging times and am really proud of everyone in the Australian team for their commitment to helping us continually move forward as an affiliate,” he said.

Mr Owen oversaw a raft of investments across the Australian upstream and downstream operations, including the successful completion and commissioning of the Kipper Tuna Turrum project and the Longford Gas Conditioning Plant, a new helicopter fleet to safely transport the offshore workforce, the replacement of the Longford to Long Island Point liquids pipeline and the increase to Altona refinery’s production.

“Looking back over the different jobs, in different countries with different cultures, what stands out to me is the quality of the people I’ve worked with,” he said.

“I have particularly enjoyed mentoring and coaching others and seeing people grow and develop over the years.

“Our business is one of the most vast, technical and challenging there is, but in any industry, I think the key factors to success are to have an open mind, be curious about everything and to have a strong support network.”

Mr Owen attributed a large proportion of his success to his wife Jenny.

“Jenny has been a crucial partner to me throughout my career, and I am looking forward to spending my retirement years together with her as we embark on many new adventures together.”