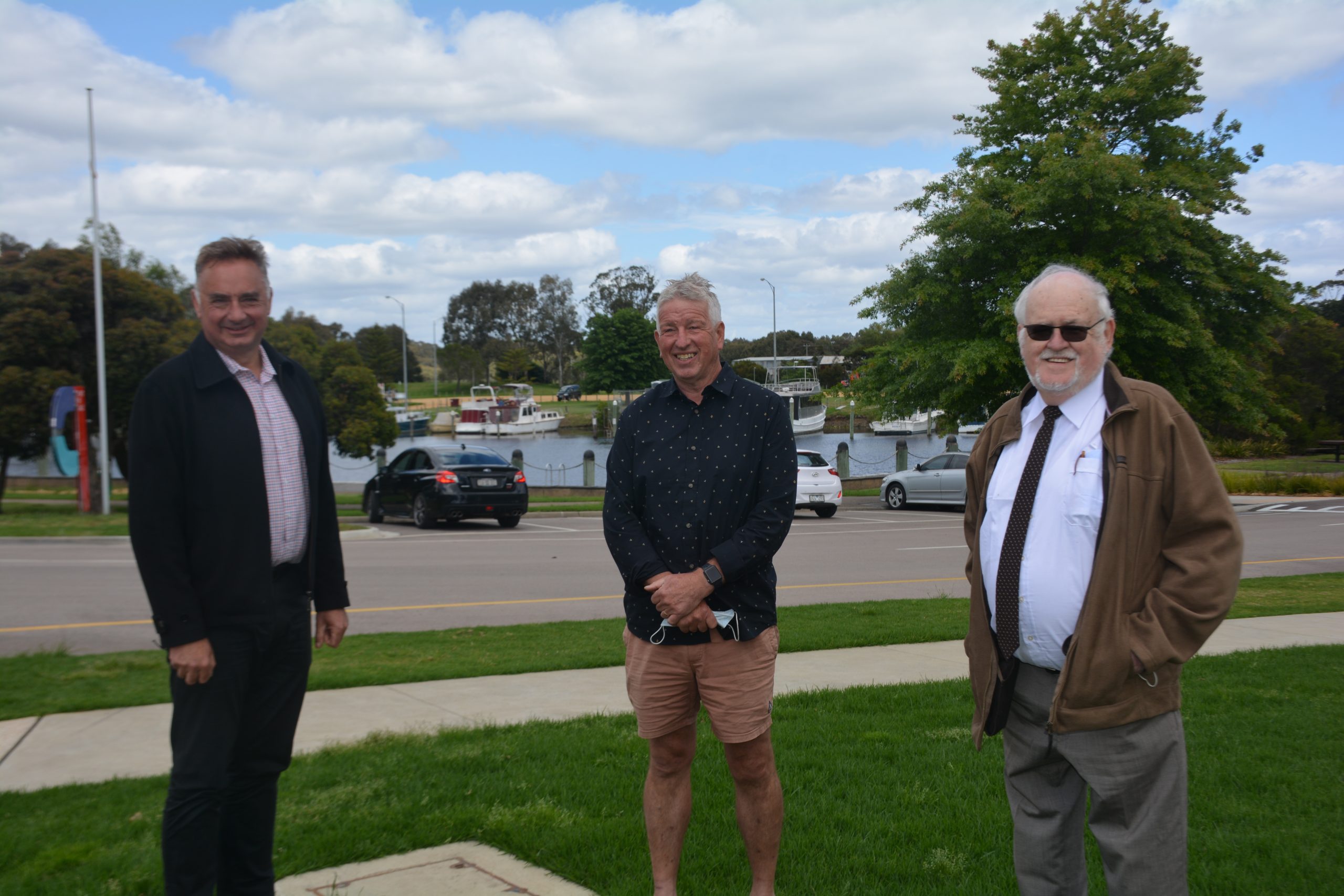 THE results of the Wellington Shire Council elections show voters want some stability, but also an injection of new blood.

Alan Hall, mayor for the past two years, was the only member of the previous council not to seek re-election after one term.

A former mayor, Mr McCubbin had been a councillor since 2002, while Ms Ripper entered council after winning a countback of votes in 2017 following the resignation of Keith Mills.

Scott Rossetti, who retained his spot in the Central Ward along with Ian Bye, said there was a good mix of councillors elected.

“(There are) lots of different views, which is great,” he said.

“I think there will be a whole lot of different concepts discussed around the table, but ultimately, when you come to an agreement, get things done, that’s what it’s all about.”

Mr Rossetti, who is entering his fourth term on council, said Wellington Shire had been well served by its councillors, and expected the same with the latest crop.

“The people who have been elected – re-elected and the new ones coming on board – seem to bring a lot of stability to this council, which is really important, because 40 per cent of our budget, give or take, comes from state and federal government,” he said.

“State and feds don’t like putting money in where the councillors are all over the shop.

“We’ve been pretty good in the last decade, getting a whole lot of funding in for lots of great projects, right through the shire, from the state and feds.

“There are plenty of examples of councils who haven’t because they’ve been unstable.”

With council working on the projects such as further development in the Port of Sale precinct, Aqua Energy in Sale and sporting infrastructure, Mr Rossetti hoped to continue improvements to local roads.

“The main street’s looking fantastic, but there’s still more work to be done, with the special charge schemes, the roundabouts coming along in Macarthur St and Market St,” he said.

“In Sale itself, it will be great to see the progression on the intersections of Bunnings and also the intersection of McDonald’s – those are areas that we are certainly doing some work on.

“Obviously [regarding] the COVID recovery, we’re more fortunate than many areas.

“We’ve got some industries that aren’t as impacted as severely as other places.”

Mr Bye, who was first elected to council four years ago, topped the primary vote in the Central Ward (centred on Sale) with 21.52 per cent, followed by Mr Rossetti with 20.32.

Both fell short of the 25 per cent quota needed to secure a spot on council automatically, but earned re-election with the flow of preferences from Deanna Gunning, Kathy Mansfield, Dirk Maclean, Akarna Bowers and David Strauss when they were excluded from the count.

Mr McCubbin had the third highest amount of primary votes, with 14.49 per cent, but was beaten to the quota by Ms Wood, who received 13.45 per cent of the primary vote, through preferences.

In the Northern Ward, which includes Maffra, Stratford, Heyfield and Rosedale, Malcolm Hole and John Tatterson reached the required quota on the primary vote, with 33.32 and 28.31 per cent respectively.

Even after preferences from their votes were distributed, none of the other three candidates had enough votes for the final spot.

The exclusion of Christos Iliopoulos saw Carolyn Crossley, who has been on council since 2012, claim the spot ahead of Ms Ripper by 151 votes.

A councillor since 2000, Mr Hole welcomed the increase in support from his community.

“There’s several reasons behind it as far as I’m personally concerned,” he said.

“One was the message I got verbally as well as emails was ‘don’t destroy our history’ – don’t let the McMillan cairns be destroyed.

“The second major issue that came through was the protection of the native timber industry, to make sure that we keep the jobs, not only just in Wellington, but right across eastern Victoria.”

Among the ideas Mr Hole is looking to bring to council this term is a regional all-abilities water play park.

“It’s been a dream of mine for about three years,” he said.

While his previous experience as a council manager will help, Mr Tatterson admitted there would still be plenty to learn before settling in the new role.

“It gives you an understanding of the governance of council and how council works, but certainly from a community’s perspective I’ve got a fair bit to learn,” he said.

“I look forward to working with the community.”

Mr Tatterson said sport and recreation facilities was an issue “dear to my heart”.

“Part of the strong reason why I was standing for the Northern Ward is the association with the different sporting clubs, through cricket, tennis, footy and badminton,” he said.

“Footpaths are a critical thing in all our towns right now, with people on mobility scooters, people need to be able to get out and get around.

“Certainly the COVID thing has really enhanced the need for people to have good access to good footpaths, for nice walks around their town to get out and stay active and mentally fit.

“We need to carefully plan where we’re going to spend our money and plan the facilities so our facilities are appropriate for all our towns.”

Having entered council together in 2016, Garry Stephens and Gayle Maher were both re-elected in the Coastal Ward, which includes Yarram, the 90 Mile Beach and Gormandale.

Mr Stephens was the clear winner of the primary vote, claiming 42.04 per cent.

Preferences from Mr Stephens resulted in Ms Maher and Mr McKenzie elected ahead of Alison Kelly.

Mr McKenzie was the only “Team Welly 2020” candidate to gain election to council, with Mr Iliopoulos and Mr Maclean unsuccessful.

The new council will be sworn in, and the new mayor elected, on Thursday night.