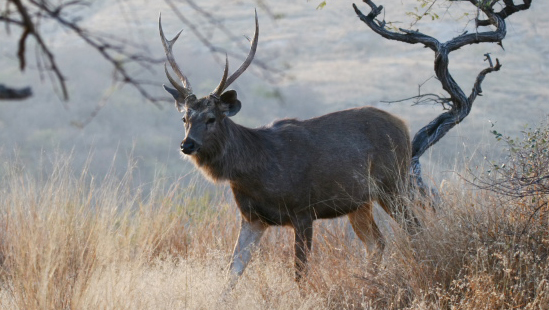 Sambar Deer was the most harvested species with an estimated total harvest of 131,258, of which 60 per cent were female.

Fallow Deer was the second most harvested species, with an estimated harvest of 30,307 deer, of which 62 per cent were female.

The number of recreational deer hunters licensed to hunt deer in Victoria peaked at 41,985 by the end of the year.

The research also shows that each active licensed deer hunter harvested an average of 6.8 deer and was active for an average of 13.6 days in 2019.

The most popular hunting areas were around Licola, Dargo, Mansfield, Wodonga and Myrtleford, with the highest number of deer harvested around Bairnsdale, Dargo, Myrtleford, Mansfield and Whittlesea.

Most of the deer were taken from public land. GMA chief executive Graeme Ford said the 2019 deer hunting season continued the trend of an increasing annual harvest.

He said the information would be used to help inform decisions about deer management and the management of hunting on public and private land in Victoria.

Throughout 2019, 2600 licensed deer hunters were surveyed to gather information about their hunting activities including how many deer they harvested, where they hunted, what hunting methods were used and the species of deer they harvested.

The report was produced by the GMA in collaboration with the Arthur Rylah Institute for Environmental Research.

For a full copy of the ‘Estimates of the 2019 deer harvest in Victoria’ visit www.gma.vic.gov.au.