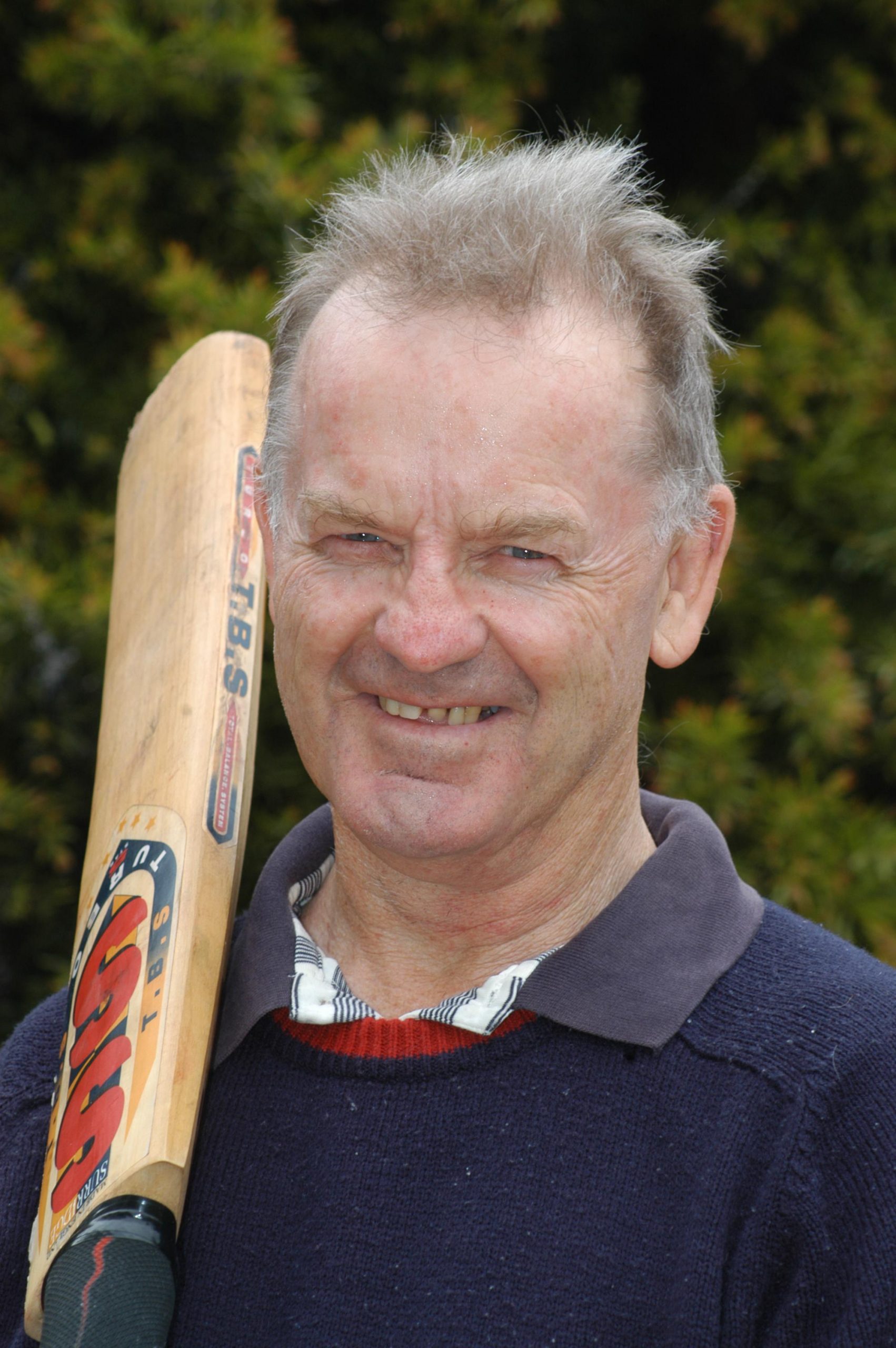 AS a former Gippsland Times sports reporter, Blair Campbell’s claim to fame was not from reporting what happened on the sports field, but what he did on it.

Blair played VFL football for Richmond and Melbourne and first class cricket for Victoria and Tasmania.

His VFL career was relatively short – 20 games spread over three seasons. Many players who have played significantly more games have long been forgotten, but Campbell’s legend lived on because he was credited with having invented one of the most spectacular types of kicks in the game – the boomerang or banana kick.

In terms of skill and excitement, a well-executed banana kick through the goals from an impossible angle is hard to beat.

Blair himself never claimed to have invented the kick. Instead he freely admitted, as an adolescent while attending the football with his father, having observed the late Bill Young, incidentally from Stratford, who was playing for St Kilda at full forward, use it to great effect.

Intrigued by the way the ball could be turned around corners while in flight, he practiced it sufficiently in his youth so that he had more or less perfected it when he came to VFL football as a teenager in the mid-1960s.

Blair made his debut for Richmond on his 20th birthday in 1966 and amazingly, kicked a goal after the siren to win the match.

His time at Tigerland coincided with the start of the ‘Hafey era’, but missed the 1967 triumph because of injury, and when Richmond won another premiership in 1969 – Campbell had been cleared to Melbourne.

He did however play in Richmond’s 1966 reserves premiership, and was named best-on-ground in a game best remembered for the great Royce Hart kicking the sealer.

Blair played 12 matches with Melbourne in 1968, but further knee problems ended what was a promising but ultimately unfulfilled football career.

The following year he debuted for Victoria in the Sheffield Shield. Blair played for Prahran in district cricket, the same club as Sam Loxton, one of ‘Bradman’s Invincibles’ and a man, like Young, he admired greatly.

He played seven of the eight games for Victoria in the 1969-70 season, where Victoria topped the table and were crowned champions in a time before a final was played.

With opportunities seeming to have dried up by the mid-1970s, he moved to Tasmania to revive his first class career.

Although team success eluded him in Tasmania, it did give him the opportunity to test his skills against international opposition when the island state played India, England and the West Indies. As a consequence he can lay claim to having dismissed the likes of Vivian Richards, Alvin Kallicharran, Clive Lloyd, Collis King, Derek Randall, David Gower and Graham Gooch.

At the end of his career with Tasmania he returned to Victoria and recommenced playing with the Prahran Cricket Club.

In the mid-1980s he moved to Sale for employment and commuted back to Melbourne for cricket for several more seasons.

Eventually, he retired from district cricket and commenced with Sale Cricket Club.

At the Swans, he also captained them to three wins in the Fischer Cup.

Then, in the early 1990s, somewhat unexpectedly, Blair moved to Collegians where he spent the next nine seasons.

His Sale-Maffra career ended with two seasons at Maffra where he managed to top the bowling in 2000-01 with 25 wickets, before retiring through the seconds at age 56.

Amazingly, despite starting his SMCA career at age 40, he finished with more than 600 first grade wickets at a touch over 11 runs per wicket.

Blair also played SMCA representative level for several years. He played 40 games for the Sharks as well as a three-match cameo for Caledonia.

Blair won many individual awards over his career, and his status as a local cricket legend was ensured when he was named as the front line spin bowler in the SMCA Team of the Century.

Bowling left arm wrist-spin, Blair bamboozled countless batsman over many years and is regarded as one of, if not the best, bowler the SMCA has ever seen.

He was also well known for his charisma, flair, and various eccentricities, often driving opponents, umpires and even teammates mad with his wit and exuberance.

Off the field, Blair had trained as a journalist and he wrote for the Gippsland Times for nearly 20 years under columns such as ‘Be There With Blair’ or ‘Through the Covers’, which were half news-half opinion pieces. The opinion pieces often garnered controversy when Blair decided an issue needed to be aired.

He also wrote often of Bill Young, who having retired to Stratford decades before, was still a favoured hero and close friend.

Ironic that they should both pass in the same year.

During his 20-plus years in the district, Blair was an enthusiastic champion of junior football and visited many local schools to pass on the skills of the game and the mysteries of the banana kick.

A few personal remembrances were the night he challenged me to a 100 metre sprint at the College Oval.

Although 14 years my senior, he obviously thought he had my mark as he was prepared to put a can of coke on the line as a wager. Thankfully, I drank the spoils that evening by a narrow margin.

For years, I had and continue to be known in cricket circles as ‘Angry Anderson’, a nickname that afflicts many Andersons due to a certain singer, but Blair always referred to me simply by my initials, DA – a welcome change.

I also remember the humorous poems written on a whim following a good win or outstanding performance of a teammate with the occasional mention of an opposition player who had not fared so well.

At one point he convinced me to help him create an online blog of cricket stories.

He had the most atrocious hand writing that had to be deciphered but his stories were interesting and varied from local cricket to West Indies spinners of the 1950s – alas it is all gone now.

He also generously put me in touch with the former great Australian all-rounder Keith Miller, which led to several prized signed photographs that adorn my wall.

I remember visiting his home and seeing his hat-trick trophy without the ball. He explained the ball had still been in pretty good condition and the boys needed one for practice.

I was also heartened to read the many tributes to Blair left on social media by both teammates and opposition players in recent days.

Blair played by a pretty hard set of rules, no quarter given, a bowler who sledged the batsman, and a competitor like no other.

He was a good friend to have.