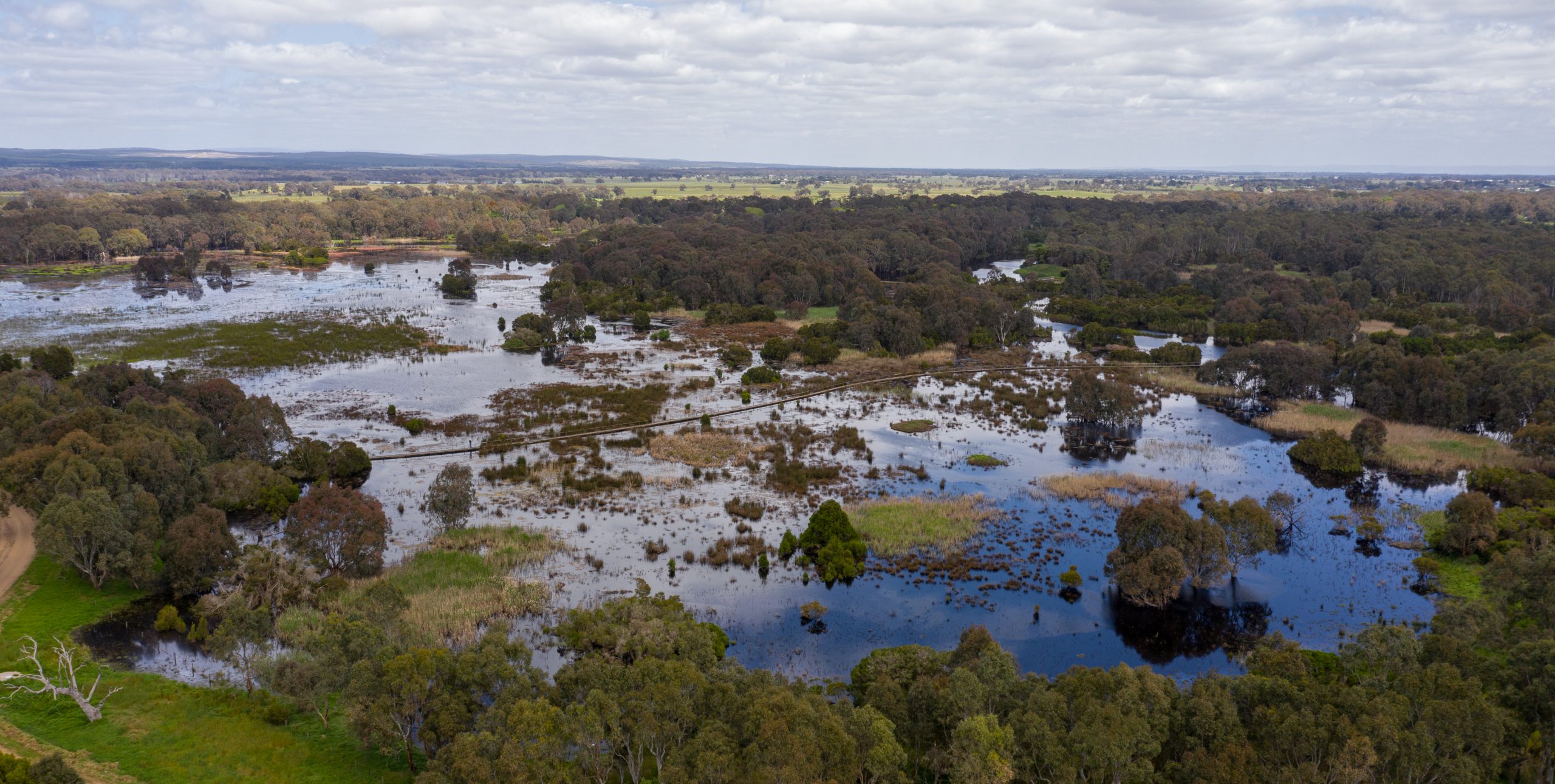 THE rains of spring have certainly been welcomed by farmers, but local waterways are enjoying the flush of fresh water too.

With more than 200 millimetres of rain having fallen in some areas of the Latrobe and Thomson river catchments in the past 90 days, both of those rivers and the downstream wetland areas and Lake Wellington have had their best flows in more than eight years.

“but these are just great seasons for our rivers and wetlands”.

“When rivers get a good inflow, it revives the river, and gives native plants, fish and animals a real boost,” he said.

Rainfall throughout the Latrobe and Thomson catchments as well as good falls in the Macalister and releases from Lake Glenmaggie have resulted in areas around Sale in particular benefitting from the flows.

“The Sale Wetlands are seeing a wonderful, reviving flood at the moment,” Dr Clements said.

“Lake Wellington is in its best condition as far as salinity since 2012, which while still salty compared to fresh water, is indicative of the difference good rainfall can make.

“One of the upshots of this is the possibility that the fresher condition of the area will allow a spoonbill-egret colony to re-establish.

“These birds like to eat the bugs and vegetation that live in fresh water.

“Up until now it has been too salty for them, so we’re hopeful that we might see some in coming weeks, along with a few other rarely-sighted birds.”

One of the catchment authority’s roles is to manage water for the environment.

These are flows introduced to a waterway from a storage to boost a river’s health, and are particularly important during dry times.

However, Dr Clements said natural events caused by high rainfall provided many more benefits than releasing water for the environment.

“These natural over land flows for areas like Dowd Morass flush the salt out much more effectively than water for the environment,” he said.

“Just the volume and spread of the water being so large, brings many more benefits.

“Our water releases are really just keeping the waterways and wetlands going until these natural events occur.”

All the areas receiving this spring flush are publicly accessible and provide a great venue for bird watching and frog spotting.

“We’d certainly encourage people to visit these areas like the Sale Wetlands or Dowds Morass which are truly wonderful areas,” Dr Clements said.

“Plan your visit, grab your binoculars, keep an eye out for snakes of course but also download things like the frog ID app to help map the natural life that is right in our backyard.”

AT the time the Gippsland Times went to print Monday morning, RAAF Base, East Sale had recorded 20 millimetres over a 24-hour period, with more rain expected to fall throughout the day.

Local rain gauges were recording a good drop in most parts of Wellington Shire, with readers reporting about 9am yesterday that 24mm had fallen overnight in Briagolong, Seaton and Denison, 22mm in Maffra, 21mm in Bundalaguah, 20mm in Upper Maffra West and 16mm in Heyfield.

The rain will now be followed by a week of mild weather with temperatures in the mid to high 20s – ideal conditions to get gardens and paddocks flourishing across the region.

A burst of summer this Saturday will have the region sweating when the mercury is expected to reach 36 degrees Celsius.

If it hits the anticipated maximum temperature, the day will be the hottest locally since January 31, but not quite as high as November 21 last year, which reached 40 degrees.