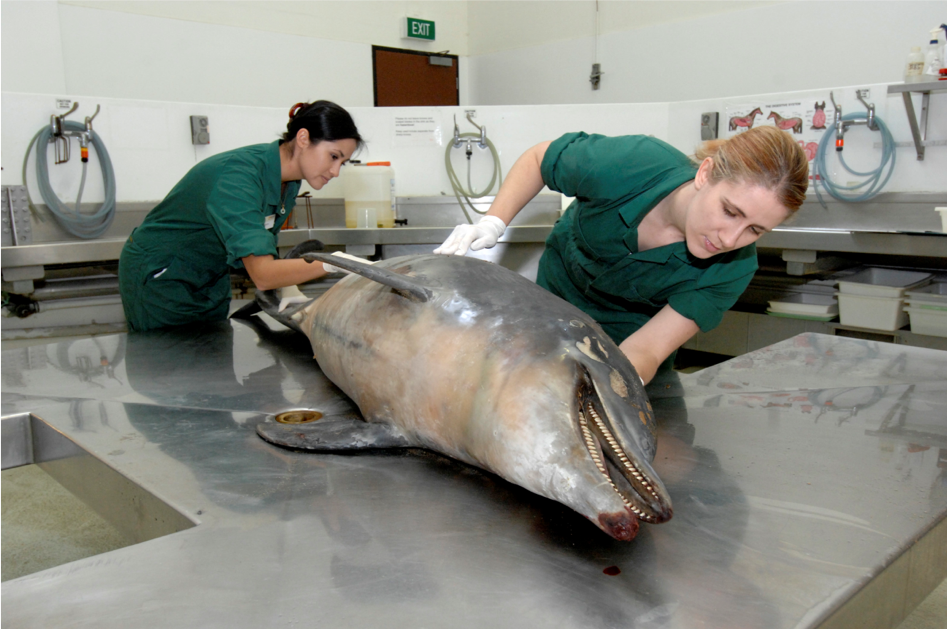 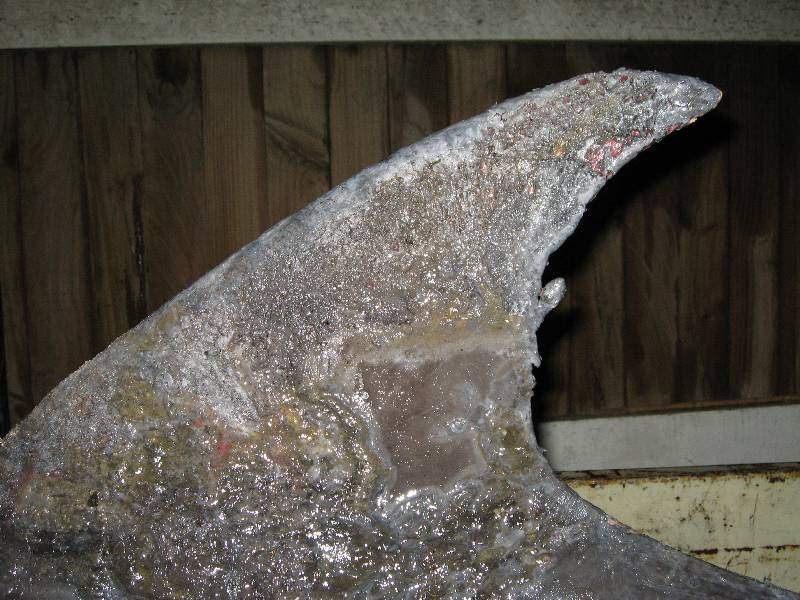 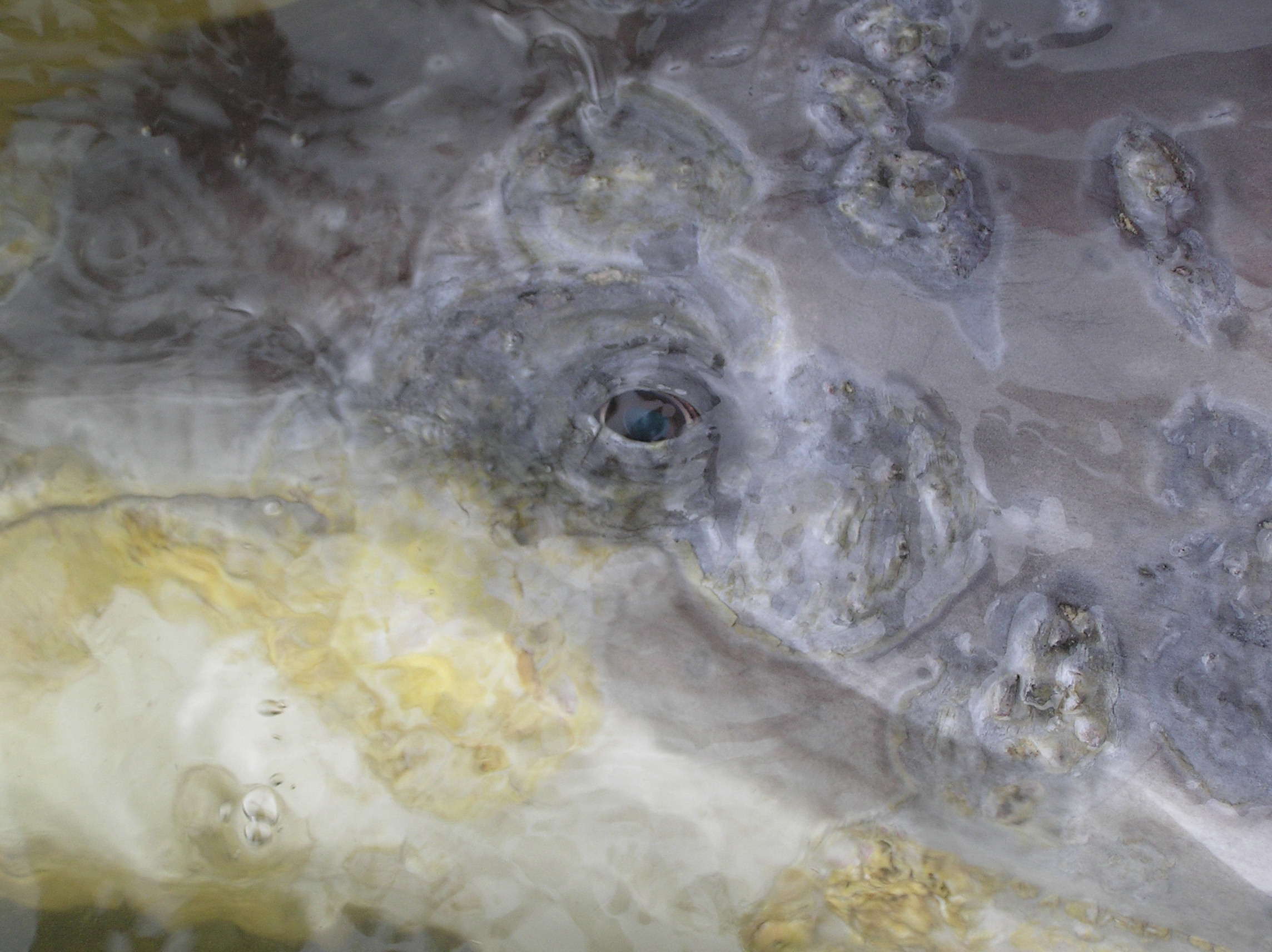 THE Gippsland Lakes could lose its iconic Burrunan dolphins within decades to a fatal skin disease caused by the changing climate, a study has found.

The Department of Environment, Land, Water and Planning has been working with partner agencies to determine the cause of the deaths this year of four of the Gippsland Lakes Burrunan dolphins, which are listed as endangered under the Flora and Fauna Guarantee Act 1988.

At the time it was thought increased salinity exacerbated by years of drought, coupled with heavy rainfall in September following the bushfires, was likely to have caused extra sediments and nutrients to run off the ground and wash into the lakes system.

However, in collaboration with Australian researchers who looked at the 2007 deaths of three Burrunan dolphins in the lakes system, an international study has now shed further light on similar mortality events, and found definite associations between fresh water dolphin deaths, hypo (or low) salinity and water temperatures.

The discovery is groundbreaking, being the first time since the disease appeared in 2005 that scientists have been able to link a cause to the condition that affects coastal dolphin communities worldwide.

It is estimated there are very few of the Burrunan dolphins – a type of rare bottlenose dolphin – left, possibly only about 65 in Gippsland and another 120 in Port Phillip.

Recent monitoring of the dolphins in the Gippsland Lakes has revealed that about 80 per cent of them are affected by skin lesions.

Study co-author Dr Nahiid Stephens said even less than that were females which were likely to reproduce successfully to continue the population and species.

“Given the population’s small size, and given they face other threats, such as fishing line-gear entanglement and, naturally-occurring infectious diseases, in addition to worsening climate change, this is a very real fear,” she said.

The study looked at the 2007 Gippsland Lakes dolphin deaths, as well as the deaths of Indo-Pacific bottlenose dolphins in the Swan-Canning River system, Western Australia.

Dr Stephens, a lecturer in veterinary pathology at Murdoch University, said the researchers believed the 2007 deaths were caused by the same or similar factors which led to the 2020 outbreak in the Gippsland Lakes.

One of the common features of the 2007 events was an abrupt and marked decrease in salinity (from more than 30 parts per thousand to less thanfive parts per thousand) due to rainfall in the catchments, with hypo-salinity persisting weeks to months.

Because the water became hypersaline only gradually over a period of the drought year, the dolphins were able to adapt and cope.

But from late June to early July 2007, the Gippsland Lakes were subjected to heavy sustained rainfall resulting in a ‘100-year’ flood event.

The second was a dermatitis that ultimately led to severely ulcerated skin lesions and compromised the dolphins’ health.

Given that climate change is expected to drive more frequent and severe droughts and floods, Dr Stephens said it was likely that this freshwater skin disease would affect more dolphins in the future and put at risk existing populations.

She said if the dolphins currently living in affected waterways died off, they wouldn’t necessarily be replaced by other dolphins.

Dr Stephens said dolphins were particularly susceptible to an “unpredictable environment”, including the physiological stress of inhabiting a highly variable environment.

She said there must be increased efforts to reduce or remove the multiple threats dolphins face “and save ourselves and other species whilst we’re at it”.

“This means we, as part of this, need to take aggressive individual and collective action against climate change,” she said.

“We are on the cusp of losing our chance to act in time – we must not miss.

“I would also encourage everyone, as dolphin lovers and lovers of this beautiful region, to get involved with The Marine Mammal Foundation – a not-for-profit charity focussed on education and conservation”.

THE Burrunan dolphin (Tursiops australis) is a special species of bottlenose dolphin, found only in the Gippsland Lakes and parts of Port Phillip Bay.

DELWP reported in November that some of the dolphins in the Gippsland Lakes were getting sick and dying from a skin disease.

DELWP is working with the Marine Mammal Foundation to try and find out why the dolphins are getting this disease again, as it has happened before, notably in 2007 after major bushfires.

Marine Mammal Foundation director Dr Kate Robb, said they monitored the dolphins in the Gippsland Lakes regularly, and most recently recorded about 80 per cent of them with skin lesions.

“Six dolphins have died and we’ve seen others in very poor condition,” she said.

“We don’t know why this is happening, but it could be linked to heavy rainfall after the bushfires washing sediments into the lakes system.

“This is a distressing situation and we’re concerned about the welfare of affected dolphins.

“We’re looking at options to minimise the impacts of this disease on the animals.

“We will continue to monitor the dolphins, take samples for pathology and investigate the cause, but we need help from the public so we can see how many dolphins are showing symptoms, how many more are dying and do as much testing as possible.

“If you are on or around the Gippsland Lakes and you see a dead dolphin, or one that looks sick and has ulcer-like lesions on its skin, please report it immediately to the Whale and Dolphin Emergency Hotline 1300 136 017, with the location, date, time and number of animals.

“Don’t go too close or touch the animal, whether it’s, alive or dead as you could compromise our sampling and subsequent testing,” Dr Robb said.

“Please remember to follow the Wildlife (Marine Mammal) Regulation and stay at least 100 metres away from dolphins if you’re in a powered or unpowered vessel, and at least 300 metres if you’re on a jet ski.”

DELWP and EPA said they would continue to monitor the water quality of the Gippsland Lakes regularly for algae species and levels, temperature, salinity and turbidity.