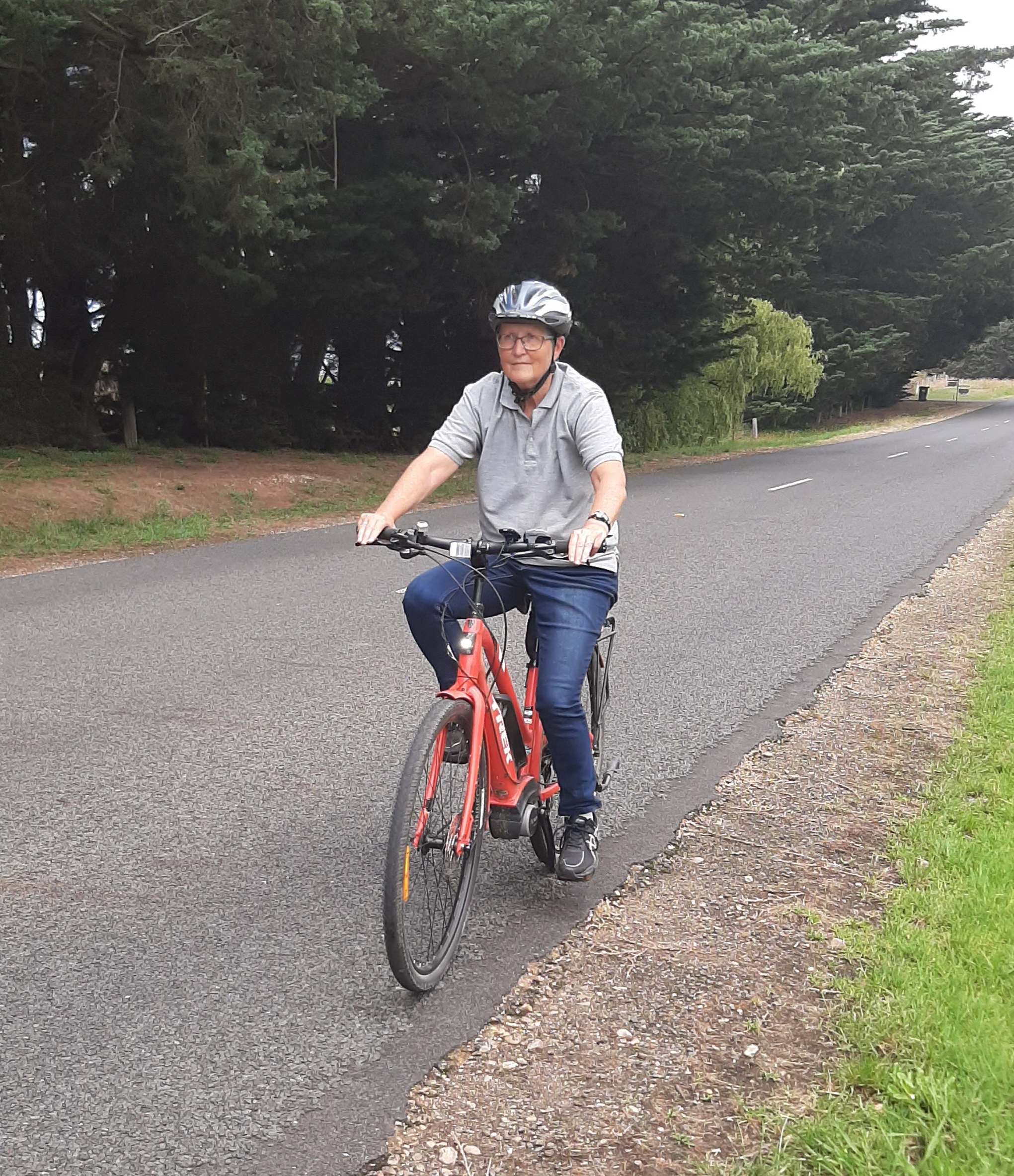 bikes themselves, and not adhering to stringent legal standards or road rules.

And he warned anyone thinking about putting an engine on a bicycle to think again – as in most cases it is illegal.

“We would say to the community that anyone who notices these riders in an area to call us and we will investigate and make ourselves known to these people,” he said.

“There are large fines and they will get a massive wake-up call.”

Kerry Wilson from Push ‘n’ Pedal Cycles said there seemed to be “quite a few” people in the shire with homemade motorised bicycles, with the shop often having to turn away people asking for repairs or parts.

“We can’t do anything for illegal motorised bicycles, because it is against the law – they don’t meet Australian standards and we wouldn’t and can’t help them,” she said.

Ms Wilson said it was not just young people who rode illegal electric or petrol bikes, as many people would assume.

“It’s usually a type of person, but it’s surprisingly a range of ages, from young to old.”

She said while some people were a bit confused about the laws on motorised bikes, most didn’t care and just thought they wouldn’t get caught.

Bicycle Victoria points out that it is up the individual to make sure they know and comply with the laws around motorised bicycles, but concedes they are “confusing”, with each state having different legislation.

In September 2012 the then Public Transport and Roads Minister Terry Mulder announced a change to the Victorian Road Rules to allow a Pedalec – or electric powered assisted vehicle – to be used as a bicycle in Victoria.

The main reasons for the change was to give people increased transport options and encourage more road users to cycle as a form of sustainable transport.

Cyclists must obey the same road rules as drivers, plus some additional bicycle-specific rules.

Under Department of Transport (VicRoads) legislation, motorised bikes are limited to a power output of 200 (for throttle controlled bikes) or 250 watts, with a top power assisted speed of 25kmh in Australia.

If the parameters are not met, a rider can only use the power assisted bicycle on private property, a department spokeswoman said.

For petrol powered bicycles, there is little confusion.

These are classed as motorcycles and Victoria Police says the rules are very clear.

“The petrol motorised bicycle is not classed as a bicycle if the motor is the primary, or main source, of power or the motor’s power output exceeds 200 watts,” a Victoria Police spokesperson said.

“In that case, riders must obey road rules, hold a motorcycle licence, wear an approved motorcycle helmet, and have the vehicle registered,” she said.

However, the majority of converted petrol powered bicycles are illegal, because they do meet safety standards, she said.

Sale woman Maree Langshaw, who has ridden with a social riding group for more than 30 years, is a recent convert to motorised bicycles, and says it is frustrating that people on illegal bikes give motorised bicycles a bad rap.

“Electric bikes, or e-bikes, are fabulous fun and they certainly get people back on the bike and active,” she said.

“But there are people out there who don’t care about the laws and regulations, and they are a danger to the public.”

Mrs Langshaw, who lives in a quiet part of Sale, said she and her husband often heard illegally converted motorised bicycles roaring around the back streets.

“You see them flying around here sometimes, no helmets, no regard for anyone’s safety, and no consideration,” she said.

Fellow cyclist Heather Watts said the auxiliary motor on legal e-bikes was to provide assistance to the rider, for example when cycling uphill or against the wind, or to enable more people to enjoy the benefits of cycling.

Ms Watts says if it wasn’t for her motorised bike, instead of cycling up to four times a week, she’d probably be sitting at home on the couch.

“I really love them; there is definitely a place for motorised bicycles – it’s just a shame some people don’t do the right thing,” she said.