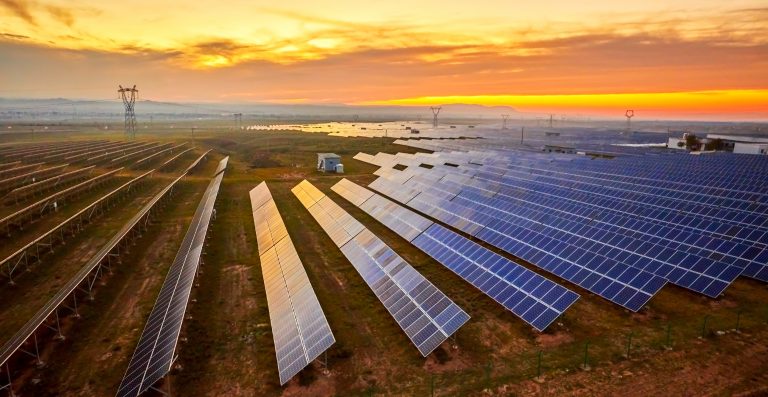 MORE than a dozen major investment projects throughout the Wellington Shire are poised to create thousands of jobs, boost the local economy and lead Gippsland’s recovery from COVID-19.

A mix of government and private projects are in the pipeline, with most of the development focused on privately funded clean energy projects incentivised by government grants, which have turbo charged the sector and inspired innovation.

One of the most visible construction projects, the much-awaited $25 million TAFE Gippsland campus at the Port of Sale, is currently in the early stages of construction, but is dwarfed in terms of size and cost compared to projects in the wind and solar sector.

Another, the ambitious Gippsland Renewable Energy Park, includes a planned eco project that will have a solar farm, battery storage system and green hydrogen production.

The park involves a 2347 hectare (5800 acre) site in the Giffard area, which will assist the state government in meeting its target of 50 per cent renewable energy by 2030 and shore up additional power supply in the event of the early closure of coal fired power stations.

The project is being developed by Solis RE in conjunction with local stakeholders, Marathon Electrical chief executive Brett Singh and the Ferguson Family.

Mr Singh, who grew up in Briagolong, said he was passionate about revitalising Gippsland, and ensuring jobs for the future.

“This is a massive plan; Gippsland is on its way to becoming the renewable energy hub of the state,” he said.

Construction should begin on those projects this year.

All up, the project is estimated to cost $2.6 billion and create hundreds of local jobs and opportunities for regional businesses.

To ensure there are enough local tradespeople skilled in renewable energy technology, the Australian Renewable Academy – a collaboration of Gippsland businesses working in conjunction with SolisRE and local stakeholders – is expected to begin training in Sale within the year, with recruitment agencies already scoping for applicants.

The most expensive project and another Australian-first, the $8 billion to $10 billion Star of the South offshore wind farm, could provide about 20 per cent of Victoria’s energy, and power about 1.8 million homes.

“Offshore wind has huge potential for local job opportunities and re-skilling workers to continue the region’s proud history of power generation into the future,” she said.

Ms Coldham said economic modelling showed that if Star of the South was built to its full 2.2 gigawatt capacity, it had the potential to create about 2000 direct jobs in Victoria during its lifetime, including around 760 Gippsland jobs during construction and 200 ongoing local jobs once it’s up and running.

The project is in the early feasibility phase, with Victorian and Australian government environmental approvals needed to build and operate the offshore wind farm.

The state government has shown its commitment to supporting Gippsland as a leader in renewable energy, recently announcing Gippsland would become one of six renewable energy zones under a $540 million plan to smooth the way for solar and wind projects across the region.

At the time, a government spokesman said the zones were expected to be “the energy hubs of the future … unlocking new renewable energy investment that will support economic growth and jobs”.

At this rate, procuring new generation will make a significant contribution to helping Victoria meet the 2025 target of 40 per cent renewable energy, and the legislated target of net-zero emissions by 2050.

About the same time as the zones announcement, Energy Minister Lily D’Ambrosio announced that green energy companies would be able to access $100 million in state government funding to develop new technologies to help fast-track renewable projects.

The money is to help fund new technologies, including offshore wind energy generation.

The federal government has also recently jumped on board the renewables boom, committing $1.62 billion towards the Australian renewable Energy Agency as part of a $1.9 billion package in support of ‘low emission’ technologies during the next decade.

The support is expected to result in an increase in the already unprecedented number of large-scale clean energy projects underway or close to development across Gippsland.

Overlooking the Hazelwood Power Station, the Delburn Wind Farm is a proposed, 33-turbine wind energy project in the Strzelecki Ranges to the south of the Latrobe Valley.

Preconstruction is expected to begin this year.

A little further west, the Maryvale Energy From Waste facility will divert about 25,000 tonnes of non-recyclable waste from landfill and reuse it to generate steam and electricity to replace natural gas and coal-fired electricity.

SUEZ Australia and New Zealand have committed 150,000 tonnes per annum of commercial and industrial waste.

The energy from waste project ‘combined heat and power’ facility will be located adjacent to Opal Australian Paper’s Maryvale pulp and paper mill, which is already one of the largest renewable energy generators and consumers in the state.

While renewable technology has largely been embraced by communities wanting cheaper energy and an economic boost, there are detractors.

Gippsland Climate change activist and blogger Peter Gardner said not all “clean energy” technologies were value for money, could offer long term employment, or were actually better for the environment.

“It’s good to see some of these projects, such as the Gippsland Renewable Energy Farm and solar and wind farms going ahead, but I have serious concerns about the cost and efficiency of carbon capture and storage, and coal to hydrogen projects, which I believe are a waste of money,” he said.

Mr Gardner said he would like to see government supporting more proven clean energy solutions, and the projects in the pipeline were just “scratching the surface” of what was possible with effective renewable energy technologies.

“The state government has been quite supportive, but I’d like to see the federal government step up and do more to support some of these projects because what is currently proposed won’t meet the future demand for clean energy,” he said.

Opposition from local residents has also hindered the progress of some projects.

Late last year residents fighting the proposed Alberton Wind Farm had a win at the Victorian Civil and Administrative Tribunal, which overturned a planning permit for the wind farm, ruling that the project proponent, Synergy Wind, had breached planning guidelines in its application.

And other energy-related projects which proponents say have the potential to create jobs and investment in Wellington Shire and the Latrobe Valley have created waves in Gippsland communities.

The organisers of a controversial carbon capture and storage project in the waters off Golden Beach, CarbonNet, have faced community distrust over its seismic testing, and fears about the safety of the storage technology.

But proponents say carbon capture is the future, and the offshore Gippsland Basin is perfectly positioned to take advantage of the new technology, with the highest quality and largest capacity geological reservoirs of 25 major basins across the country.

A proposed mineral sands mine at Glenaladale has faced opposition, and residents of the Latrobe Valley trying to stop a Chinese lead recycler from building a smelter in Hazelwood North were devastated when Victoria’s Planning Minister Richard Wynne recently gave the project the green light.

This online article has been corrected.

The printed version incorrectly attributed the carbon capture project at Golden Beach to GB Energy, instead of CarbonNet.

GB Energy is the Australian company developing the Golden Beach Gas Project. This project involves initially increasing domestic gas supply by drawing down on a gas field. It will then transition to storage operations where gas will be removed and added to meet market demands.

The company says will allow operators to better address fluctuations in demand, decreasing the risk of market disruption and helping to reduce domestic natural gas prices.

CarbonNet is a state and federal government-funded project to find ways to capture and safely store carbon dioxide from fossil fuel industries.

The error was made by a journalist.