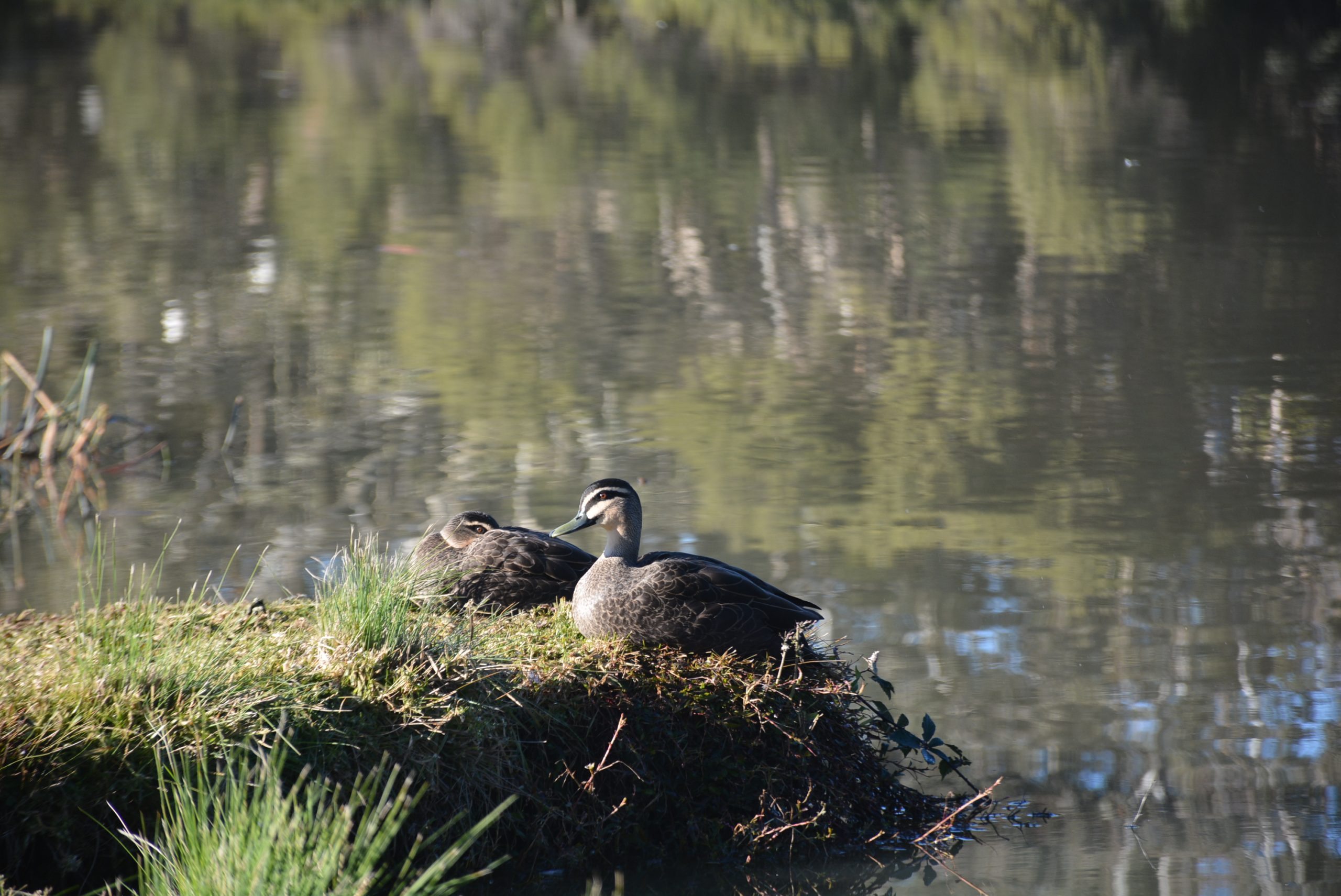 THE 2021 duck hunting season has been announced with a number of changes, infuriating those for and against the recreational activity.

The Game Management Authority announced on Saturday that this year’s season will be shorter, begin later, and have a lower bag limit.

Beginning Wednesday, May 26, the season will span 20 days, and close 30 minutes after sunset on Monday, June 14.

Hunting start times will be delayed until 8am from Wednesday, May 26, until Sunday, May 30.

Hunters have a daily bag limit of two birds, and will be prohibited from hunting the Blue-winged Shoveler across Victoria, and the Grey Teal and Chestnut Teal north of the Princes Highway.

The restrictions on hunting Grey Teal are because of reduced numbers and breeding.

Given the similarity in appearance of the Grey Teal and the female Chestnut Teal, both species will be prohibited from being hunted north of the Princes Highway.

Chestnut Teal are more commonly found in coastal wetlands, south of the Princes Highway, where they are permitted to be hunted.

The GMA said together with partner agencies such as Victoria Police, it would be patrolling public lands and private properties to ensure compliance with hunting, animal welfare and public safety laws.

As in previous years, the GMA said it would continue to monitor conditions in the lead up to and during the season, and where warranted, wetlands could be closed to hunting to protect concentrations of rare threatened species.

In response, Field and Game Australia released an emotional statement, saying it was outraged over the changes which it believed were strategically buried “amongst the news of ongoing tennis tournaments”.

“This announcement is outrageous to FGA and our members will not accept these modifications as these have not been made based on science and data, but more on appeasing those opposed to a duck season,” the statement reads.

“Coming off the back of a series of natural disasters and a pandemic, this is not what regional Victoria deserves for its economic recovery, especially during the onset of winter when most people would not travel on holidays.

“Internally, within the team and the board, we are struggling to justify our participation in this broken and biased season-setting process, where decisions are based on politics rather than on science and data.

“And to be restricted from hunting certain species, such as Teal, in areas which hunter conservationists have helped conserve, is inconceivable.”

Field and Game Australia said it will be writing to new Agriculture Minister Mary-Anne Thomas requesting she appoints an independent body to review the authority’s decision making and season setting process in determining their recommendations.

Victorian Nationals Leader Peter Walsh also slammed the season’s announcement, saying it sent the clearest message yet that the government had turned its back on regional Victorians.

“It’s the second year in a row that hunters have lost their season after Daniel Andrews’ COVID shutdowns in 2020,” he said.

“The Andrews Labor government will sell out any Victorian to secure radical green votes in the city.”

Conversely, RSPCA Victoria voiced its disappointment over the announcement of a season at all, urging the authority to review its decision.

Chief executive Dr Liz Walker said there were multiple, evidence-based reasons why the 2021 season should not proceed, including concerns around duck wounding rates and declines in waterbird populations.

“Duck hunting results in a substantial number of ducks being wounded, with some surviving, whilst others will suffer before eventually dying,” she said.

“Australian studies show approximately 26 per cent of birds shot with a shotgun will be wounded or maimed.

Dr Walker said of further concern were survey findings from the GMA’s summary report of hunters’ knowledge showed only 37 per cent of duck hunters could answer questions correctly that related to minimising wounding, and 87 per cent were not able to correctly answer how to dispatch downed ducks.

Last week, Pascoe Vale MLA Lizzie Blandthorn reminded state parliament she had moved a motion at the Victorian Labor Party state conference in 2019, seconded by the member for Melton, calling for a review of the government’s position on duck hunting.

“This motion was endorsed by an overwhelming majority of that conference,” she said.

“It is now 2021, but unfortunately this review has not yet been conducted – perhaps in part due to the obvious need to prioritise the response to the coronavirus pandemic, but it was back in 2019.”

Ms Blandthorn said evidence had proved bird numbers were down year after year, and that those who hunted ducks lacked an understanding of the rules around the activity.

“I believe that the Game Management Authority has to be conflicted at its core when it is required to provide for recreational hunting of native waterbirds, whilst also claiming to ensure their protection,” she said.

While the Agriculture Minister recently told the ABC the government had no plans to ban duck hunting, pressure is mounting after December’s release of the GMA’s 2021 season considerations painted a bleak picture for the future of duck hunting in Victoria.

The considerations noted that despite reaching La Nia thresholds in October, widespread above- average rainfall had not eventuated in 2020.

The authority said drought conditions between 2017 and 2019 had a significant negative effect on the health of wetlands and waterbird populations, with little large-scale waterbird breeding since 2013 (excluding 2016).

Duck abundance is the sixth lowest year recorded in 38 years, declining 23 per cent from 2019, despite an increase in available habitat.

Generally, when habitat availability increases so does game duck abundance, but this had not happened in 2020, the report reads.

The considerations include the Bureau of Meteorology’s prediction that rainfall in southern Australia was not likely to be sufficient to relieve long-term rainfall deficits, and higher than average temperatures over most of Victoria were likely to result in greater rates of evaporation and drying of wetlands.

They note hunting activity was significantly reduced in 2020 because of COVID-19 restrictions, the five and a half week season and three bird bag limit, but said despite this, waterbird abundance and habitat availability were continuing to show long-term decline.

The GMA listed Sale as the top town in Victoria for the total reported number of ducks harvested in 2020, despite the Environment Protection Authority Victoria’s warning not to consume ducks from the Heart Morass area because of the high levels of PFAS (per- and poly-fluorinated alkyl substances) found in local ducks.

While in 2018, an Australian panel found there was “no current evidence that suggests an increase in overall cancer risk”, international studies have found links between PFAS chemicals and breast and liver cancers, and the United States Environmental Protection Agency has stated there is evidence that exposure to PFAS can lead to adverse health outcomes in humans.

When developing advice on seasonal arrangements, the Game Management Authority consults with invited hunting organisations and animal welfare and conservation groups before making a recommendation to the Agriculture Minister.

In its submission, Field and Game Australia called for a 2021 season that reverted to pre-dawn hunting times on its first weekend, while Sporting Shooters Association of Australia and the Victorian Duck Hunters Association strongly supported a full 12-week duck season in 2021 with a 10 bird per day bag limit.

RSPCA Australia, the Coalition Against Duck Shooting, Animals Australia, Birdlife Australia and Regional Victorians Opposed to Duck Shooting called for the season to be completely closed, based on “dire environmental factors, significant long-term decline of all waterbird indices, lack of critical data concerning protected species and a lack of social-economic impact studies”.

The Agriculture Minister and the Energy, Environment and Climate Change Minister have the power to jointly make changes to season arrangements to ensure that hunting remains sustainable, responsible and safe.

Both ministers agree on the arrangements for the forthcoming season based on the GMA’s recommendation, and after considering any additional advice from their departments.

All licensed hunters must pass a Waterfowl Identification Test before being permitted to hunt ducks.

Details of the 2021 duck season, including any wetland closures, will be regularly updated on the GMA website.