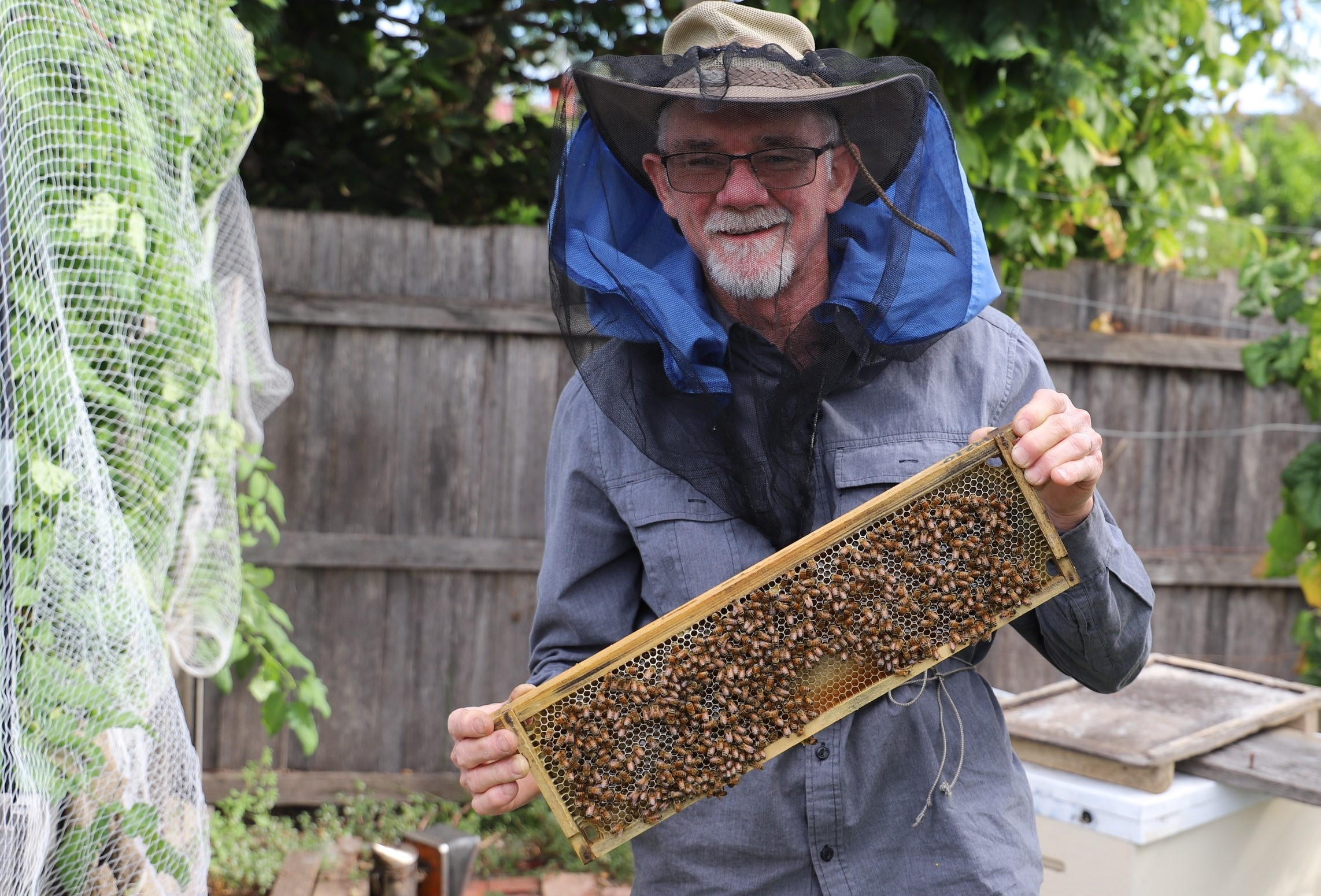 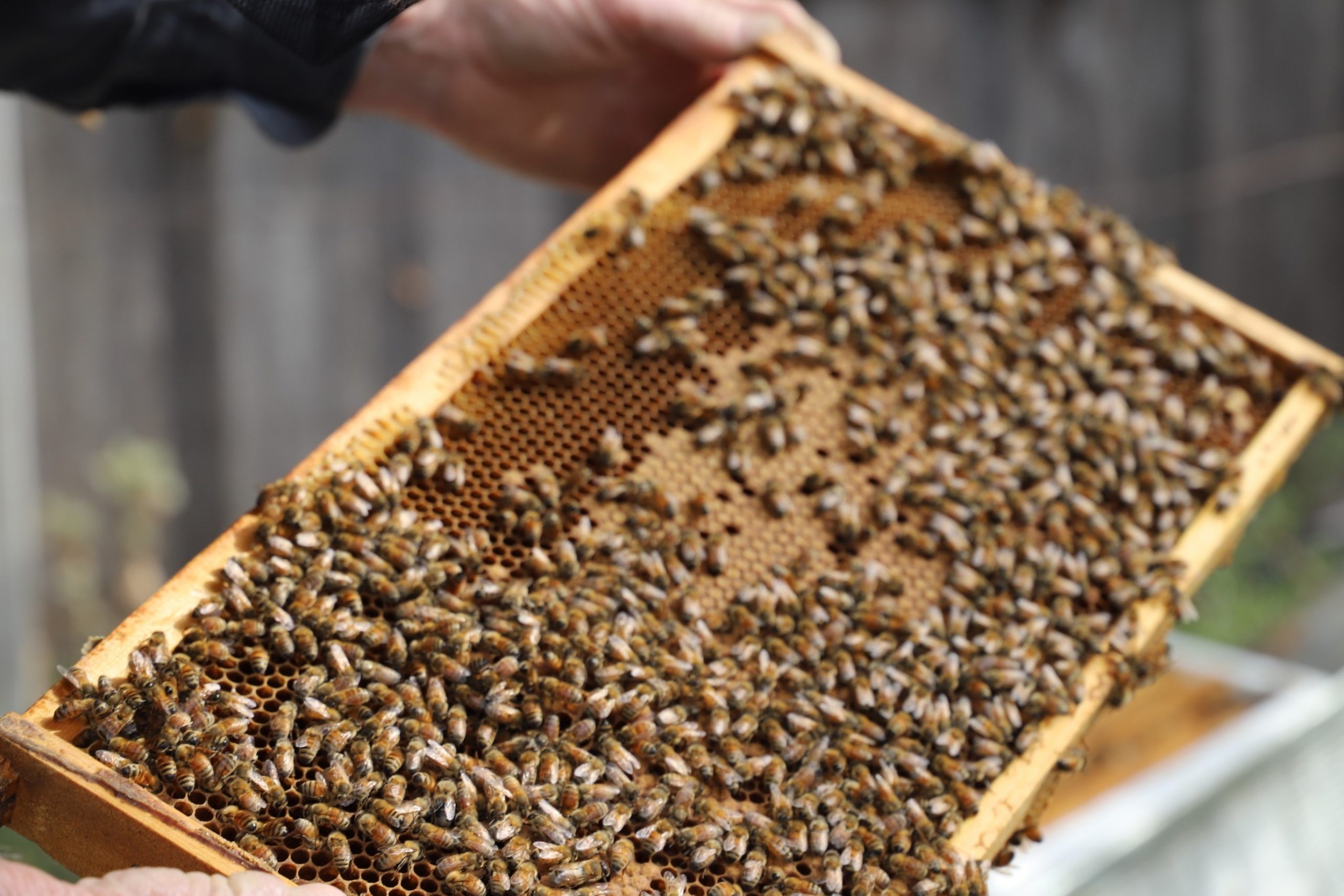 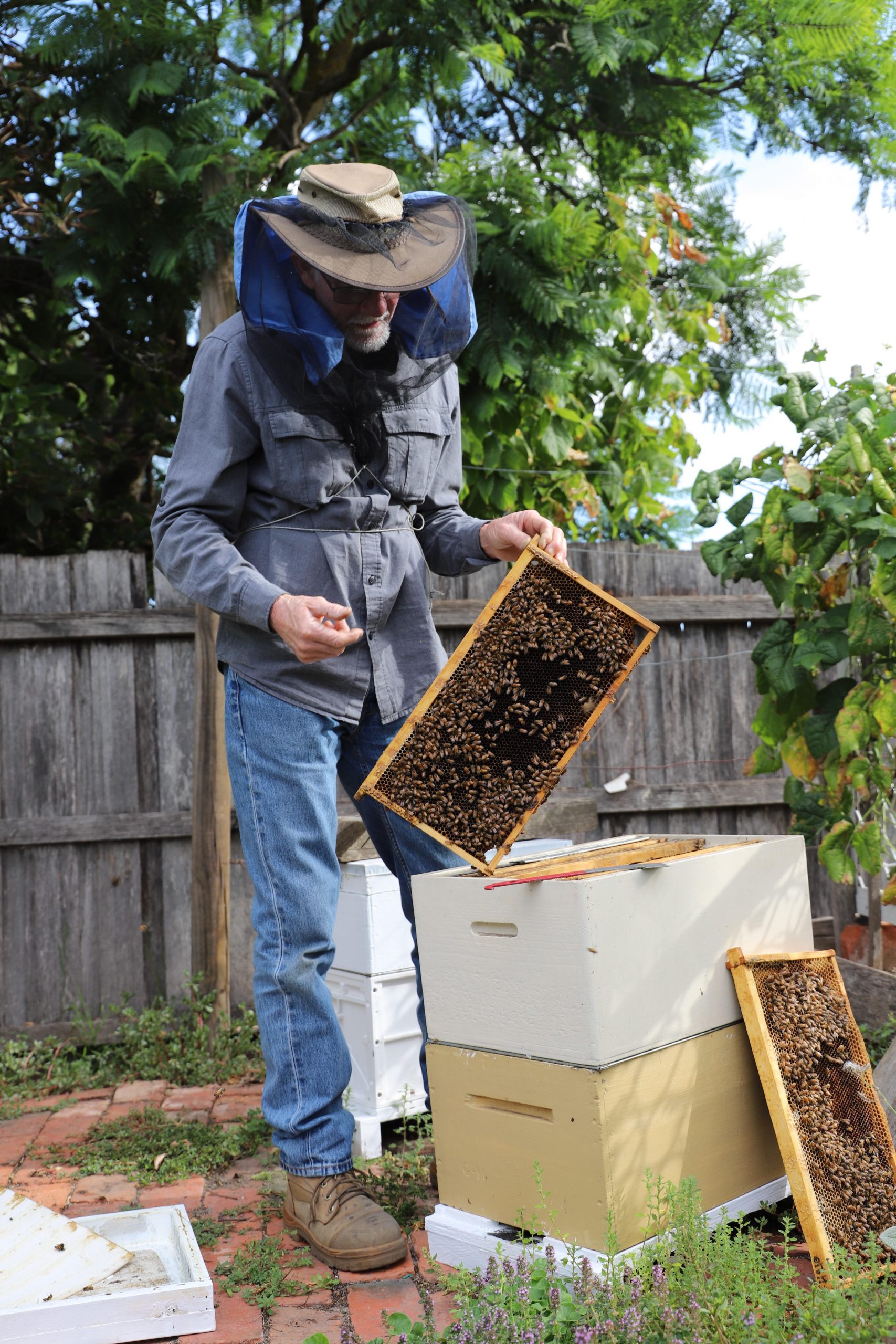 BUNDALAGUAH Primary School will be a hive of activity later this month, when Gippsland Apiarists Association holds its annual Beekeeping Field Day.

President Neville Hirth and his loyal band of local apiarists have been, well, busy as bees preparing for the day, aimed at encouraging budding apiarists to spread their wings.

Neville, who used to be cautious around bees and was even once knocked out by a bee sting, is now a seasoned pro at handling bees (and their rear ends).

He takes great care tending to his “ladies”, which are spread across somewhere between 15 and 20 hives locally.

Neville began his journey as an apiarist by chance, when a colony took up residence in a possum box in his backyard some 15 years ago.

After an apiarist friend helped him contain the swarm, he was hooked.

“I just found it so fascinating – you get to know the bees,” he gushes.

“Don’t underestimate the similarities between humans and bees.”

And he’s right – European honey bees are surprisingly similar to humans, and watching the politics, social sciences and drama of a hive for a week is almost as addictive as a week of reality television.

Queens rule the roost, and have distinct personalities, dictating the overall vibe of the hive.

If she’s a clean queen, the hive will be rid of pests.

If she’s a productive queen, there will be plenty of honey all around.

If she’s an angry queen, run.

Queens are looked after by female worker bees, who pretty much do everything – they feed and clean up after the queen and drones, clean the hive, nurse the young, build and repair wax cells, seal honey, pack pollen, guard the entrance, forage for pollen and water, fan the hive with their wings when it gets too hot and even carry out dead bodies.

Drones – the male honeybees that make up about five per cent of a colony – don’t do half the work of their female counterparts, and instead have two roles: eat and mate with queens.

They are booted from the hive in late autumn, when the female workers eventually decide they are a drain on resources.

“Unlike with humans, there’s no hospital – you’re alive or you’re dead, and if you’re not working, we don’t want you,” Neville says.

Neville says there’s plenty of reasons why people should get into beekeeping, not the least the environmental benefit it provides.

“We need pollination – there’s not enough, and there’s entire industries that rely on it, like the almond, avocado and macadamia industries,” he said.

“They’re even great for just your own garden, or if you’re growing veggies.”

And of course, backyard beekeeping comes with one particularly deliciously golden benefit – honey.

“One box of bees can produce up to 17 kilograms of honey, and if you extract a couple of times a year, you can double that,” he said.

“Like any farming though, it’s dependent on seasonal and environmental conditions.”

“The honey that you get varies greatly on where they’ve gone shopping,” he said.

Of course, honey also has medicinal and antimicrobial properties, and is full of antioxidants – but all of that is irrelevant to Neville, who is diabetic.

He doesn’t mind; he’s just in it for the love of the craft.

Neville even creates quite the buzz around the office, when he receives his queens via post, direct to front reception.

Much to the bemusement of his work colleagues, he stores them in the dark stationary cupboard for safe keeping, and hopes to God no-one mistakes the queen cage for a box of staples.

“You just get sucked into it, and then it becomes part of your life,” he said.

“I get told off when I’m driving for checking out the tops of trees for blossoming.

Based on previous years, Neville is hoping for a turnout of 100 or more people to the field day, but urges those who have been considering beekeeping to finally take the leap this year.

Rebuilding bee populations in Gippsland is important, with more than 320,000 hectares of honey-producing habitat burnt in east Gippsland during the 2019-2020 summer bushfires.

The field day will be held at Bundalaguah Primary School on Sunday, March 21, from 10am until 3pm.

There will be demonstrations aimed at beginners, who have either just bought a simple backyard hive or are wanting to.

Topics covered will include caring for a hive during winter, whether it’s necessary to feed the hive during cooler months, safe use of a smoker, how to spot disease and harvesting honey.

There will be a static display (without bees) demonstrating how to open hives and add a queen excluder, and a general explanation on brood and brood frames.

Live hives will be opened and brood boxes inspected, to determine the brood pattern and health of the queen and hive.

Beekeeping equipment will be raffled on the day. Volunteers are also needed, and those who can should take protective equipment for the live bee inspections and demonstrations.

Food will be available from the school’s parent group, with money raised supporting the school.